I have been quite busy in recent weeks  coaching some talented youngsters in preparation of the upcoming world ‘sub’ championships.  As a result I have had less free time to devote to my blog  and to my own playing.
Well not quite!  I am presently sitting in a StarBuck’s in central Barcelona, on my way to  the Spanish team championships which begins tomorrow in Sabadell.  Seven days of intense chess playing with a tough rouster of gms and ims…
Flipping thru some of the recent chess news in search for some blog material, I came across the following .  Enjoy.
LEKO ON THE JOYS OF TAKING A BREAK FROM COMPETITION

Super-GM Peter Leko recently took a break from chess.  In an interview given to Chess-In-Translation he explained why:

”I wanted to take a certain break. For the last 10 or even 15 years I’ve been playing non-stop at the very highest level, and after last year’s Dortmund I decided to take a break…But after two weeks I sensed I couldn’t get by without chess, it was my life, and I started to work on it…it was very pleasant simply to work while not experiencing the continual stress of knowing that tomorrow you’re again playing against Anand, Kramnik, Aronian or Carlsen, and you’ve got nothing in the opening!  Simply to work on chess and not think about what to play tomorrow.”
SVIDLER ON HOW TO PROMOTE YOUR CHESS TOURNAMENT 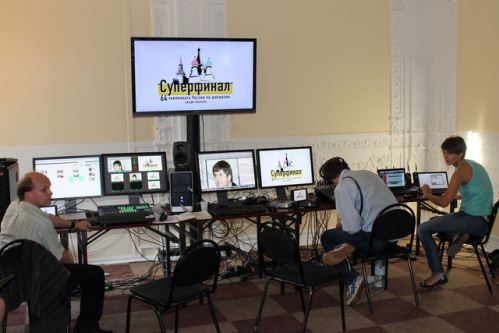 Peter Svidler recently won his 6th (!) Russian title and immediately afterwards gave an interview to Chess-In-Translation.  At one point he talked of the excellent internet coverage of the tournament and of the growing importance of the internet in promoting chess tournaments.

”The tournament should undoubtedly be included in the chess federation’s success stories. People I wouldn’t have expected told me they’d watched the tournament broadcast. It’s absolutely clear that broadcasting chess in this manner will interest and attract people who otherwise would never in their life have opened up a chess website. If you’ve got the resources then that’s precisely how chess should be covered…
There’s a huge class of people who would very soon tire of simply watching the pieces on a screen, but who would watch, let’s say, “Chess TV”. You’ve got a non-stop live broadcast in which you’re told about what’s happening on the board, you can see what the people look like, how they sit, and you’ve also got two commentators who help you to understand what’s going on.
And that’s a way of attracting people who otherwise have a look in the evening to see how the round went, and that would exhaust their interest in the tournament. Or else they’d read a final report after the tournament was over.”
FELLER IS KEEPING HIS OPTIONS OPEN ABOUT CHANGING FEDERATIONS 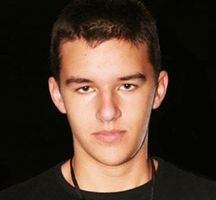 Bad boy Sebastian Feller was caught cheating in an elaborate scheme involving 2 other members of the support team behind the highly successful French National Team.  Or maybe not quite ‘caught’–more likely accused of cheating and then disciplined with a 5 year suspension.
There are appeals in progress and as the actual situation is not at all clear, Feller was able to participate in this year’s French Championship. 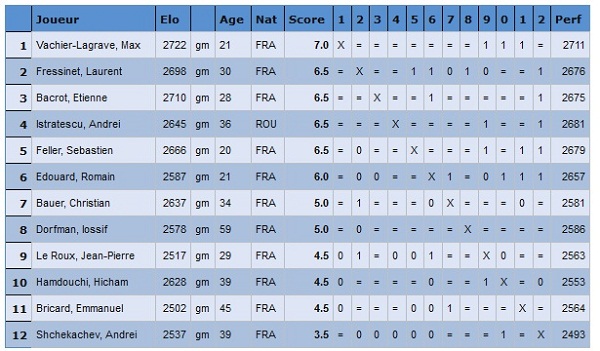 A fine result.  Feller is capable of playing hi-level chess without any computer assistance.
On Why Chess?  Sebastian talked about his ordeal with the FFE (French Chess Federation) and how things stand now.  He was asked about whether he had given any thought to changing his federation (in chess it is very easy for a player to switch his federation):
”Yes, but I want to play for France for as long as possible. The people behind these false accusations have sullied both the image of chess and of my country. I’ve got nothing to reproach myself with, and therefore I don’t want to leave. I want to keep fighting for France and preserve its dignity by forcing these people to quit …”
SPRAGGETT ON CHESS
Share