The 2nd half of the London Candidates begins today.  Carlsen and Aronian are neck and neck.  Will one of these grandmasters emerge challenger to Anand, or will we see some amazing comeback from behind from one of the other candidates?  I hope so!  The chess world could do with some Fischer-type excitement…

THIS MORNING MARKS THE 67th ANNIVERSARY OF DEATH OF ALEKHINE! 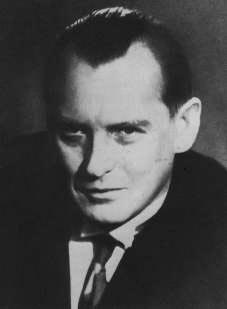 My how time passes so quickly!  There is some uncertainty as to whether the world champion died on the evening of the 23rd or during the night.  His body was ”officially” discovered at 11am (Lisbon time) on the 24th….to this day the mystery of whether Alekhine was murdered or not has not been solved.
”In London, on the evening of the Saturday 23rd of March 1946, the British Chess Federation (BCF) held an extraordinary reunion where, after much heated debate, it was decided to go ahead and organize (in England, probably Nottingham) a World Title match between the title holder, Alexander Alekhine, and the young Soviet superstar, and heirapparent, Mikhail Botvinnik. A 10,000 dollar purse was guaranteed by the Moscow Chess Club.
Immediately after this historic decision was taken, the BCF sent a telegram to Alexander Alekhine, informing him of the good news. It was expected that Alekhine, who was staying in room 43 of the Parque Hotel in Estoril, Portugal, would receive the telegram the very next day (Sunday), and in all likelyhood leave for England soon afterwards.
By the time the telegram reached its destination, however, Alekhine was already dead: the World Chess Champion had unexpectedly died within hours of the telegram being sent! Just when his career was about to be resurrected from the ashes of World War II, Alekhine’s life vanished in a moment as brief as a flick of the eye…
READ MORE  PART ONE  AND PART TWO  FROM MY EARLIER BLOG
_____________________________________________________
4NCL TACTIC!
REAGAN,N

gm  BOLESLAVSKI
From the Soviet Championship in 1956.  Position after 20 moves.  With all the pieces on the board, Black’s last move (20…Qh4) meets with a speedy refutation.
WHITE TO PLAY AND WIN!
Share