Every morning when I get up, along with my coffee I like to follow what is happening in the chess world, especially playing over some of the games.  This morning I took a look at the 31st edition of the Benasque International Open, which will finish this coming weekend.
Unlike the Canadian Open (which is taking place at the same time), the  Benasque organizers have made it easy for fans to follow the event round by round, with pictures, videos, up-to-date statistics (link) and much more.  (This is partly because the Toronto chess organizers do not know how to market chess to the general public and partly because it was a poor choice to give the Canadian Open for the second year in a row to a group of individuals who fucked up the first around and refused to admit it.)

Benasque boasts a participation of close to 500 players from 38 countries (including Canada-IM Leon Piasetski ).  A total of 95 titled players: including 31gms, 4 wgms, 26 ims and 6 wims.  Here is a sample of the chess that I took a look at this morning:
A DOUBLE EXCHANGE SACRIFICE!
It is rare to see a double exchange sacrifice in grandmaster games, but the game below is one such example.
GM  G. TIMOSHENKO

GM  ROEDER
This is the position after White’s 22nd move.  Material is equal but Black stands better, having the Bishop Pair and a more active game.  In particular, the absence of any threats on White’s part means that Black can take some small risks and not worry about any immediate counter-attack.
This last factor is important because it is not easy for Black to make progress and improve his position.  In the position above Black embarked on an interesting exchange sacrifice on f3 (for a Bishop and Pawn).  Notice that Black also creates a passed h-pawn in the process, adding to his positional advantages.
22…Rxf3!?  23.PxR  Qxf3  24. QxQ ?!  (preferable to retreat the Queen, hoping for some counter-attack later on)  24…RxQ  25.Ne1 ?!

White seems to ignore how active the Black pieces are becoming, and now Black decided to capitalize on this opportunity by sacrificing another exchange (!), this time for a Knight and a Pawn!
25…Rxc3!  26.PxR  Nxe4

Black is clearly better!
For a slight material disadvantage (2 Rooks –10 points–for Bishop, Knight and 2 pawns–8 points) and soon to pick up the weak pawn on c4, Black has excellent winning chances.  The absence of any files for the White Rooks to get counterplay means that Black has little to fear while making progress.  It is worth playing the ending over in the pgn viewer below.

Every student of the game must work to improve his endgame technique.  One of the best ways to do so is to play over endgame examples from master and grandmaster play.  The game between Ubilava (one of Anand’s seconds) and the Armenian Petrosian presents itself as an example of exploiting small advantages.

White has 2 slight theoretical advantages: a 3-2 Queenside majority and a Bishop vs Knight.  However, for the moment these mean little since Black has a solid position and active pieces.  It is instructive to watch how White was able to exploit his positional advantages when Black unnecessarily put his Rook offside (on the King side).

White has the Bishop pair but lags in development.  In particular, White’s first rank is vulnerable (one of the reasons I always tell my students to quickly connect their rooks along the first rank, protecting each other)  Here a nasty surprise awaits the White player:

Colombian GM Gildardo Garcia , born 1953, is an old friend of mine, having spent a year in Montreal in the mid-1970’s.  Gildardo is a strong postional player with a penchant for the attack.  In the example below, he allows himself too many liberties , no doubt underestimating his lower rated opponent.  The finish was quite surprising and it is worth playing over the whole game.
T. BAKRE 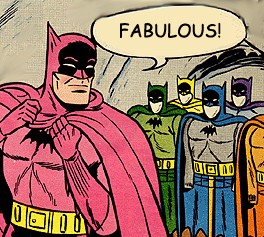