If you are like me, then you are always trying to get by on less sleep than you instinctively know you should get each night.  I suppose it is a natural tendency in this busy world.  LIFE is portrayed to us in the media as something meant to  be lived…that is: while being awake.  Perhaps there is even the fear that we might miss something important if we are asleep at the ‘wrong’ time.
Or maybe it is just that we  want  to paint ourselves as individuals too busy to sleep.  Alpha-behaviour. However,  LIFE then becomes a catch-22 situation: we bite off more than we can chew by taking on more responsibilities and tasks than we can reasonably handle. We start to drink more coffee. As the effects of sleep deprivation become more noticeable, we move to  alcohol or even other substances.
Sometimes even this is not enough and we start to spiral out of control…then at some point we simply crash.  We burn out;  our relationships seem to all  fall apart without really trying.  Or maybe all of the accumulated stress brings on the big ‘C’ disease….I am certain that you know people who have gone this route…it is sad and the more so because it is unnecessary.
[youtube http://www.youtube.com/watch?v=xmgNLrvW-94]
_________________________________________________________________ 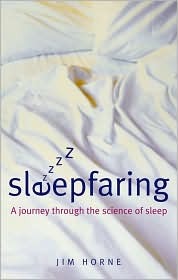 Why Sleep Is Important

GM and life-style guru Nigel Davies wrote a brief article  several weeks ago about a book that he was reading about sleep :Sleepfaring: A Journey Through The Science of Sleep  . I thought that I would reproduce Nigel’s article here, especially since Nigel writes it for chess players:
”How important is sleep to chess performance and can we compensate for a lack if it via a strong cup of coffee? In an attempt to answer these questions I’m currently reading the book Sleepfaring: A Journey Through The Science of Sleep by Jim Horne.
Horne takes a serious look at the science of sleep and explodes many of the myths about it. The real problem is that frontal cortex suffers greatly if its owner is sleep deprived and it is responsible for a number of ‘executive’ behaviors such as making rational judgements about risk. It is also responsible for coming up with new ideas and innovative plans, so that ‘creative spark’ is likely to be lost in a sleepy chess player. On the other hand various automated brain functions are going to be unaffected, so a player with fabulous technique might still play quite well based purely on experience.
It seems that coffee doesn’t actually help improve the performance of the frontal cortex despite making people ‘feel’ more awake. Neither does sucking sliced lemons. So if someone is sleep deprived they’re simply going to play worse than usual.
Are there players this will effect more than others? Well it’s logical to deduce that those with a higher IQ may suffer the most through being more reliant on executive brain function rather than well drilled technique. This probably accounts for why those with high powered jobs and long commutes fare disastrously in club matches after work but do much better at weekend tournaments in which they stay at a comfortable hotel. On the other hand those who have an easy time of it during weekdays should find evening games a happy hunting ground, especially if they don’t do the driving.
This points to a way in which someone can immediately improve their results; tournament selection. But as with so many of these things it depends on an accurate diagnosis about where their strengths lie and what issues they face.”
_________________________________________________________________
CHANGING SLEEP CYCLES

During tournaments, Bobby Fischer would go to bed very late and wake up just hours before play.
Clearly getting insufficient sleep will noticeably reduce your reasoning power, which is the  chess player’s most important weapon in his arsenal.  No matter how hard you might want to concentrate, it simply doesn’t materialize if you don’t have enough sleep.  Sleep increases mental energy.
One of the necessities of playing in long tournaments, for example: a 9-round open held over 9 days, is that the chessplayer naturally re-adjust his sleep cycle to the schedule of games.  I say ‘naturally’ , but perhaps ‘reasonably‘ is a better choice of words because the chessplayer does so consciously: it makes little sense to get 8 hours of solid sleep and wake up at 9 am when the round only begins at 5 pm.
From my own experience, I have learned that the energy required for a 5-hour game is so great that you need to plan ahead and have reserves of energy ready.  The only practical way to do this is to get up within 3 or 4 hours of the game: then you will still be wide awake and ready for the entire day ahead.

The 1985 Candidates Tournament was the strongest tournament of my life. It taught me many  valuable lessons, including the importance of  finding your own sleep-cycle.
At the candidates’s tournament in Montpellier in 1985, I still had not learned this–I was not aware of it!  I started the tournament by waking up at 9 am.  The round was at 3 pm.  At first everything was ok–or so I thought, I felt  normal in the first games (I had 1 point out of 2)– but then all of a sudden I hit the wall: I just did not have enough energy to play an entire 15-round tournament against former world champions and super-GMs   with this daily routine.
Gradually my day cycle changed so that instead of waking up at 9 am I would wake up at 2:45 pm (!), just enough time to jump into the shower , dress and run to the tournament site as the arbiter rang the start-bell.  My results significantly improved!

Bent Larsen often wrote about his own ‘perfect’ sleep-cycle during tournaments.  After the game he would stay awake in his hotel room –typing his chess columns (Larsen was sindicated)–until about 4 or 5 in the morning, then sleep until atleast 11 am.  This was a ritual to him.  So much so, that before the tournament would begin, Larsen’s competitors would ask the hotel management to not have an adjacent room to Larsen: his typing prevented them from sleeping!

Almost all GMs become night-owls during a tournament, by necessity. This has the advantage that it allows one to wake up closer to the start of the round and therefore be able to dedicate all of our energy to the game.  There are exceptions to this , ofcourse, but not many.  And there are some disadvantages: such a life cycle is anti-social by definition (!), and many players are not able to stay in their hotel room at night and go out.  And drink, sometimes too much.  This brings other problems…try this  link  and this link

A LITTLE KNOWN USE FOR SLEEP-DEPRIVATION:

The First World War (1914-1919) was also known as the trench-war.  The opposing armies would build trenches –often just a few hundred yards from each other–and stay there for months and years.  It was like a kind of stalemate situation.  To satisfy the political leaders, every now and then one side was ordered to get out of their trenches and attack the enemy.  Which was suicide, ofcourse.  Certain death.

How did the commanding officers get their subordinates to do this suicidal attack?  Sleep deprivation!  The days before the attack the soldiers were not allowed to sleep.  The morning of the attack, already sleep-deprived for days, the soldiers had lost most of their reasoning skills and lacked the will to oppose the order to attack.  BELIEVE IT OR NOT..BUT IT IS TRUE!