Shakespearean-like criticism of a move

Annotators of the chess world beware!  You have all been outdone, and long ago.  Witness Lasker’s elegant criticism of a move of GM  Richard Teichmann.

Teichmann
This position arose after 6 moves in the game Teichmann vs Speijer, St. Petersburg 1909.  White now played 7.Ne2, today a typical manoeuvre in this kind of position; White plans to shore up the centre with c3 and/or to re-locate the Knight to g3.
7.Ne2 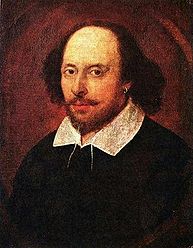 The use of sickly as a verb is a Shakespearian invention.
“Thus Conscience does make cowards of us all: And thus the native hue of resolution is Sickled o’er with the pale cast of thought and enterprises of great pith and moment with this regard their currents turn awry, and lose the name of action.” 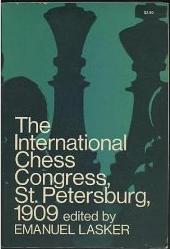 Ofcourse, a natural question arises: did Lasker really write that ?  Or did he even imply it?    After all, even if a bit elegant in the ‘artsy-fartsy’ sense, it is rather clumsy!  To answer this question, we must remember that Lasker wrote the book in German and had the book translated by none other than….(you guess it!)…Teichmann himself!
In the preface to the Dover edition Lasker writes ”The work has been translated from German, all but the early part, by Mr. R. Teichmann, and some valuable advice has been given to me by Mr. Teichmann, for which I beg to thank him here.”

Richard Teichmann was born on exactly the same date as Lasker (24 December 1868), and was a very strong grandmaster in his own right.  But is this really the face of a man you can trust?  Is it completely far fetched to imagine that Lasker simply dismissed Teichmann’s 7th move as ‘‘tedious” , but Teichmann took advantage of Lasker’s (at the time) poor english to mis-translate and embellish one of his own games with some pithy Shakespeare?   And let us remember that Teichmann was not  nick-named ”Richard the fifth” for nothing…
We will never really know…one more mystery for Winter to fathom!