The woman who checkmated Capablanca!

Today’s blog entry is just a ‘work in progress’ of a as yet un-finished research project that I started about ten years ago after I first went to Buenos Aires (2005) to participate in the Continental Chess Championship. I fell in love with the energy of the city (and the people) but especially I was injected with a passionate curiosity about the 1927 World Championship match between the Cuban Capablanca and the Russian Alekhine that had taken place almost 80 years before in the same city.

Probably the most inspiring encounter in chess history before the Fischer vs Spassky encounter in Iceland in 1972, the match was held at the Argentine Chess Club located at 449 Pellegrini Street, some 100 metres from my hotel in the centre of Buenos Aires, almost at the foot of what is today the famous Obelisk. (The Obelisk was constructed in 1936, replacing an old church)

I used to walk by this exact location every day. (In 2005 the location was shared by a pharmacy and a cyber-cafe, the Chess Club having long since moved to another location.)

The original equipment from the 1927 encounter is today kept at the Argentine Chess Club museum.

Anyway, cutting to the chase, I have always been fascinated with the question of how a relatively young man (Capablanca was not yet 39) who was at the peak of his career (he had crushed the world’s leading players–including Alekhine– some months before in New York International) could lose to a player who was (in my humble opinion) not yet nearly as good as he was. 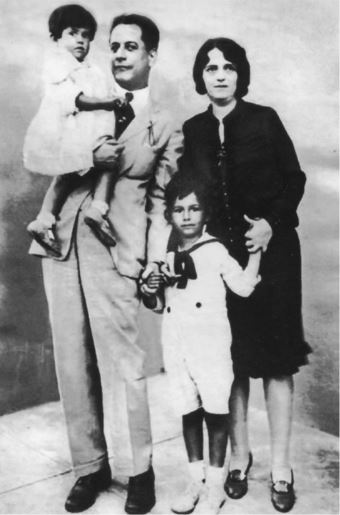 Capablanca, with his family, immediately upon his return to Cuba after his brilliant victory at the New York tournament.  His wife, Gloria Simoni Betancourt, sone Jose Jr, and daughter Gloria de los Angeles. (Photo taken from Miguel A.Sanchez ‘J.R.Capablanca: A Chess Biography’ LINK)

READ  Today's Insight into the Meaning of LIFE

After having spent half a lifetime studying the match games, there is no doubt in my mind that Capablanca was the clearly superior player in 1927. How, then, did Alekhine manage to win this match and become World Champion?

This mystery–if i may call it such–has become the starting point for my little research project that I mentioned earlier…and I think I have a good clue!  It has more to do with WHY Capablanca lost the match, and not HOW Alekhine won…

This 25 year old Basque-born (Vitoria, 1902) beauty had moved to Buenos Aires some three years earlier. Gloria Guzman was then a struggling show-girl with aspirations to make it big in the active world of Buenos Aires theatre.

She would later get her big break in cinema the early 1930’s, but in 1927 was just a debutante, trying to make a living as best she could, sometimes acting, sometimes dancing, sometimes as an escort. She and Capablanca would meet by chance one evening at a local night club and she fell madly in love with him. 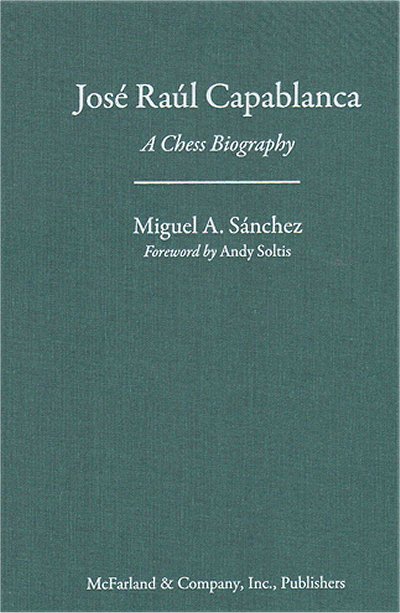 According to Miguel A. Sanchez’ book mentioned above , Guzman had told a local newspaper that Capablanca had ”replaced Rodolfo Valentino in her heart”.  All indications seem to indicate that Capablanca was also smitten.

There are stories of Capablanca-who had a well established reputation around the world as a lady’s man-showing up for a number of games without getting any sleep– coming directly from a night club–and sometimes accompanied by Guzman herself.

Capablanca seemed to be much more interested in having a good time in Buenos Aires than in the match with Alekhine.  No doubt, in my mind, that he simply did not take Alekhine very seriously!

An excerpt of an early 1930’s film with the young Guzman  playing a frolicking, energetic nymph.  Then imagine 5 years younger (when Capablanca was in Buenos Aires), and how much energy she would have demanded from Capablanca just to keep up to her! 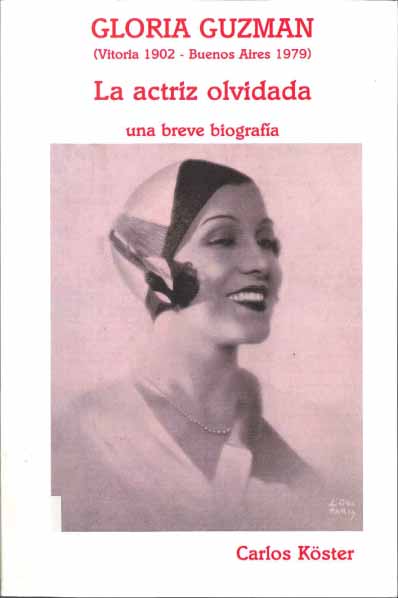 In 2008 the Buenos Aires born Carlos Koster wrote a biography of the life of Gloria Guzman, who had gone on to become a cult figure in Buenos Aires’ cinema and theatre life. This later became the nucleus of a theatrical play produced in the Basque country, you can find it as a ten-part YouTube series. Curiously, Capablanca does not figure in the book…

The Sanchez biography (an enlargement of an earlier two volume work entitled Capablanca,leyenda y realidade (1978) ) dismisses the Guzman link as ‘gossip‘. It is possible  that political corrrectness dictated this decision (Sanchez is Cuban born and spent most of his life in Cuba). Capablanca was–and still is– a national hero.

Sanchez argues that Capablanca did not visit the theatre where Guzman would sometimes work–implying that Capablanca was not very interested–but that hardly rules out a secret romance!

Besides, being a married man and the match with Alekhine attracting more world wide attention than anticipated, Capablanca would quickly need to limit his public indiscretions. (After the match, Capablanca waited more than a month before returning to Cuba–no doubt he needed to build up courage before confronting his wife!)

Sanchez also mentions that there was another woman who would occasionally appear with Capablanca at the theatre–a certain Consuelo Velazquez–who drove a bright red Rambler sports car. Described as a local star, an actress and singer, I can find no traces of her on the ‘net or in my research. Or in any of the published testimonials of those who attended and later wrote on the match.

To be fair, a person with the same name is connected with Buenos Aires theatre at about the same time as Guzman, but she was not a singer. However, it is entirely possible that the author is confusing things with the famous Mexican singer Consuelo Velazquez; but in 1927 she would have only been 11 years old! Besides, the term ‘sports car’ was only first used in 1928…and Rambler changed its brand name in 1914 to Jeffrey (only to change back to Rambler in the 1950’s)

Ofcourse, my work is unfinished.  When I started back in 2005, there was almost no information on the ‘net about Guzman other than a wiki entry.  The Koster book had not even been written! But gradually, more and more is appearing on the net and I hope that in coming years new information will emerge on the romance between Gloria Guzman and Capablanca.

Guzman went on and became quite popular on television. She kept her good looks even into her seventies. Gloria kept working almost up until her death on September 18, 1979. Infact, one or two films she had acted in towards the end were only released after her death!