My wife and I were sitting around the breakfast table one lazy Sunday morning.   She said, “If I were to die suddenly, I want you to immediately sell all my stuff.”
“Now why would you want me to do something like that?” I asked.
“I figure that you would eventually remarry and I don’t want some other bitch using my stuff.” she replied.
I looked at her and said, “What makes you think I’d marry another bitch?” 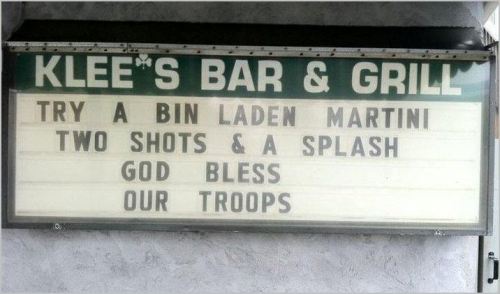 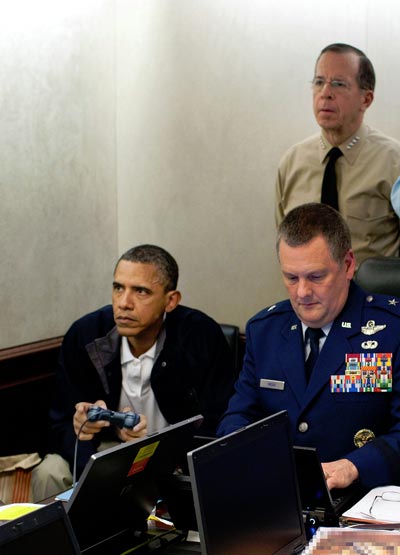 Obama leading the raid that killed Bin Laden
“Osama bin Laden is in the ocean. How ironic. Once again surrounded by seals.” –Jay Leno
“How about those Navy Seals. We’re getting our money’s worth there. They broke into Osama bin Laden’s compound with 12-foot walls topped by barbed wire, and fired a warning shot into his head.” –David Letterman
“By the way, ‘buried at sea’? means ‘dumped in the ocean.’ That’s what they did with him. They dumped him in the ocean. Now I won’t feel so guilty about peeing in the water anymore when I go to the beach.”? –Jimmy Kimmel