Good morning Saturday! Today’s puzzle is the creation of Lionel Penrose, world famous geneticist. Black has serious threats, despite being down considerable material: he threatens to advance his King and deliver mate with his Bishop on g2. Since the White King is pinned down by the Black avalanche of pawns, things look bleak, indeed.

But it is never over until it is over! (in this case, mate). White to play and win! Good luck!

Lionel Penrose
Professor Penrose (1898-1972) was an eminent geneticist and, in the chess world, a respected player and problemist. He was the father of Grandmaster Jonathan Penrose. 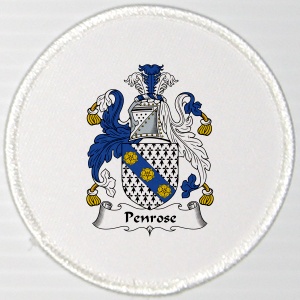 The Penrose family was an academically brilliant family. Oliver was a strong player in his youth and has recently started playing again in Scotland! There is a third brother, Sir Roger Penrose, a distinguished physicist.

Jonathan (a professional psychologist and university teacher) confined his chess mostly to winning the British Championship (ten times!) and playing in team tournaments (two olympiad silver medals on board 1 for England).


His win against Tal is probably his best known game, but he beat many of the strong players of his day, ranging from Bogoljubow and Tartakower (!) to Panno, Portisch and Mecking, and he even drew with Fischer.
At his best, his style was direct and incisive, somewhat like that of John Nunn. Jonathan suffered a lot with his nerves and after the Nice Olympiad he played less and less over the board, turning to correspondence chess instead.
FIDE awarded him the over-the-board GM title retrospectively – see letter by Leonard Barden at http://www.ecforum.org.uk/viewtopic.php?f=27&t=632&start=15 ”

Professor Penrose (1898-1972) was an eminent geneticist and, in the chess world, a respected player and problemist.

From his wikipedia entry:
”Lionel Sharples Penrose, FRS (11 June 1898 – 12 May1972) was a British psychiatrist, medical geneticist, mathematician and chess theorist, who carried out pioneering work on the genetics of mental retardation. He was educated at the Quaker Leighton Park School and Cambridge University.

Penrose was a central figure in British medical genetics following World War II. From 1945 to 1965 he occupied the Galton Chair at the Galton Laboratory at University College, London. He received a number of awards and honors including the 1960 Albert Lasker Award for Basic Medical Research.

The Lasker citation read: “Professor Penrose and his associates have been responsible over the years for studies which touch all aspects of human genetics, include genetic analyses of most of the known hereditary diseases, contributions to mathematical genetics, biochemical genetics, the study of gene linkage in man, and theoretical work on the mutagenic effect of ionizing radiations. Most recently their attention has been turned to abnormalities of human chromosomes associated with congenital defects, particularly mongolism (Down syndrome).”
In British psychiatry, ‘Penrose’s Law’ states that the population size of prisons and psychiatric hospitals are inversely related, although this is generally viewed as something of an oversimplification.

Penrose, a member of the Society of Friends (Quakers), was a lead figure in the Medical Association for the Prevention of War in the 1950s.

For a read of Penrose’s Law Revisited:
http://www.informaworld.com/smpp/content~content=a905072075~db=all~jumptype=rss

Sir Roger Penrose (b.1931)
From his own pen:
”Roger Penrose, a professor of mathematics at the University of Oxford in England, pursues an active interest in recreational math which he shared with his father. While most of his work pertains to relativity theory and quantum physics, he is fascinated with a field of geometry known as tessellation, the covering of a surface with tiles of prescribed shapes.
Penrose received his PhD at Cambridge in algebraic geometry. While there, he began playing around with what appears to be a somewhat frivolous geometrical puzzle. He wanted to cover a flat surface with tiles so that there were no gaps and no overlaps. There are several shapes that will do the job, regular triangles, rectangles, hexagons, and so forth. Or it can be done with combinations of shapes, resulting in a pattern that repeats regularly.
Penrose began to work on the problem of whether a set of shapes could be found which would tile a surface but without generating a repeating pattern (known as quasi-symmetry). It turned out this was a problem that couldn’t be solved computationally. So, armed with only a notebook and pencil, Penrose set about developing sets of tiles that produce ‘quasi-periodic’ patterns; at first glance the pattern seems to repeat regularly, but on closer examination you find it is not quite so.
Eventually Penrose found a solution to the problem but it required many thousands of different shapes. After years of research and careful study, he successfully reduced the number to six and later down to an incredible two. These tiles are particularly intriguing to play with because you have to take into account more than just the tile next door to decide how pieces fit together.. The puzzle consists of bird-shaped pieces which are kept in play on a gameboard built into the box. Using just the two shapes, small and large birds, the goal is to completely cover the playing surface. Sounds easy? It’s not, and there is only one solution. At higher levels you substitute a rogue dog for a large bird and the solutions change. By the time you have five dogs substituted you’ll have gone through potentially 23 different solutions to just one puzzle.
While this may all sound rather far removed from life in the real world, it turns out that some chemical substances will form crystals in a quasi-periodic manner. Professor Penrose tells of a striking demonstration of the benefits of pure research – a French company has recently found a very practical application for substances that form these quasi-crystals: they make excellent non-scratch coating for frying pans.

Penrose was raised in a family with strong mathematical interests: his mother was a doctor, his father, a medical geneticist, used math in his work as well as his recreation, one brother is a mathematician, another was ten times British chess champion.
Roger originally was more attracted to medicine than math, but when forced to choose between biology and math because of inflexible school scheduling, he was not willing to give up the mathematics.
Roger and his father are the creators of the famous Penrose staircase and the impossible triangle known as the tribar. Both of these impossible figures were used in the work of Dutch graphic artist Maurits Cornelis Escher to create structures such as a waterfall where the water appears to flow uphill and a building with an impossible staircase which rises or falls endlessly yet returns to the same level.

In addition to the recent honor of knighthood, Professor Penrose was awarded the prestigious Wolf Prize for Physics in 1988 which he shared with Stephen Hawking. ”

From his wikipedia entry:

”Sir Roger Penrose, OM, FRS (born 8 August 1931) is an English mathematical physicist and Emeritus Rouse Ball Professor of Mathematics at the Mathematical Institute, University of Oxford and Emeritus Fellow of Wadham College. He is renowned for his work in mathematical physics, in particular his contributions to general relativity and cosmology. He is also a recreational mathematicianand amateur philosopher.”
His list of awards is amazing and I can not resist putting it in full. It looks as though somebody invented it, but it is indeed true:
”Penrose has been awarded many prizes for his contributions to science. He was elected a Fellow of the Royal Society of London in 1972. In 1975, Stephen Hawking and Penrose were jointly awarded the Eddington Medal of the Royal Astronomical Society. In 1985, he was awarded the Royal Society Royal Medal. Along with Stephen Hawking, he was awarded the prestigious Wolf Foundation Prize for Physics in 1988. In 1989 he was awarded the Dirac Medal and Prize of the British Institute of Physics. In 1990 Penrose was awarded the Albert Einstein Medal for outstanding work related to the work of Albert Einstein by the Albert Einstein Society. In 1991, he was awarded the Naylor Prize of the London Mathematical Society. From 1992 to 1995 he served as President of the International Society on General Relativity and Gravitation. In 1994, Penrose was knighted for services to science. In 1998, he was elected Foreign Associate of the United States National Academy of Sciences. In 2000 he was appointed to the Order of Merit. In 2004 he was awarded the De Morgan Medal for his wide and original contributions to mathematical physics.

To quote the citation from the London Mathematical Society:
His deep work on General Relativity has been a major factor in our understanding of black holes. His development of Twistor Theory has produced a beautiful and productive approach to the classical equations of mathematical physics. His tilings of the plane underlie the newly discovered quasi-crystals.
In 2005 Penrose was awarded an honorary doctorate (Honoris Causa) by Warsaw University and Katholieke Universiteit Leuven (Belgium), and in 2006 by the University of York. In 2008 Penrose was awarded the Copley Medal. He is also a Distinguished Supporter of the British Humanist Association.”
…………………………………………….

Professor Jonathan Penrose (b.1933)
From his wikipedia entry:
”Jonathan Penrose, OBE(born 7 October 1933, in Colchester) is an English chess player, emeritus Grandmaster, and International Correspondence Chess Grandmaster (1983) who won the British Chess Championship ten times between 1958 and 1969. He is the son of Lionel Penrose, a world famous professor of genetics, and brother of Roger Penrose and Oliver Penrose. He is a psychologist and university lecturer by profession.”