From  Thursday’s game between Tiviakov and Hou Yifan, Hoogeveen.  Quite a game!  Here Tiviakov let up the pressure with 43.PxN and after 43…Qxd6 the Queens were exchanged and White won the ending easily enough.  HOWEVER,  in the diagram above, Tiviakov has a FORCED MATE!
FIND IT!
——————————–
2. 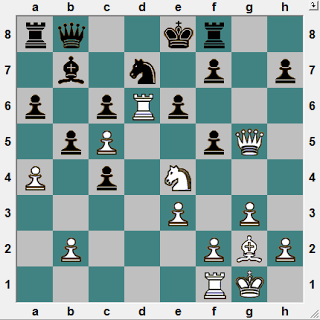 From today’s game in the blitz tournament in St.Petersburg between Halkias and Hovhannisyan.  The position after 20 moves of play.  Black is in horrible shape, having eaten a gambit pawn earlier and suffered ever since.
HOW DOES WHITE BEST PUT BLACK OUT OF HIS MISERY?
——————————————–
3. 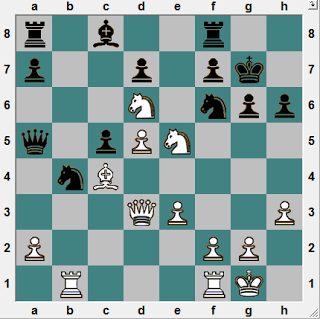 From today’s game between Nikolic and Quesada in the Ciutat Magistral Barcelona.  Position after White’s 44th move.  Black has obvious superiority:  absolute control of the d-file and better coordination of his pieces.
HOW  DID  BLACK  DESTROY  THE   WHITE  POSITION?
—————————————
5. 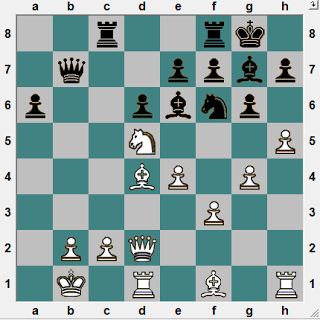 From Thursday’s game in the Open section of the Hoogeveens tournament.  The white player is Van Kampen and the black player is the famous problemist Afek.  White is better, this is clear.  His attack is faster…
WHITE TO PLAY AND WIN!
————————————-
Share