KRAMNIK AND CARLSEN EXCHANGE PLACES AT THE TOP!

As I indicated before yesterday’s 12th round, Ivanchuk very much wants to play the spoiler in this tournament.  Sure enough, he took out the Norwegian (though it took 90 moves to grind him down) while Kramnik defeated Aronian in a dramatic struggle from beginning to end.  Now Kramnik has a thin half-point lead.  There are just two games left, and Ivanchuk will have White against Kramnik in the final round!

WHAT HAPPENED?  DID THE SKY START TO FALL?

I had a good laugh when I glanced at yesterday’s pre-game  explanation  by Jeff Sonas–a respected statistician–about the betting odds and EXACT mathematical  chances of  Kramnik (or Aronian)  winning this tournament ahead of Carlsen.  Certainly, if the Candidates Tournament were a stack of poker cards  then I have no doubt that Jeff’s analysis would be right on!

But world-class chess is an entirely different game!
Curiously, Jeff even forgot to consider that Ivanchuk might actually beat the Norwegian, thereby helping Kramnik to gain the lead.  Not anywhere in the entire ChessBase article is this possibility entertained.  The closest thing that touches on the spectre of  this unthinkable catastrophe is ”Obviously Kramnik can pass Carlsen and finish in first outright – but there is barely a 5% chance of this, given Carlsen’s strength and extra remaining game with White.”

Does this look like poker to you?
I suppose it is a good thing that Ivanchuk did NOT read Jeff’s predictions before sitting down against Carlsen with the Black pieces!  But even if Chucky had, it probably would have not made any difference.  Ivanchuk and Carlsen are human, not inert poker cards incapable of influencing their destiny….

“There are three kinds of lies: lies, damned lies and statistics.”–Mark Twain
This is a phrase , often used colloquially, describing the persusasive power of numbers, particularly the use of statistics to bolster weak arguments.
———————————————————————————

Carlsen was  disappointed by the result of yesterday’s game and did not try to hide it.  He began the post-game interview by letting the spectators know that he played a disgraceful game starting right from move one!  Ivanchuk simply let the comment go by without saying anything…CLEARLY both players were understandably exhausted by the marathon game, as well as drained by the emotional toll of such a stressful tournament.  The quality of postmortem analysis reflected this situation and was quite poor. 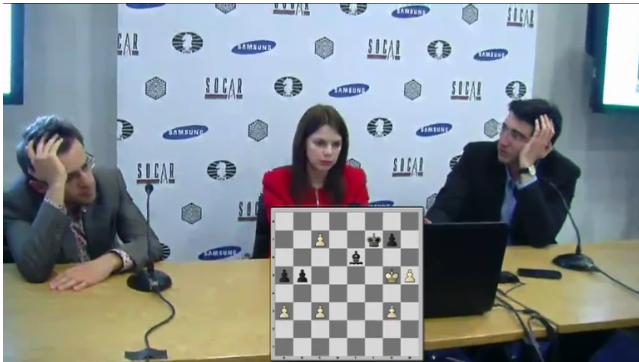 Some of  the same thing could be said of the Kramnik-Aronian postmortem, though the quality of analysis was somewhat higher.  The players were visibly exhausted and drained.  Aronian said that he could hardly calculate during the game and at one point  said that he was  ashamed to have lost a clearly drawn position!  Kramnik pointed out that going into the game he was quite realistic about his chances and felt that it was better to play chess and forget about either the result or about what was happening in Carlsen’s game!
TODAY  is a rest day, no doubt much to the relief of all of the participants.  Even Aronian and Calrsen!  Tomorrow’s pairings will see Kramnik play the White pieces against Gelfand, while both Carlsen and Aronian play Black against , respectively, Radjabov and Grischuk.  It is possible that everything gets decided tomorrow.  Should Kramnik win , and Carlsen lose and Aronian draw, then Kramnik can even lose the last game and still win the tournament!
STAY TUNED!
————————————————————————–
Canadian Chess slowly unthawing as spring begins… 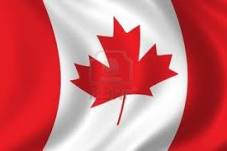 During the winter months chess is pretty much dead in Canada, which is –I suppose–quite understandable as most of Canada is covered with snow, and lots of it!  However, come Spring, the number of tournaments quickly increases and multiplies into the summer months, when such big tradtional tournaments as the Canadian Open and the Quebec Open take place.
UP UNTIL RECENTLY, Canadian chess players had to pretty much rely on word of mouth to find out what tournaments were being organized in their  region, the CFC’s magazine no longer being as credible a source of information as one would have liked.

NOW all that has changed as Michael Yip has started a BLOG dedicated  ENTIRELY to what is happening in Canadian Chess, particulary regional tournaments, but also Canadian participation in international chess.

The blog started about a month ago and has already become reasonably popular in some Canadian circles.  However, it still has a ways to go before most Canadian chess players know about it.

Curiously, the powers that be in Canadian Chess have tried to ignore Yip’s prolific contributions and have pointedly refused to give Yip’s links when listing blogs and chess sites with Canadian content (Neither the CFC magazine nor the Annex Chess Club mention Yip’s blogs!)

No doubt part of this is due to jealousy and the rest is due to old fashioned politics.  The CFC has been talking of trying to use their new $18,000 website for purposes of promoting Canadian Chess, but so far they have not got around to actually publish anything that resembles chess.    Apparently that is to change sometime in May, but don’t hold your breath!

The old fashioned politics-part mentioned above has to do with Yip’s direct association with my own blog here.  Even though my blog is currently one of the MOST widely read chess sites in the world, I am still persona non grata to the ruling mafia in the CFC!  They don’t publish my blog link in their offical listings either.  That, in turn,  makes Yip’s blogs unpopular with them because he actually gives my link…if that sounds rather  NorthKorean-ish , then you are a quick study!

I want to take this opportunity to wish Yip the best of luck with his new BLOG and I encourage my readers to take a peek!  The blog is updated daily and contains a treasure of material!
Share