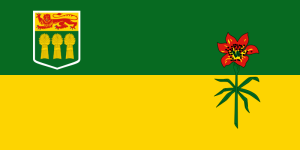 Sad news for my fellow Canadian chess players.  The province of Saskatchewan, with a population of slightly more than one million, no longer has a provincial chess association, nor does it have any official representation within the Canadian Chess Federation (CFC).  In April of this year, the  existing provincial association legally dissolved itself –allegedly because of years of CFC tournament inactivity–and donated whatever monies it still had–some $5,000 –to the CFC’s coffers.  The donation was accepted with open arms…but not everyone is pleased.

According to the CFC’s own HANDBOOK , the CFC is responsible for:

1. TO promote the formation and development of a Provincial Association, in each Province of Canada, where such Association does not presently exist, and to this end, to cooperate with existing clubs and leagues within such Province;

2. TO cooperate with existing Provincial Associations, in all matters pertaining to the development of organized chess within their Province, and to this end to encourage matches, tournaments, competitions, correspondence or telegraphic or radio matches, at all levels in Canada, and simultaneous, blindfold or other displays by chess masters;

Checking the CFC’s own website stats, I found that some 25 players are listed from Saskatchewan.  I have played the province’s top player–Robert Sasata (a strong master level player)–once before at a Canadian Open in the 1990’s, but do not recall meeting any other Saskatchewan based players in over the board play.  Taking a look at Sasata’s own tournament record within the CFC’s database, I found that Robert had last played in a CFC rated tournament in Saskatchewan in 2004!

Saskatoon, with a population of approximately 400,000 (including suburbs) is Saskatchewan’s largest city.  My mother was born there on June 18, 1921. Her family later moved to Montreal, where I was born in 1954.

It is always sad to hear tough luck stories of Canadian chess organizers trying their best to promote chess but encountering  many discouraging obstacles and difficulties.  It must be especially frustrating for Saskatchewan organizers since the CFC has effectively become little more than an Ontario-based chess organization, investing absolutely nothing into promotional projects outside of that province.  I am certain that the decision to legally dissolve the Saskatchewan Chess Association was not an easy one to make.  The CFC should take this decision as a statement of profound dissatisfaction with its performance as a national organization.

(You can read about the late Nathan Divinsky’s ‘3rd rate charlatans’ characterization of the CFC leadership HERE.)

Late last year a Saskatchewan chess organizer, David Steer, wrote a friendly letter  to me explaining some of the problems and frustrations he was encountering.  I do not know if it was David who was part of the final decision to close shop, but I hope David will not mind if I reproduce part of his letter to me, as well as my reply:

First of all, I should say that I really enjoy your blog – in my opinion one of the best of its type anywhere in the world.  So, thank you for your hard work and expertise.  The chess world is richer for your efforts.

I’m a Canadian chess player from the backwoods of chess in Canada: Saskatchewan.  I love the game, and for several years I tried my best to popularize chess in the province via promoting local events, directing tournaments, serving on various and sundry chess executives committees, and so on.  My efforts, however, were for the most part in vain.  Chess in Saskatchewan is at an all-time low ebb.

In fact, it’s been a couple of years since we hosted a CFC-rated tournament!  Given your expertise and your vast experience in chess, what in your opinion is the best way of promoting chess in a cultural environment inimical to the game?  There’s no magical solution, of course, but any advice about how to nudge my chess averse province in the right direction would be much appreciated.

Also, I am currently the CFC Governor from Saskatchewan – more by default than by any particular merit, however.  I serve in this capacity because, well, there are very few in Saskatchewan willing to do so.  Sad but true.  Which brings me to my next question…

I am hardly a chess insider in Canada.  In fact, truth be told, I am a rank outsider, and I don’t claim to know anything about the machinations of the CFC.  But I know the game well enough to realize that given the opportunity you would be a wonderful ambassador for chess in Canada.  However, your disdain for the CFC is hardly a secret.  There are fools within the CFC, of course, just as there are fools within any large organization.  But if my limited experience has taught me anything about the CFC it is that there are also a great number of reasonable individuals in positions of authority who genuinely care about chess in Canada and who are willing to work hard to help it succeed.  Is there any possibility that past grievances might be put aside one day, and that you might be willing to work with the CFC?

If you’re wondering about my motives for asking…well, I’m just curious.  Please know that I am not writing in an official capacity as a CFC Governor.  I am writing as an avid Canadian chess player who believes that chess has the capacity to enrich the lives of millions of Canadians.  I am writing as an avid Saskatchewan chess player who believes that there is an opportunity being missed, that given the right impetus chess can become a small but vital part of the cultural environment.

In short, I want to see my sport succeed, and if you have any suggestions, recommendations, or advice, I would be grateful.

Many thanks,  David Steer.

Thankyou David, for your email.

I suppose the big part of promoting chess is about finding one person/leader who is interested enough to open a club or do simuls at a school , or organizing tournaments at the local rec centre.  Normally one person can make all the difference.  Chess communities have been known to thrive because of the work of just one person.  Curiously, one person is enough in chess.

So the question is why is chess failing in Canada?   The CFC  (to name just one obvious chess organization) , when it does not have that one special leader/ person amongst them, becomes just an empty shell, a bureaucracy.  When power hungry individuals then fill in the empty space, then you get a situation similar to what is happening today in Canada.

Without that special person in charge, what kind of people want to become involved in a bankrupt, often corrupt and completely hopeless organiztion?  ANSWER:  Only the worse type of person.

No, David, the days of an effective CFC are over.  The skilled people–such as those amongst the strong players who have dedicated their adult lives to chess–no longer want to associate themselves with the malt involved today in the CFC.  What is worse, those in the CFC do NOT want someone who will upset the apple cart.

So my advice to you is this: don’t put great hope in the CFC.  Do you own little bit in Saskatchewan and promote the game person by person