Rybka, Kasparov and the BBQ championship

I don’t think that we will ever hear the end of the recent decision by David Levy’s ICGA to ban Rybka from further competition and to strip it of its titles.  We all know that some people cheat–with computers or without them.  And that goes for programmers too.  But does this really apply to Rybka’s own  Rajlich?

Things are never so simple as merely pointing the finger (as ICGA did) and saying ”naughty boy”.  And why should they be (so simple)?  In the chess world everyone learns early to copy : moves, styles, books and mannerisms.  Heck,even in the ICGA self righteous mini-universe there is nothing wrong with what Rajlich is accused to have done , providing he had indicated he did so when he entered the tournaments that Rybka won!
Some one will have to explain that one to me!  When is ”cheating”  not cheating simply because you filled out a form confessing beforehand?
IN ANY CASE, on Chess for all Ages the other day Mark Weeks brought up the Rybka affair and included a  recent youtube video that interviews Rajlich.  Not so unsurprisingly, Rajlich claims no wrong doing or doing anything that ICGA was not aware of.  Ever:
”Before we start I’d like to make a short statement about these ICGA allegations. First, I did not wrongly omit anything from our entry form, nor did I break any other tournament rules. I did not list Fruit on the entry form because there is no direct game playing Fruit code in Rybka. Rybka uses a different board representation than Fruit and uses a different structure of search routines, so this should be quite clear.
Now it’s true that I did take a number of things from Fruit which are above the level of source code. This is something that I discussed many times, something which is perfectly normal practice, and it’s not something which is asked about on the entry form.
Second, Rybka 1 was already disassembled and published back in 2006. Everything about Rybka 1 has been completely transparent for 4 1/2 years or so. […]”
(Rajlich, in the video)
[youtube http://www.youtube.com/watch?v=cQshTNJ4pSM]
_________________________________________________________________________
Kasparov arguing for going out on a limb
Former world champion Gary Kasparov is never very far from a camera these days.  Here he is making a point about the past importance of taking risk in the advancement of civilization and how today this risk-taking is seen less and less.  Sometimes I prefer it when Kasparov does not talk about chess and instead shows his ”ego-less” side…or maybe it is that I just happen to agree with what he says.
[youtube http://www.youtube.com/watch?v=aEVw5jdrXUw]

I kid you not!  There are actually BBQ tournaments with rules, contestants and judges.  (And as can be seen in the photos below, hostesses).One such event that has become a tradition is the Bay Area BBQ Championship.

BBQ and Baseball are two of our nations greatest pastimes. Combine them together and we have the ‘Bay Area BBQ Championship” with a double header of the ‘Oakland A’s v Los Angeles Angels’. The Bay Area BBQ Championship is a pro competition that brought out some of the biggest names of BBQ in California to compete.
The celebrity judges include such household names as; Narsai David, Joey Altman, Chelsey ‘Sullen’ Sullenberger and of course Ms. Goofy. All the proceeds went to foster children through the Alternative Family Services organization. 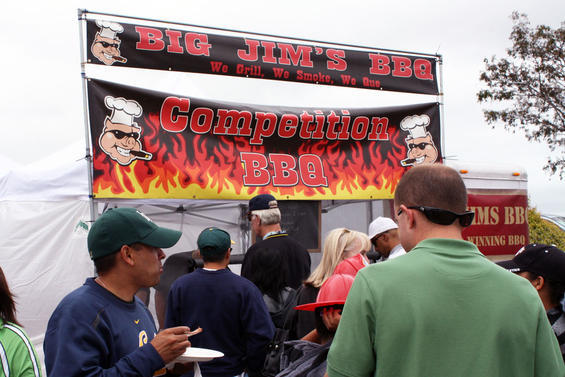 How difficult can it be to compete in a BBQ tournament?  I would not think very difficult.  Heck, even if you over-do the meat you simply have to use more spice than usual… 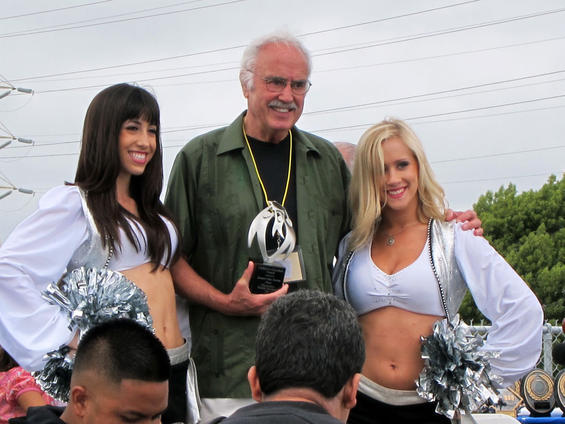 Thirty-two contestants showed up and did their thing.  Here is one of the happy winners, flanked by 2 of the championship’s hostesses.  Judging by where his hands are, he prefers the human trophy! 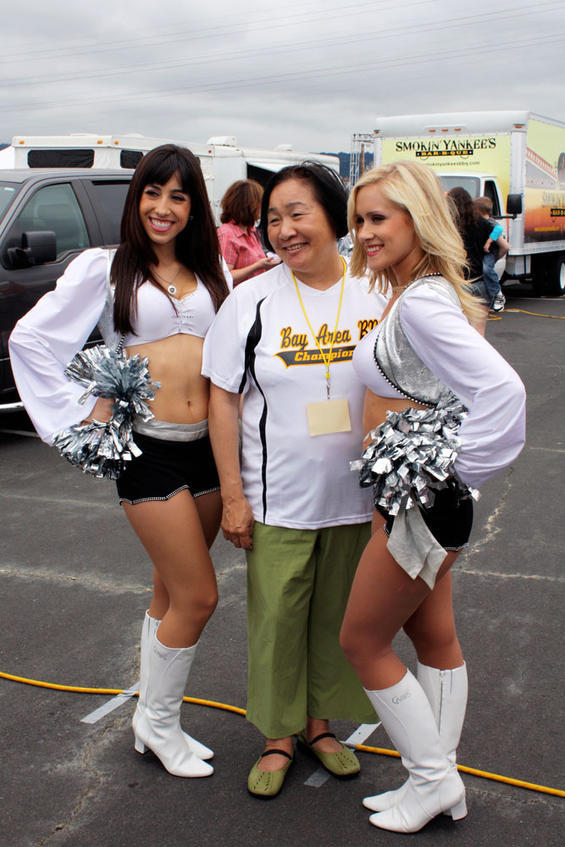 A runner up flanked by our babes from the previous photo.
Share