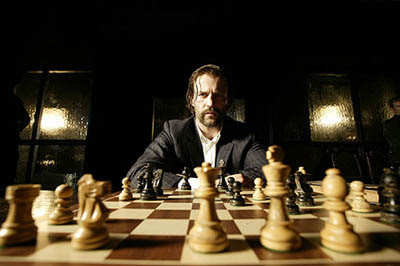 I was switching TV channels back and forth last night, trying to escape being smothered by the  obsession of the world’s news services on the horrible disaster that is unfolding in Japan, and came across a Guy Ritchie film (Revolver) that really fascinated me.
Ofcourse, that it dealt with chess as a background theme no doubt explains why I did not immediately continue to surf with the remote, but the film really is one that is gripping and intelligent, and the more I watched it the more I liked it.  Jason Statham is one of my favourite actors of the moment (yes, I confess his roles as a super-cool operator in films such as The Transporter and The Bank Job have made me a fan) 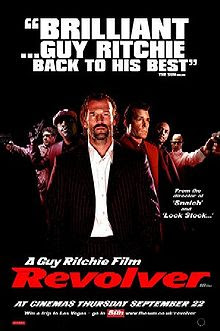 http://www.sonypictures.com/homevideo/revolver/
Revolver is a 2005 film centered on a revenge-seeking confidence trickster whose weapon is a universal formula that guarantees victory to its user, when applied to any game or confidence trick. This is the third feature film by Ritchie which is centered on crime and professional criminals.
RULE NUMBER 1:
”You can only get smarter by playing a smarter opponent.” 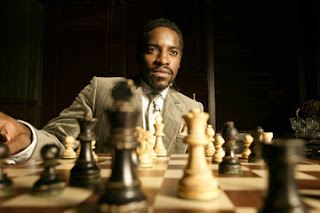