My Canadian readers are welcome to submit articles and opinions for publication on this blog.  It can be on any chess-related topic, with the proviso that the usual standards of good taste and discretion be at all times observed. My blog is your unique  passport to the on-line  Canadian chess community: literally its eyes and  ears (as well as to an enormously large international following).
Today I have invited Serge Archambault (born Quebec) to present his views on Canada’s participation in the upcoming Olympiad in Istanbul later this summer. Comments are appreciated. 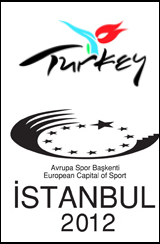 The Chess Olympiad
by International Arbiter Serge Archambault
Introduction
Once again it’s this time to make observations about the Chess Olympiad.  This year it will happen in Istanbul,Turkey.  The selection of Turkey happened during the 78th FIDE Congress, in November 2008 during the 38th Chess Olympiads held in Dresden, Germany.
The vote went 95 for Turkey vs 40 for Montenegro.  The team from Turkey, for the 2012 Olympiad, had a very strong governmental, bureaucratic and sponsors’ support, which played a major role in the selection of Istanbul as a host.  In 2014, everybody will travel, for the first time, in Tromsø, Norway (around 65 000 living souls).
History
The first Team Chess Tournament had been held by coinciding the Games of the 8th Summer Olympics in Paris, 1924 (12th – 20th July).  At the time, World’s top players unfortunately did not appear in Paris. There were some decent players – like Euwe, Colle or Hasasi – in the field, but nothing more (Canada only had 1 player).  On July 20th, the last day of the games, 15 delegates from all over the World signed the proclamation act of the International Chess Federation (originally known as Fédération Internationale des Échecs in French) and elected Dr. Alexander Rueb of Holland the first FIDE president. Latin motto Gens una sumus (“we are one family”) became official and well-recognized watchword of the chess unity. Below is the historic list of 15 founders of FIDE: Abonyi (Hungary), Grau (Argentina), Gudju (Romania), Marusi (Italy), Nicolet (Switzerland), Ovadija (Yugoslavia), Penalver y Zamora (Spain), Rawlins (Great Britain), Rueb (Netherlands), Skalička (Czechoslovakia), Smith (Canada), Towbin (Poland), Tschepurnoff (Finland), Vincent (France), Weltjens (Belgium).

Politics rears its ugly head only too often in international competition and chess has never been exempt. In 1976 the Soviet Government would not allow its country’s chess teams to play in Israel and this boycott naturally extended to all the satellite countries. Worse still than the actual boycott was the attempt by Libya to organize a rival event, dubbed the ”Against Israel Olympiad” in most of the pre-tournament publicity but called the “Against Chess Olympiad” on the emblem which appears in the programme of the Libyan tournament. None of the world’s strong chess countries sent a team to Tripoli.

The Arabs-proper attended a “counter Olympiad” held at exactly the same time as the official FIDE Olympiad in Haifa.  The Tripoli “Olympiad” attracted 38 teams (no communists though, but there were gossips USSR might take part) including some FIDE members, like Portugal, Italy (who were in fact represented by the Palermo Chess Club), Malta, Turkey or the Philippines. The Philippines, Italy and Uruguay were the only nations to have appeared both in Haifa and Tripoli.

The Uruguayan team was made up of political dissidents, who happened to be competent chess players, and were escaping from the military dictatorship in their home country. Their first board, Lincoln Maiztegui Casas became one of Uruguay’s leading journalists many years later. In order to attract as many nations and players as possible to Libya Colonel Gathafi offered full fares and accommodation to all the teams and captains. Each team had its own car and driver and each team member received $8 a day.

Official 1976 Haifa Logo
That year, in Israel, our own Canadian IM Peter Biyiasas (2460) finished 3rd (shared with GM Tony Miles) on board 1. IM Lawrence Day (2350), GM Abe Yanofsky (2430), IM Bruce Amos (2420), Irwin Lipnowski (2400) and IM Leon Piasetski (2390) were the other Canadian players.  Pairings were prepared concurrently by hand and by computer program operated by the team under direction of Mr. Philip Haley. No discrepancies were found. However the way the teams were paired was a subject of discussion.

Then, in 1978 in Buenos Aires Olympiad, Jean Hébert (he officially became an IM during the FIDE Congress while the event was going on) after winning the 1978 Canadian Closed in Toronto at age 20, played on board 1 for Canada, even though his FIDE rating of 2255 at the time was the lowest rating ever in the modern era, for a Canadian player at the Olympiads.  Later on, in 1984 in Greece, Deen Hergott (2240) and then FM Brian Hartman (2230) became the lowest rated Canadian players to represent Canada at Olympiads.  However, since 1986 in Dubai, Canada has never sent a player with a FIDE rating lower than 2340 to the Olympiad. 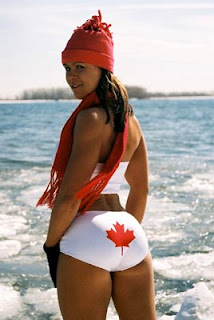 Most of Canada’s top players routinely decline to participate on the National Team
However, I don’t believe the problem only stands with the ratings.  One has to also consider international competitions as a player’s strength, experience in meeting high level players over and over again.

Sadly, even for one of our most active Canadian players and highest rated representative, GM Bator Sambuev (photo above)  hasn’t competed outside of Ontario and Quebec since 2007 !!  As far as IM Gerzhoy goes, he is probably our only representative that has competed in international events often enough in recent times, to claim to have any concrete knowledge of what’s going on out there right now (even though he only played in 2 tournaments outside of the US and Canada since 2010) !

Looking at IM Noritsyn’s record (photo above) , it seems he only played in 3 local tournaments since the beginning of 2012 with no tournaments outside of Ontario/Québec since the last Olympiad!

As far as IM Hansen (photo above) is concerned, he too, aside from a few US tournaments here and there,  hasn’t played in any international events in the past 2 years.

In IM Edward (or Eduard, depending on what he feels like) Porper’s case (photo above) , things get more complicated.  Even though I believe he first played in a Canadian tournament in 2003, I think I’ve met him for the first time in France, in 2004 (Cappelle la Grande Open).  I also noticed IM Yan Teplitsky, who has played in the Olympiads before, even though he was on the selection committee that selected IM Porper, has voiced a strong opposition  to IM Porper’s selection.

Furthermore, and here I’ll try to stay as respectful as possible in this case, let’s just say that it is well known that IM Porper has a dubious reputation on the European circuit. That might have been part of IM Teplistsky’s concern.  Granted he has a lot of international experience (over 20 years !!) and might be able to help  the youngster’s in our team greatly (back in his young days, I can even go as far as to say he was  considered a very promising World level player), it is not clear to me his presence will be positive for the team spirit and cohesion.  In fact, unless he changed dramatically over the last 5 years, anybody having crossed his path in the past would tell you it is to be expected life will be much more complicated for his teammates, if he is to join the Canadian Team.

Worth noting also is the fact IM Porper has only played in 2 FIDE rated tournaments outside of Alberta since July 2009.   I know he considers himself a better coach than a player but since his rating has consistently gone down for the last five years, it is difficult for him to introduce himself otherwise.

As far as FM Victor Plotkin  (photo above)  is concerned, even though his 2243 FIDE rating is quite low for Canadian standards, and  his qualification  somewhat controversial, I believe according to the CFC rules he deserves to be there (I also think the qualification system is broken) and I hope he will enjoy this unforgettable moment in his chess career.  As our 6th player, he shouldn’t be of a real impact to the team results.
Expectations

In recent times, GM Kevin Spraggett opinioned  that the coming performance of the Canadian Team will set a sort of  negative historic record .  In fact, he believes the team will finish not better than 75th place in the standings.  Even though I share some of GM Spraggett’s concern, I think if the Canadian Team can get a good captain, they might even break the top 60 group.
As we’ve seen so often in a recent past, one of the problems with chess is that the weaker countries are really…..weak and far behind.  And even though things are not looking very good in Canada short term, as far as chess is concerned, in other countries they are just awful.
Signed: Serge Archambault, IA


(Editor: Thankyou Serge, for your carefully thought out remarks. I do wish the team representing us all the best.  But let us be objective at the same time: Canada’s team is the weakest selection in history to have represented Canada. Of the 8 gms in Canada, just 1 is playing.   Worse still, the CFC does ot care.

As for ”AWFUL” countries, Canada has lost in the recent past to such power houses as IRAQ and MALASIA.  And let us not forget  about our draw with YEMEN! Canada in ISTANBUL is a 3rd world selection and a placing below 75 is a reasonable expectation.

Exactly what is deserved for a federation that has put a ZERO priority on Canada’s representations in international events for most of the past decade. Results cost money. Investment and pride.  Shame and disgrace is free…)

PS: After this article appeared some in the CFC leadership tried to undermine Archambault’s credibility by pointing out that FIDE now does not allow 6 player teams (they have been reduced to 5 members) and  that therefore Archambault’s rating average of the six players was imprecise and deliberately misleading.

HOWEVER, it is infact the leadership of the CFC that is being guileful here: the CFC rules allow for the Captain (in this case  a  patzer by the name of  Plotkin ) to substitute as a player!  Therefore, the rating average  of the 6 members of the team–INCLUDING the captain– is indeed  a very relevant and revealing stat !  Ten years ago it would have been  unthinkable that a player of Plotkin’s category could have ever made the National Team!! 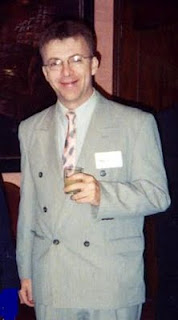 IA Serge Archambault is Canada’s top International Arbiter (IA) and comes with a truck-load of experience in international events. He is also Canadian chess’ most competent chess official, atleast in this writer’s opinion.  Serge  has previously worked for the CFC office as well as the CMA office and has been involved in chess for more than 30 years.  While no stranger to controversy, he is widely respected in the chess community, both in Canada and abroad.  His opinions are considered fair and balanced.
SPRAGGETT  ON  CHESS
Share