Quebec Open winds up this weekend

click on photo to enlarge
The 2011 edition of the Quebec Open (Championnat ouvert du Quebec) is –as usual–a big success!  This mult-sectional event attracted a total of 280 players, including 8 gms, 5 ims and 6 fms.  The top section has 31 participants from 8 different countries.  A total of $18,000 dollars in prize money is at stake. 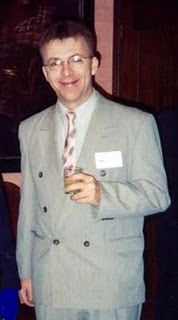 I.A Serge Archambault is the chief arbiter of the top section of this year’s Quebec Open.  Perhaps Canada’s most competent arbiter today, Serge regularly goes to Europe to polish his skills.  As chess organizing becomes more technological , it is vital to become acquainted with the latest software and pairing modules.
Serge writes:
”Things are going smoothly.  I’ve been told I’m the first Canadian ever to publish all the results on Chess-Results .  The nice thing is of course, the results are posted as they come in (“live” if you wish).  For the other sections, the Chief Arbiter, Alexandre Ber uses Swiss Sys.”
For my readers who are not savy on such details, Chess-Results is a fast and simple service to carry your tournament , providing up to date information, cross tables, statistics  and so on.  In the chess world virtually every organizer who wants to attract internet visitors posts their tournament results there.  Even FIDE rating changes are often included! 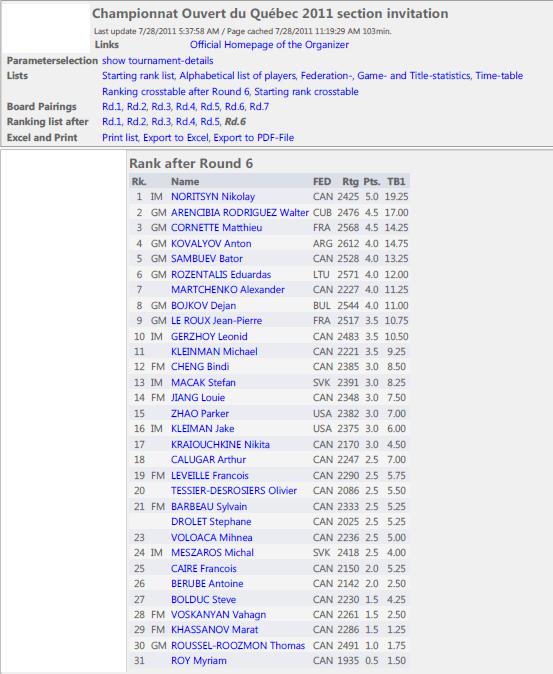 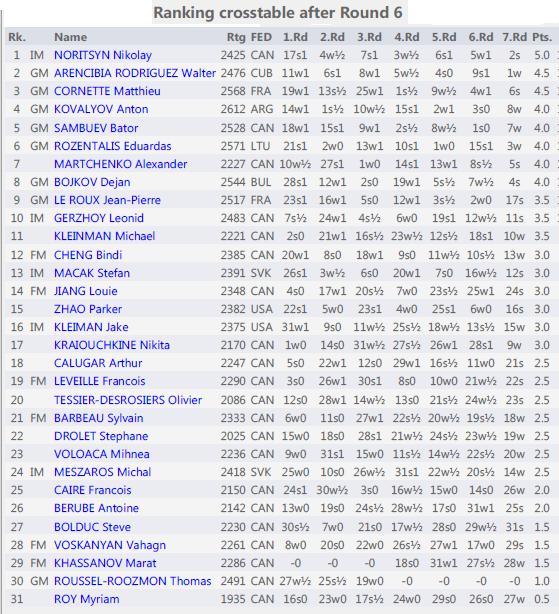 A complex opening  lead to an obscure middlegame where Kovalyov did not seem to be doing so badly at all.  However, then he must have overlooked or underestimated something, because in the position above the French grandmaster  initiates some pretty tactical ideas.

The theme of a weak back-rank is one of the most common in modern chess.  The fact that Black has omitted throwing in …h6 is decisive here.  The next few Black moves are all more or less forced.
24… Rxe1-ch 25. Rxe1 Qxd6 26. Re6!!

A beautiful move!  The Black Queen has no good move:  26…Qd7 or 26…Qb8 lose to 27.Re8-ch; and 26…Qc7 changes nothing after 27.d6! and Black finds himself having to move his Queen to where she does not want to.
What Kovalyov does is his best chance: try to confuse his opponent and see if he goes wrong…but he does not! 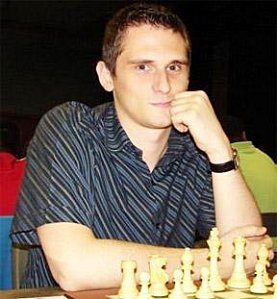 The position is too much to defend!  Threats like Rc8, Bd5 and simply advancing the passed pawns have no good response.  Anton fought on bravely but resigned on move 48.

IM   NORITSYN
I don’t know what it is, but when these two players meet over the board, the chess is simultaneously bad and entertaining.  But mostly bad!  (Recall their game from the Canadian Zonal earlier this year where both sides made serious mistakes and  towards the very end Noritsyn was winning… up to the point that he dropped a Rook for nothing!)

Canadian Champion Bator Sambuev
In this game Noritsyn emerged from the opening with a clear edge, squandered it with some useless check or two and then Sambuev was back in the game.  Then the cycle repeated itself!
In the position above, White has a forced win.   Noritsyn played the first move correctly:
34.a4-ch!  Kxb4

GM  KOVALYOV  (ARG)
The young Kovalyov (the highest rated player resident in Canada) is an accomplished master when it comes to exploiting positional advantages! I enjoy playing over his games especially for to see his excellent technique.
In the position above, Black’s pieces are all tied up and don’t have much scope. Or counterplay. I recommend the readers to play over this game several times to witness how Kovalyov slowly but surely exploits his advantage.

POSITION AFTER 18 MOVES:
IM  NORITSYN  (CAN)

Rozentalis must have evaluated this position as promising for him.  True, he threatens Qd7, and if Black takes on f2 with check then the White King is very safe on h3….Noritisyn’s move must have come as a shocker:
21…Raf8!!
And all of a sudden Black has a winning attack!

Gerzhoy has been having a successful summer, having won the Philadelphia International.  Here in the position above Gerzhoy’s Bishop pair and strong centre gives him the slightly better chances.  Correct would now be 21.Bf4! , not fearing 21…b3  22.Qb2 Rb6  23.a5!
INSTEAD, Gerzhoy played the superficial 21.Qb3 ?! and after 21…a5!  all of a sudden the Bishops become less of a factor since the White a-pawn has become a big liability.  It is worth playing over this game to  see how Rozentalis made good on this  point.