“If you don’t vote because you’re trying to teach politicians a lesson, you’re tragically misguided in your strategy. The very politicians you’re trying to send a message to don’t want you to vote. Since 1960, voting turnouts in mid-term elections are down significantly, and there’s one reason: because of TV advertising. Political TV advertising is designed to do only one thing: suppress the turnout of the opponent’s supporters. If the TV ads can turn you off enough not to vote (“they’re all bums”) then their strategy has succeeded.” —Seth Godin (via azspot) 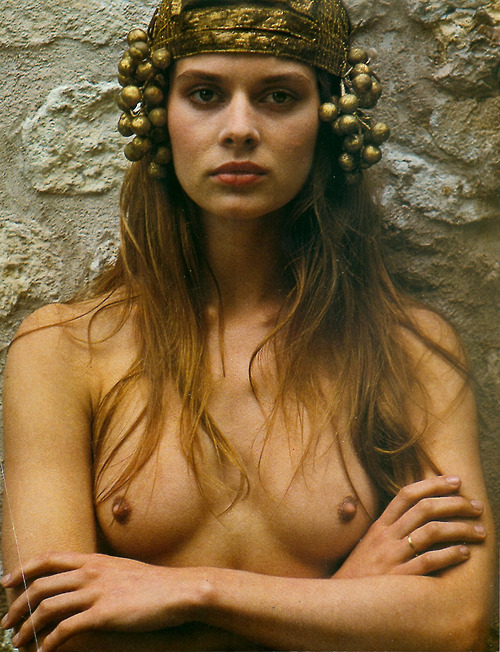 Natasha Kinski; who needs clothes when you are this beautiful? 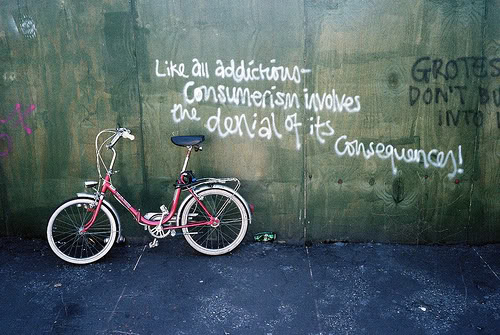 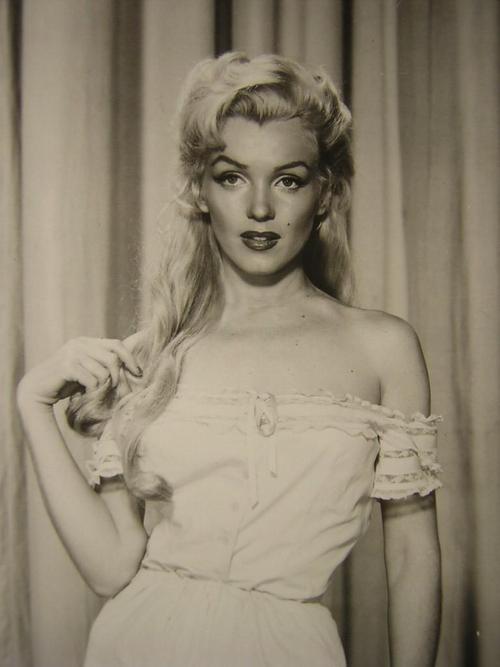 “Marilyn’s a phenomenon of nature, like Niagara Falls and the Grand Canyon. All you can do is stand back and be awed by it.”

— Nunnally Johnson, producer of How to Marry a Millionaire

Cool places to visit next summer:(part I)
FUCKING, AUSTRIA
Who would believe it?  Here we are today, 2010, and there is a village in Austria called ”Fucking”.  Not only that–but worse–the local inhabitants are PROUD of it!   Number of inhabitants: 104.  Got it!  Guess what the number one crime in Fucking is?  Not rape!  Not  violence.  Not bank robbery.  Not speeding tickets or littering….INSTEAD it is tourists stealing signs with the name of  the village!!!!!

(Wiki)
Fucking (German pronunciation: [ˈfʊkɪŋ], rhymes with “booking”) is an Austrian village in the municipality of Tarsdorf,  in the Innviertel region of western Upper Austria. The village is 33 kilometres (21 mi) north of Salzburg, four kilometres (2.5 mi) east of the German border.
Despite having a population of only 104, the village has become famous for its name in the English-speaking world. Its road signs are a popular visitor attraction, and were often stolen by souvenir-hunting tourists until 2005, when they were modified to be theft-resistant.
It is believed that the settlement was founded around the 6th century by Focko, a Bavarian nobleman. The existence of the village was documented for the first time in 1070 and historical records show that some twenty years later the lord was Adalpertus de Fucingin. The spelling of the name has evolved over the years; it is first recorded in historical sources with the spelling as Vucchingen in 1070, Fukching in 1303, Fugkhing in 1532, and in the modern spelling Fucking in the 18th century, which is pronounced with the vowel oo as in book. The ending -ing is an old Germanic suffix indicating the people belonging to the root word to which it is attached, such as in the English word earthling; thus Fucking means “(place of) Focko’s people.”
Fucking’s most famous feature is four traffic signs with its name on them, beside which tourists stop to have their photograph taken, owing to the identical spelling to the present participle of the English-language profanity “fuck”. One version of the sign features the village name with an additional sign beneath it, with the words “Bitte — nicht so schnell!” (“Please — not so fast!”). The lower sign — which features an illustration of two children — is meant to advise drivers to watch their speed, but tourists see this as a double meaning coupled with the village name.

British and American soldiers based in nearby Salzburg noticed the name after World War II, and began to travel to the village to have their photos taken beside the signs while striking various poses. The local residents, the Fuckingers, were considerably bemused as they had not previously been aware of the meaning of their village’s name in English.Since then, the number of visitors to Fucking has increased, with the occasional visit by a tour bus.
The village is especially popular with British tourists; as a local tour guide explained: “The Germans all want to see Mozart’s house in Salzburg; the Americans want to see where The Sound of Music was filmed; the Japanese want Hitler’s birthplace in Braunau; but for the British, it’s all about Fucking.” Augustina Lindlbauer, the manager of an area guesthouse, noted that the area had lakes, forests and vistas worth visiting, but there was an “obsession with Fucking”. Lindlbauer recalled how she had to explain to a British female tourist “that there were no Fucking postcards.”
The road signs were commonly stolen as souvenirs, – the only crime which has been reported in the village. It cost some 300 Euros to replace each stolen sign, and the costs were reflected in the taxes that local residents pay. In 2004, owing mainly to the stolen signs, a vote was held on changing the village’s name, but the residents voted against doing so. Tarsdorf municipality’s mayor Siegfried Höppl stated that it was decided to keep the name as it had existed for 800 years and further stated that “(e)veryone here knows what it means in English, but for us Fucking is Fucking — and it’s going to stay Fucking.

After a spate of thefts, which included the theft of all four signs in one night, and a total of fifteen over a period of several years, in August 2005 the road signs were replaced with theft-resistant signs welded to steel and secured in concrete to prevent their being stolen.  Mayor Höppl said that officials were fed up with English-speaking tourists stealing the signs, and noted that with the newly installed signs it would take all night to steal one. Höppl said that tourists, and the money they bring to the area, were welcome, but locals were sick of replacing the signs. Kommandant Schmitzberger, the local police chief, also hinted at other avenues to stop what he calls “foreign criminals” from disturbing order in the village. Schmitzberger, whilst not disclosing what other options were on the table, stated “What they are, I am not at liberty to disclose, but we will not stand for the Fucking signs being removed. It may be very amusing for you British, but Fucking is simply Fucking to us. What is this big Fucking joke? It is puerile.”
A local resident of the village, Josef Winkler, attempted to cash in on the village’s fame by setting up a website (www.fucking.at), on which he sold t-shirts featuring the village road signs, with the slogan “I like Fucking in Austria” printed on them. According to Winkler, they were selling well, and he was in negotiations with Maxim magazine regarding possible promotions, but was forced to stop his venture after being shouted at and threatened in the street. Winkler said “It was a bit of fun that didn’t hurt anyone, but I found out that in this region you just can’t do something like that. The whole thing became a real trial for me and I had to stop. People are very traditional here.”
In November 2008 the village hosted the Festival of the Fuck Bands music festival, which featured bands Fucked Up, Holy Fuck, Fuck and Fuck Buttons.
In July 2009 it was announced that the village would be installing CCTV cameras in an attempt to deter summertime tourists from filming themselves having sexual intercourse in front of the Fucking signs. A resident of the village said that installing cameras around the village may make tourists think twice and instead choose to only have a photograph taken in front of the sign.Juergen Stoll, the operator of a guesthouse at Wank, close to the Austrian-German border, stated that the residents of Fucking should be cashing in on its name, although Mayor Franz Meindl states “We don’t find it funny. We just want to be left alone. We don’t harm anyone and just want to live in peace.”,and that he would prefer not to see the village being featured in the press anymore. Meindl appears to have the opposite view of former Mayor Höppl, by proclaiming that residents wish for their village to be left alone by tourists.
Putting the problem in context, however, tz-online notes that numerous villages across the border in Germany have names that are “unfortunate” even in German, including Affendorf (Monkey Village), Faulebutter (Putrid Butter), Fickmühlen (Fuck Mill), Himmelreich (Kingdom of Heaven), Katzenhirn (Cat Brain), Plöd (Stupid), Regenmantel (Raincoat), Sklavenhaus (Slave House) and Warzen (Warts).
In 2009, the European Union’s OHIM trademarks agency forbade a German brewery to market a beer called “Fucking Hell”. It appealed, and was granted permission in January 2010 to market the beer.It claims the beer is actually named after the Austrian village Fucking and the German term for pale lager, Hell.
_______________________________________________________________
COOKING 101
COOKING FOR GEEKS! 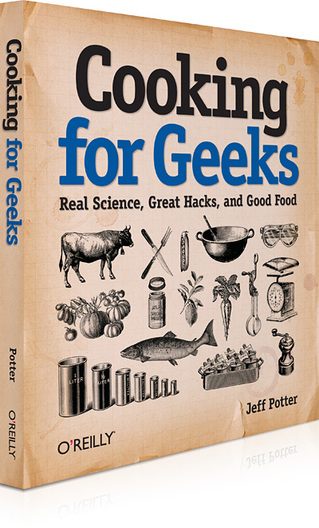 GRABBING LIFE BY THE BIG BANANA 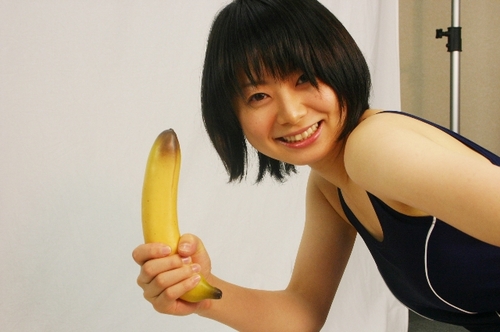