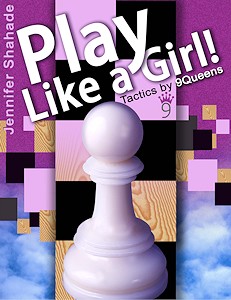 An original concept in today’s changing chess world, by none other than America’s Jennifer Shahade (http://www.jennifershahade.com/) , author of the provocatively titled sensation ”Chess Bitch”.  Once upon a time–not so long ago, infact–such a book would have been considered a joke. Only Judit Polgar had made a dent on the world chess scene. But with the recent explosion of interest in women’s chess, and in particular the appearance of high profile women-only tournaments, women’s chess has gained prestige and class.  Why shouldn’t an up and coming girl have her role models?