With my tournament in San  Sebastian ruined, first because of food poisoning and now because of the side effects of the medication that I have been subscribed, I naturally felt a bit underwhelmed at having scored a mere half point out of today’s double round.  However, it did not take long for me to cheer up and put things into perspective:  at least I still have my testicles!  Something that can not be said of poor Martin Douglas of Newcastle…read this story.  It is making the rounds on the news services today! 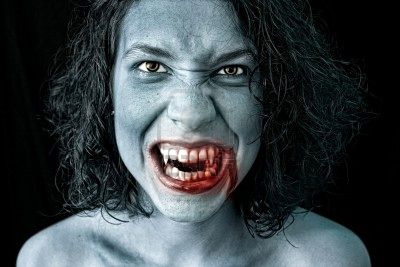 Man’s worse nightmare come true
MARIA Topp, 43, is accused of biting off her lover’s testicles. Mr Martin Douglas, 45, had to under go emergency surgery to have his gonads reattached.  The incident allegedly took place at Douglas’ appartment in the early morning hours of February 18 of this year.  Mr. Douglas wants the woman to go to prison.
Maria Topp, a mother of 4 children, appeared in court yesterday denying the charge.  She was granted bail pending what is expected to be a 2 or 3 day higly mediatic   Topp appeared in court with dyed blonde hair in a bob and wearing a sparkly white jumper.

The bitch: Maria Topp.  ”I did nothing wrong.”
http://www.metro.co.uk/news/861537-mother-maria-topp-denies-biting-off-boyfriends-testicles#ixzz1KCZRnlWl

Police in Newcastle says Mr Douglas called 999 but the operator had trouble deciphering what he was saying.  Which somehow makes perfect sense to me…regardless of whether  the telephone receptionist was Indian or not.

Maria Topp’s lawyer seemed optimistic of a favourable outcome in the court case.  However, in 2005, a woman who admitted to ripping her ex-boyfriend’s testicle off with her bare hands after he refused to sleep with her was jailed for two and a half years.
No doubt an array of imaginative arguments are available to the defence:
1. ”He asked me to eat him.”
2. ”I got over enthusiastic”
3. ” He told me he wanted to experiment rough sex.”

and when all else fails:  4.”At least I didn’t swallow them.”
What ever the outcome of this bizarre incident, it only goes to reinforce what my high school sex teacher told the class : ”Be careful where you stick it.”