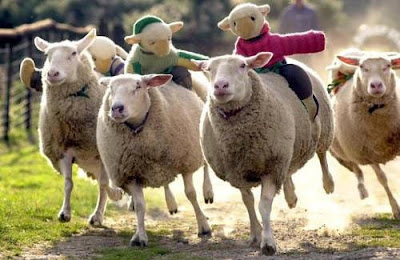 Onwards and upwards: CFC presidential election off to an early start….
Do you ever wonder why the CFC has become such a national embarrassment?  It is not just that half of it’s executive members in the past 10 years are sleazy bots who have been involved either in magical money-disappearing acts  or who have personally benefited by their roles in the Federation.
Nor is it that their management skills are of such  notoriety that if they were put in charge of managing an out-house for a year then few amongst us would doubt that not only would the toilet paper be made of 10-dollar notes  but that the toilet would have been sold as a cost-cutting measure.

Back in 2003 I–when I still had faith in the fundamental integrity of chess organizers in Canada–I wrote a 50-page report as part of my Masters Representative responsibilities that took the then CFC president Peter Stockhausen to task for allegedly accepting a bribe from the late  Yves Charbonneau (who I later learned was the CMA president!).  I had the report published.  But if you were to try to find it today amongst the CFC’s GLs and other historical documents, then you wouldn’t find it because it has been buried.

Hal Bond was elected CFC president in 2007, despite Gordon Ritchie having tried to discourage him from running.  Gordon argued diplomatically that having an active organizer as president of a national organization might take away from the pool of talent of those interested in organizing.   Ofcourse, a more direct reason for Bond not running was because he had been intimately connected to the disappearance of  $120k from Trillium as well as in the controversial disappearance of some $15k that he and Patrick McDonald still owed the CFC for organizing the CYCC the summer before.

When Bond left, we had one year of an honest individual as president —David Lavin–but he proved to be incompetent and lacked people skills.

So the Ottawa folks managed to have a bi-polar idiot by the name  of Eric Van Dusen elected as president in 2008.  His wife would not let him have internet at home!  His health issues prevented him from functioning normally as an adult, and at one point he simply disappeared from the radar for 3 months….during that period of time he shredded potentially incriminating documents concerning Trillium.

Is there a career advancement clause for Ottawa civil servants if they become a president of a national organizaton?  Even if there is one, it is a real shame that those people  who might consider themselves a friend of Eric’s would allow someone with serious health issues take on an office that he could not possibly perform…

So last year we elected Bob Gillanders, a somewhat new face on the national level of the organization.  Bob is trained as an accountant, but is currently unemployed.  One would have thought that an unemployed person would have lots of time to dedicate to the role of president, but apparently not.

This past week Bob–who I had carefully avoided criticizing for his role–let it be known that he will not seek re-election this coming July.  Bob claims to not have the time to dedicate to the job…

Be that as it may, but it must be admitted that even though Bob tried to do a good job, he failed.  He ran on a platform that he has not even come close to fulfilling. There has been no membership drive. The new website has failed to meet its original start up schedule.  It is unlikely that a Canadian Zonal will actually take place (even though it has been marked on the agenda).  The rating scandal involving the young champion Jason was a black mark.  The online meetings have lead to a new rule that prevents the membership from knowing exactly how the meetings develop, and so on.

I suppose that Bob has just become fed up with being in the lime-light and being unable to deliver.  Some point to excessive criticism by the membership, but fail to see that a democracy demands accountability.  In the CFC, often accountability is seen as a option, in much the same way as these same people view  ethics as being an option.  Infact, at times the CFC leadership seems to live in a parallel universe separate from the membership, but  that they don’t realize it! 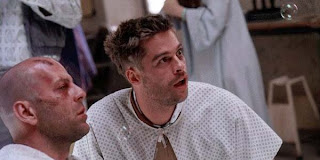 Willis and Pitt from a scene in 12 Monkeys; any similarities with some in Canadian chess purely co-incidental!

And just when you think it can not get any more sublime or ridiculous, Bob Armstrong has invented a new organization called the Cooperative Chess Coalition.  No doubt inspired by what ever OHIP-subsidized medication Bob is on…. 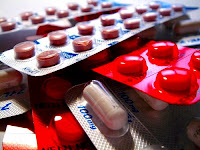 Organizing chess is no easy task, but it is equally important to clean house from time to time.  The CFC has not dealt with any of its fundamental responsibilities in an adult like manner.  Instead, its leadership has become more interested in writing motions about motions about organizing chess than in actually doing what is important for chess:  Organizing.  Doing.  Action. Results   NOT THEORY!
No matter who becomes the president of the CFC next summer, few rational members expect a change in the downward spiral that has become the norm in Canadian chess.

And they would be right….