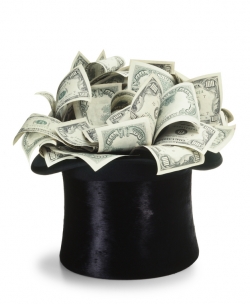 One would be wrong to think that the CFC is  Canadian chess.  Ofcourse, the CFC is part of Canadian chess, but just a small part of it!  Canadian chess is much, much more than the CFC.  Canadian chess existed BEFORE anyone even dreamed up the idea of the CFC.  Even before anyone thought of FIDE, for that matter!  Canadian chess was part of the founding spirit that helped create FIDE in 1924 in Paris.
Canadian chess is you and I and everyone else who ever played in a Canadian tournament, whether it was rated or not.  Whether they won or not, or had a good time or not.  Canadian chess is anyone who represented Canada in a chess meet or congress.  Canadian chess is our common chess history, our champions past and present; our chess literature and our common chess culture.   Canadian chess is those who are bound by a singular love for the game.
Organizers and volunteers play an important role in all of this, but let’s keep in mind that most–if not all of them–are or once were players themselves and are just part of the Canadian rainbow. The CFC fits in there somewhere, too.  But politics can be a negative force in our community when in the wrong hands.  Bad volunteers chase away good volunteers.
I am a vocal critic of the present mafia that runs chess in Canada.  The role of strong players is to hold such chess organizations accountable to the membership. Amateurs tend to not venture out of their local club and are by definition not interested in the welfare of chess elsewhere.  This is not a criticism: it is a fact, a reality.
In Canada–today– the CFC  does not meet the high standards of the CFC constitution.  The CFC can not even see the importance of finding people to serve on its Ethics Committee!  This group–most of the time– does not even respect their own rules and regulations.  While composed of a number of respected and successful individuals in private life, as a group the CFC  more often behaves little better than  motorcycle  gangbangers!  There is no rule of law, and members of the CFC do what they want, depending on how much they can get away with…as a result Canadian chess today is in a bad way.
______________________________________________________________________
What is worse, still, is that the CFC is a very poor organization.  Worse still, its tax status has been withdrawn because of years of continued  abuse and ignoring warnings from the Canadian authorities. The book and equipment business has been sold.  Its condo has been sold.  Its printed magazine has disappeared.  Its rating system–the principal source of revenue today–has become a liability. There are fewer and fewer sponsors willing to associate themselves with chess, let alone with an organization like the CFC.  The government does not subsidize the CFC’s activities.

2010 Canadian National Team and Women’s Team
For this reason, sending teams to the Olympiad is always a difficult task.  This year it is estimated that it will cost $20,000 to send both a women’s team and the National team.  It will take place towards the end of August and beginning of  September, in Turkey.  Without public support there will be no Canadian participation. 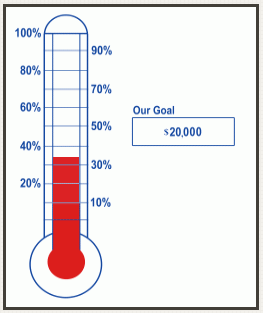 So far only $6,000 has been raised from the Canadian chess community
Regardless of the impotence of the CFC leadership, the Canadian chess community wants to send a Canadian team to Turkey to participate and represent Canada (not the CFC !).  Many little fundraisers and small projects have been hatched with an eye to raising money for this goal.  One such fundraiser is this weekend in Toronto!
Walter Dobrich, an active chess enthusiast and organizer in Toronto, is using his club to raise money one weekend by organizing a blitz tournament.  Walter sent me the information below, and all of the details of this fine initiative can be found there.

Dobrich (r) awarding IM Gerzhoy his prize at a club blitz tourney.
Chess Olympiad Fundraiser Tournament
Saturday, May 26
Legends Sports Lounge
774 Danforth (2 blocks east of Pape subway station)
”This event is a part of the regular Saturday Rapid but with an increase prize pool.   The prizes will be according to a fairformula –            Prizes = $(20 X no. of entries) + $225    Thus with the expected 20 entries, we will give away $625 in prize money.
There will be a parallel contribution to Canada’s Olympic team expenses as follows:
Whatever amount is won by a team member or team captain, an equal amount will  be donated to the team effort in Turkey later this year. In the case of the men’s team the representatives who play will be Nikolay Noritsyn, Leonid Gerzhoy and Victor Plotkin plus any others should they arrive from out-of-town.
For the women’s team effort, any woman’s winning will garner a like contribution to the  women’s team.  The Olympiad contribution will not affect the player’s winnings – they keep whatever they win.
Also there will be a complimentary appetizer buffet served at 1:15   The tournament starts at 2pm and should be over by 5pm.  Hope to see you there!”–Vlad Dobrich; club owner.
_________________________________________________
Share