One of the great things about chess is that someone’s understanding of the game can be explained in writing, something that is not the case with many other arts such as music or tai chi. Accordingly we have the opportunity to take lessons with some of the greatest players in history, but only if they were good at communicating their ideas and we then read their books.
Which are the best of these? A personal favourite of mine is Lasker’s Manual of Chess by the former World Champion Emanual Lasker. I’ve read this one about 4-5 times from cover to cover and dipped into it on many other occasions. It is a tremendous storehouse of wisdom on chess with wide applicability to other fields, something that I haven’t really found in any other chess book.
Of those which have value for chess alone I’ve always liked Capablanca’s Chess Fundamentals which clearly communicates many important strategic ideas, especially in simple positions. On the other hand I’ve never liked Nimzovitsch’s My System that much, finding it to be a tough read and rather convoluted in its thinking.
A wonderful source of instruction from champions are their annotated games collections. Mikhail Botvinnik’s were books that I learned a lot from as were those of Paul Keres and Bent Larsen. I didn’t really like Bobby Fischer’s My 60 Memorable Games quite as much, perhaps because it lacked much of a story line. Alexander Alekhine’s two books are also something I didn’t take to immediately, though these days I appreciate them far more and would like to find the time to go through them again.
Amongst more recently published books my personal favourites are Viktor Korchnoi’s two books on his games covering those with White and those with Black. One thing I particularly like about them is Korchnoi’s great objectivity about how he played, he doesn’t seem to be out to dazzle his audience with his abilities despite the fact that he is one of the greatest players in history. This quality makes it much easier to learn from him and also provides a useful piece of guidance about what one should avoid.
____________________________________________________
SOME OF MY COMMENTS  (ks) 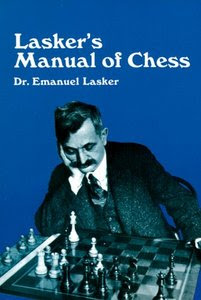 Written by Lasker soon after he lost the world championship to Capablanca, but published only in 1925.  One of the greatest chess books of all time.  It gives the reader a completely different perspective on the game than the usual manual that tries to explain chess in terms of moves and ideas.  Perspective is the key word here: Lasker treats the game of  chess in a modern style.
I first encountered this book in the summer of 1969 (the edition then had a greenish tint).  I have to admit that it was all above me at that time, but in the years since this book has become my faithful companion.  Without it I would have never achieved my best results in the mid to late ’80s. 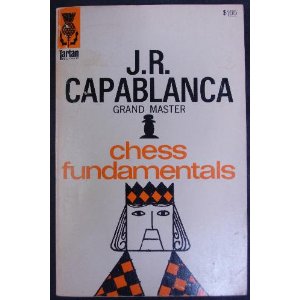 When I first read this book in high school, it was just another book to me.  It seemed a bit simplistic, but since then I have come to realize that this simplicity was Capablanca’s trademark in the game.  Today– with so many books concentrating on pages of deep-Fritz bullshit analysis–this simplicity of ideas and schemes has all but disappeared.
If the position is a relatively trivial task to win (for a world champion) , why shouldn’t ”The rest passes without comment.” be the way for the author to proceed?  The serious student of the game should  not need to be  referred to pages of table-base analysis and endgame texts (he can do this himself at home).
Recently I have taken a look at the Queen vs Rook endgame;  Capablanca’s treatment of this ending is the best that I have seen of all books written before 2000.

The less said about Nimzovich’s My System (Chess Praxis) the better. I refer my readers to my published comments on Nimzo’s writings elsewhere.  I agree with Nigel’s opinion that this book is convoluted.  I know that many strong players have high praise for Nimzovich (Fischer, for instance)—but I have come to suspect that few of them have actually read it!

The book is historically the first narcisstic chess work by a strong player…the highest praise that I can profer on this book is that I have still not thrown out the one copy that exists in my library (…though I am thinking about it !) 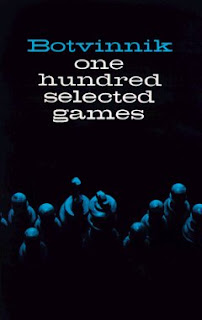 Dealing with the early period of Botvinnik’s development to just immediately after the II World War, this book is a great read for anyone who wants to become a GM.  The games are great; the comments and insight are valuable and instructive; method and scientific approach ooze from every chapter.
I first encountered this book while still in high school  Probably one of my brothers first bought it and left it around the house…I have 2 copies in my library –one a beat up edition from 1973 and another more recent copy. 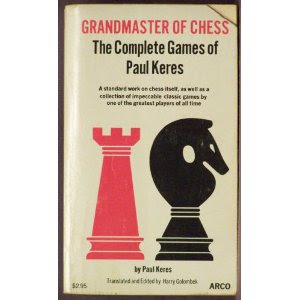 Now here is a GREAT book!  It is one of my favourite books of all time; the copy I have is beat up and falling apart–I still use it!  The analysis is a model of how to annotate your games.  I am certain that Bobby Fischer’s 60 Memorable Games is written exactly like the Keres’ book.
I can not remember when I first read this book, but I do remember buying my first copy of it in the spring of 1977 in some US tournament that I had just won.  The next weeks I could not let it be out of my hands. 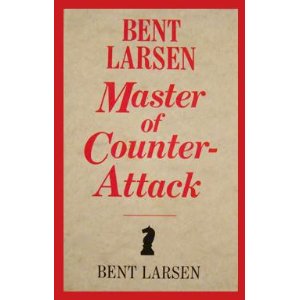 I have a copy of this book in my library, but I don’t remember buying it.  I first encountered this classic when I was in high school (CC members Gary Katch and John Gerez had copies at their homes).  I never liked it very much, probably because it was so different from my own impressions of chess at the time.  Over the years I have come to appreciate it more, though I don’t consider it a great book.  I very much respect Larsen’s writing, but this book did not do justice to his skills as a writer. (Larsen is one of my favourtie writers)
I much prefer a text that Larsen co-wrote : 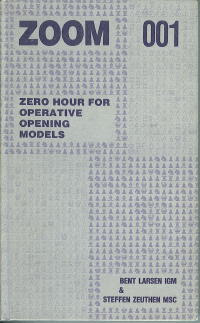 This book is one of the best books in my library!  I first encountered it about 1983 and my chess strength jumped 100 points in just a few months…Basically it is a collection of great chess games organized by openings (closed openings: Dutch, Kings Indian, Tarrasch, etc).
What I like most about this game is the lack of showy-commentary and redundant analysis.  The book is insightful into how a world class GM’s mind functions…unfortunately few books today use this model. 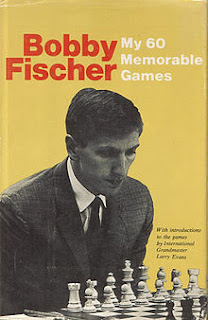 Perhaps the most widely read chess book today!  Written before Fischer became World Champion (the last game was played in 1967), I first read this book when in high school.  I have a copy in my library (beat up and falling apart, ofcourse).  It reads like a Bruce Lee manual on street fighting.  The openings are really well treated, the comments and insight into personalities of the chess stars of the epoch are a nice addition, and the brutal honesty and self-criticism shown by the author are just some of the high qualities that one finds in this classic.
Even today this book evokes analysis.  Kasparov has tried to challenge some of Fischer’s comments and judgements (Mark Weeks’ excellent blog often deals with this exact topic) using computer analysis, but so far he has not impressed many.  No doubt there are numerous analytic errors in the book , but what book is perfect?  Fischer’s book is a must read for any serious chess player. 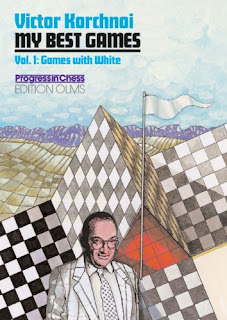 I agree with Nigel’s assessment of Korchnoi’s 2-volume series of his games (divided by colour).  I was equally impressed with Viktor’s self-critical commentary.  His referral to how chess engines have helped him better understand his own games stands out , in my own mind.  My only criticism of this series is that Korchnoi limited himself to so few of his games: he has played so many great games that I would have loved to see him analyse them! 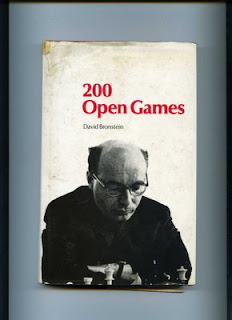 Nigel did not refer to this book by Bronstein, but I think it is one of the best books written by someone who never became World Champion.  I was given this book on the occasion of my 23rd birthday by Arthur Langlois, the late president of the Alekhine Chess Club in Montreal (1969-1979?).  Langlois had all the participants of the Friday night Blitz tournament sign it for me!
While I unfortunately no longer have that copy, I have a newer copy in my library.  What I like most about this book is the frugal–but insightful– commentary that each game gets.  The book deals with the King-pawn openings.  I have learned a lot from this book, and I still refer to it from time to time…

And finally, let me end with this classic:  500 Master Games of Chess (Tartakower and Dumont).  An old book, no doubt, but I have come to consider it one of the best game collections ever written!  Divided into chapters based on openings, only the very best (or most instructive) master games are considered.
I first saw this book when I visited the home of Arthur Langlois in the early 1970’s, when he lived on DeLormier Street.  Langlois used to have the best book collection in Montreal (he was, after all, a collector ).  He offered to let me have the book on loan, but I turned him down since it was such an old book!  In the years later I came to realize how silly I was: chess is not about what period the game is played in, it is about WHO plays the game!
Today this book occupies an honoured position in my library.  I constantly refer to it.
Share