LINK
The Kazan Gran Prix is well underway and has produced some real fighting chess.  The standings after 6 rounds can be seen below: 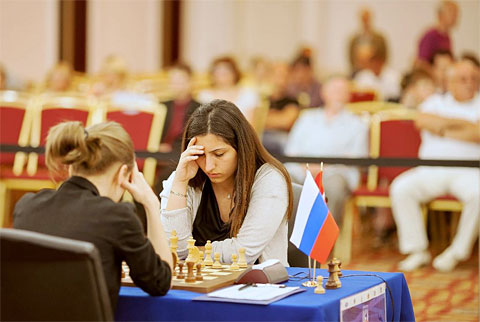 Kosintseva (left) vs Yildiz
One of the most instructive games was seen in Yildiz vs Kosintseva (Tat.).  Black delayed castling in order to quickly develop a Queenside initiative, and only castled in order to be able to bring into action the King Rook.
By not castling early, Black managed to confuse the young Turkish sensation, who did not seem to know where to attack!  I like very much the final attack, very reminiscent of one of Bobby Fischer’s  best attacking games ( Minic–Fischer,1970).  The way Black handles the attack with the Queen and Rooks is worth careful study!
POSITION BEFORE BLACK’S 26th MOVE:
gm  KOSINTSEVA,T 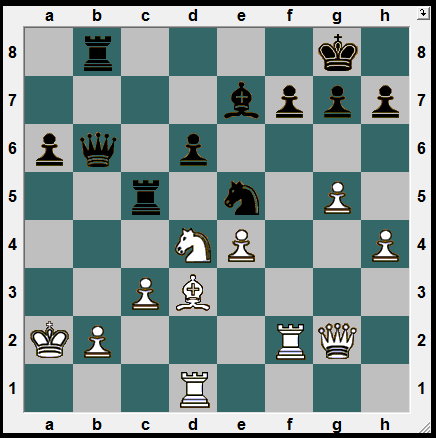 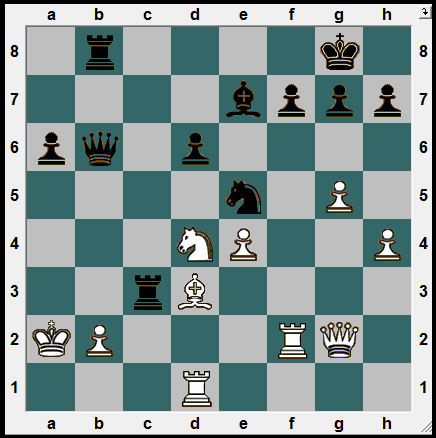 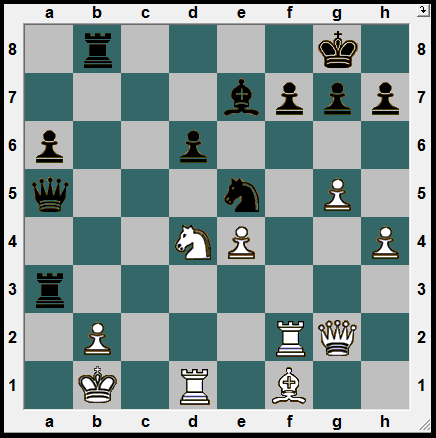 It is too late to stop the invastion!  Black won in grand style…