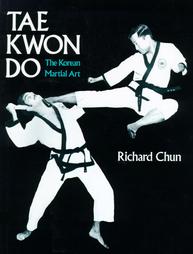 Tae Kwon Do is one of the most physically demanding of the martial arts, emphasizing power, kicks and punches.  I took a course on Korean Tae Kwon-do in the middle 1970’s , soon after the Bruce Lee and the Kung-fu series (Caradine) became  a staple of North American pop-culture.

I stayed with it for a while, but it was brutal! I later switched to Aikido and Tai chi, much less physical and demanding.  However, I never lost respect for Tae Kwon-do.
Below is a video that you will get a kick out of!  It features two young children fighting it out in a real-life training session  in the gym. What do kids of this age really know of the art, other than by watching others fight it out?  Sort of reminds me of the prevalent attitude towards Scholastic chess in North America these days: the parents’ and coaches’ deliberate pretending and role playing …  and the kids ONLY having fun. Anyway… Enjoy this video!