More bad news for my readers who find themselves on death row in Texas. No longer will the warden take any special-menu  requests for the last meal.  Now inmates will have to put up with the usual slop that is served each day.  I mean, not that it matters that much in the grand scheme of things (the execution is usually just hours afterwards and I personally would have difficulty enjoying it) but the utter  political pointlessness of the new ruling has turned more than a few heads…
“Enough is enough,” state Senator John Whitmire wrote in a letter on Thursday to prison officials, prompting the move. “
“It is extremely inappropriate to give a person sentenced to death such a privilege. It’s a privilege which the perpetrator did not provide to their victim.”   Link to story 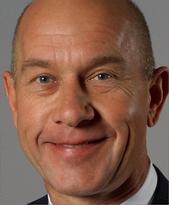 Brian Evans of Amnesty International had this reaction:
“It’s a minor thing compared with the fact that they are killing him. The cruelty of the whole process is much larger than whether you get to pick the last meal that you eat.”

Can a prisoner request anything for his last meal?

Within reason, yes.  In an indepth article that deals with this precise question , the author points out  that the condemned inmate must submit his request several days before-hand, and then the authorities are usually quite obliging. The prison chef (usually an inmate himself) prepares the meal.  In some cases (exceptional) food is ordered out.  The maximum cost of the meal is not to exceed $40.

Alcohol is frowned upon, which might make good sense.  As well, exaggerated quantities of food are out of the question: one inmate asked for 24 tacos as his last meal (?!, probably a mexican) but had to settle for 4.

The most common last meal is typically American fast-food: cheeseburger and fries.  And icecream.  Sometimes pizza.

One inmate on death row–Phillip Workman— requested pizza, but with a catch:  he did not want any himself and he wanted the pizza to be distributed amongst the homeless in Nashville.  It was denied.  He was executed at the appointed hour. 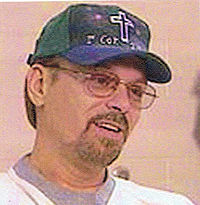 Larry Hayes wanted (and was given): “Two bacon double cheeseburgers, French fries, onion rings, ketchup, cole slaw, two diet Cokes, one quart of milk, one pint of rocky road ice cream, one pint of fried okra, salad dressing, tomato, and onion.”   But he did not eat any of it: he said he lost his appetite!

Fight the system to the end, hey Larry!

Another inmate —Odell Barnes— had a very unusual request ”Justice, liberty and world peace”. Seems like the warden turned that down also….

More of these  last meal requests can be found at http://www.deadmaneating.blogspot.com/