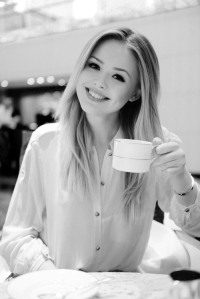 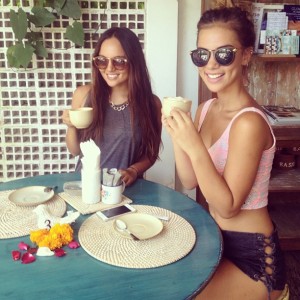 MONDAY!  Coffee is always good for you, but on Monday it seems  even better!   I read today a long list of INTERESTING things about coffee, some that I already known and others that I did not.  For example:

2.Coffee is GOOD for your Liver:   People who drink four cups of coffee a day are 80% less likely to develop cirrhosis, a condition that develops from several diseases affecting the liver. Although we don’t recommend that much caffeine in your daily diet.

3.Coffee can help prevent Alzheimer’s and dementia:  Several studies have shown that coffee drinkers are up to 65% less likely to get Alzheimer’s Disease, which is a leading cause of dementia.

4.Coffee can help you live a longer and healthier life: Coffee contains lots of antioxidants

5. Did you know that the  first webcam in the world was made for coffee:  In 1991, a group of Cambridge University scientists set a camera on their work building’s coffee pot, streaming the footage live on the web so that they would be able to see if the pot was empty or not, saving themselves the disappointment of a coffee-less trip.

But best of all, coffee can inspire us ,,, 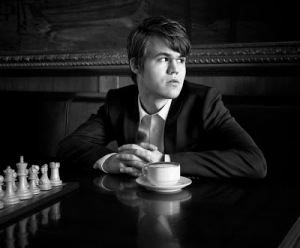 Sad but true!  The FIDE deadline for bids to have been submitted for the upcoming Anand vs Carlsen rematch has come and gone.  FIDE had been looking for a minimum 2-million dólar purse.  The problem is  aggravated  not just by the fact that Anand and Carlsen played late last year(!) in India, but this match turned out to be one of chess’ most BORING and POORLY PLAYED matches in history, with Anand losing drawn endings and Carlsen not even trying to come up with some original opening ideas.  As Kasparov sarcastically tweeted:  ”Anand has no endings and Carlsen has no openings…” 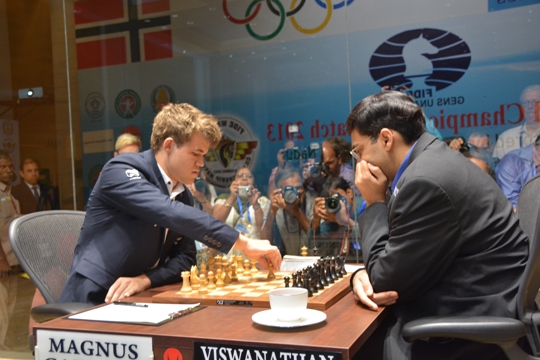 There was also considerable controversy over the real number of people following the match world wide.  Spectators on hand were no more than a couple dozen, while India-TV and  worldwide internet numbers were grossly exaggerated and often simply invented, probably to try to hide the embarrassing reality that  chess lacks the large-scale  prestige and visibility that once existed in the  70’s and 80’s. 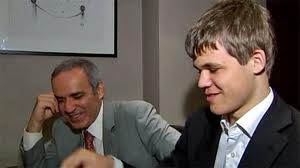 Kasparov  last month  did not let slip the opportunity to use  this lack of interest for the 2014 re-match as ammunition in his FIDE election campaign, arguing that Kirsan Ilyumzhinov’s reputation is the main obstacle in finding corporate sponsorship for chess.

BUT ONE MUST ask if the people behind Carlsen’s recent celebrity tour amongst some of the world’s richest and most influential corporate CEO’s did not also have a negative impact?  For instance, against Microsoft founder Bill Gates, both Carlsen and Gates were placed in a LOSE-LOSE situation … 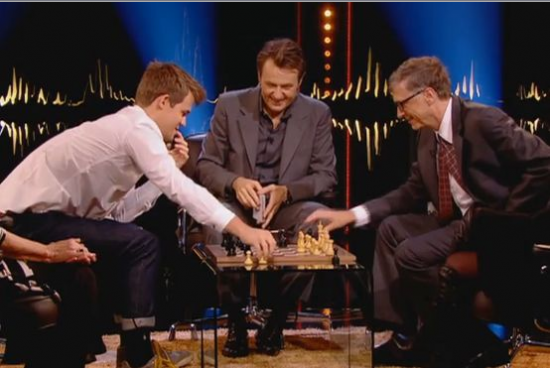 Rather than doing the politically  correct diplomatic-draw, Carlsen’s people put both Magnus and Gates in an impossible situation where Carlsen HAD to win and where Gates could NOT avoid embarrassing himself.  The result was  even worse than that:  a humilitating mate in 9-moves that went viral.  Is this the way to attract corporate interest?  Carlsen should FIRE his entire team!