From Mondariz, 1996.  Black is intent on attacking on the Kingside, his Bishop on g3 serving a sinister purpose. However, the h-file is closed for the moment, the White Rook taking up an active position, useful both for offence and defence.  Here White is to move and he has the opportunity to reverse roles on the Kingside….
WHITE TO PLAY AND WIN!
Degree of difficulty: medium to hard.
——————————————————- 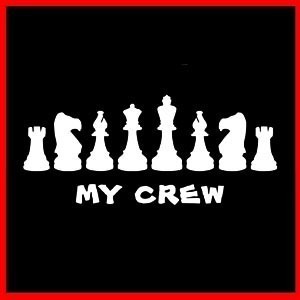 gm  De La Riva,O
Barcelona, 1993.  The White d-pawn is a big asset, but for the moment it is under control–or so it seems.  Black was counting on the hurried 45.Rxf7+? RxR 46.d8Q  Qb2+ with a perpetual check along the first and second ranks.
WHITE TO PLAY AND WIN!
Degree of difficulty: easy!

Khanty Mansyisk, 2010.  A sharp position with White having superiority in the centre, Black on the Kingside.  The King is always more important…
BLACK TO PLAY AND WIN!

Degree of difficulty:  easy to medium

France, 1999.  Another sharp position, this time featuring opposite-side castling.  In such positions it usually comes down to who is the quickest in the race.  One move can make all the difference…
WHITE TO PLAY AND WIN!

gm De La Riva,O
Buenos Aires, 1993.  Oscar has been keeping up the pressure but his resourceful opponent has been containing it.  However, whenever the King is still stuck in the centre, one must never be too confident…
HOW DOES WHITE GET A WINNING ADVANTAGE ?