Barcelona Sants Open 2014.8.29   Position before White’s 25th move.  Black had forseen this position several moves earlier, before entering into a forced series of exchanges, and had only counted on 25.RxR QxR. 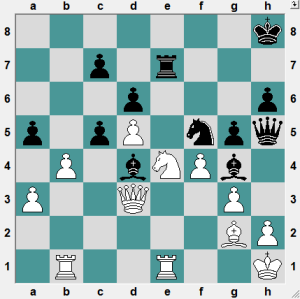 No doubt trying to undermine the annoying Bishop on d4

Barcelona Sants Open 2014.8.27  Position after 24 moves. White is clearly better with his active pieces and Bishop pair.  Infact, there is a forced win to be had.  The game continued:

INSTEAD, White thought he had better: 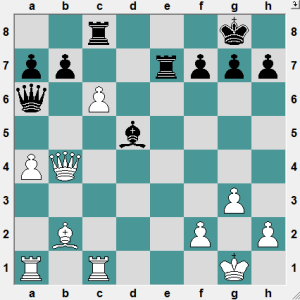 Looks strong at first sight, but throws away all of White’s advantage! 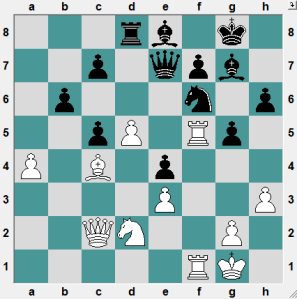 Barcelona Sants Open 2014.8.27   Position before Black’s 27th move.  A sharp struggle where Black’s extra pawns and Bishop pair should be a bit better than White’s extra exchange and pressure along the f-file.  However, Libiszewski allowed his sense of danger to wander for one moment when he played: 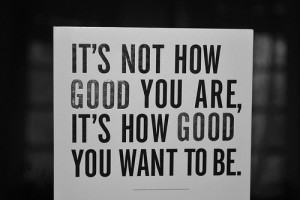 Barcelona Sants Open 2014.8.28 Arias Igual, Alejandro–Graf, Felix: 32…c4!  White overlooked that he needed his Queen on c3 to defend the g3-square.  If now  33.Qc2 Rxe4! Followed by 34…Nxg3+, which is immediately decisive.  In the game White played the desperate 33.QxN but resigned two moves later.