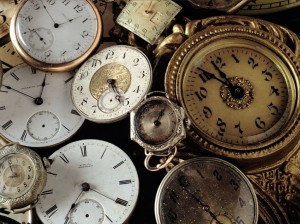 First some oldies (but goodies):

Beverwijk, 1964.  White has a dominating position with active pieces.  Almost every Black piece is on the wrong square! In particular, the White Rook on c1 and the Black King on f8 give motif for a quick kill.  Do you see it?

Harrachov, 1966.  Position after move 39.  Probably in time trouble (the time control was move 40), the last few moves have seen the Black position disintegrate.  Most worrisome, from the Black perspective, is his King position: the White Knight pins down his majesty to the corner.

The rest of today’s exercises are from the last few rounds of the World Júnior in Turkey.  Good luck! 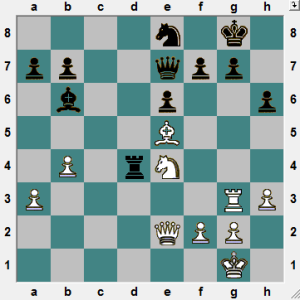 While this does attack the White Bishop, it does not add protection to the Black Queen!  A very important , if subtle, detail….

HOW CAN WHITE GET A BIG EDGE? 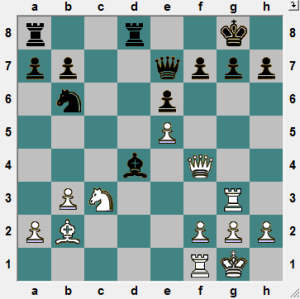 Position after 18 moves of play.  White has obvious intentions of attacking on the Kingside (look at his Rook on g3!), but Black’s last move (18…Bd4) was designed to de-activate the Bishop on b2 and slow things down (19.Qh6 can be met with 19…f5).  Unfortunately, Black’s basic idea does not work: 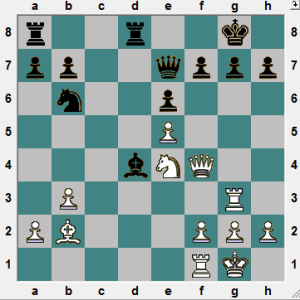 Funny how  chess constantly reminds us that the game is –fundamentally– a struggle of ideas!  White’s last move simply  ignores Black’s idea–leaving his Bishop enprise– and threatens to intensify his initiative with Nf6+. 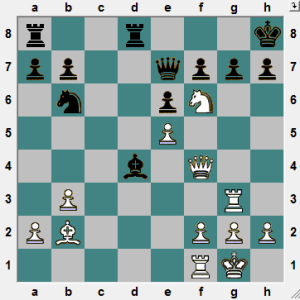 Anyway(!) even though it is not check.

White threatens, amongst other things, to continue his attack with 21.Rh3, with winning variations similar to the last note.  Black tries his best to avoid that and resist in anther fashion: 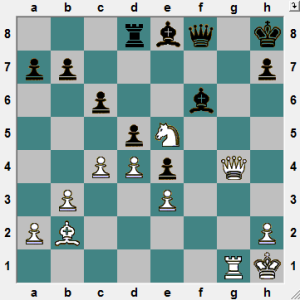 Position after 28 moves of play.  The Canadian star has clearly outplayed his opponent , who can barely move.  Especially, the open g-file is paralyzing.  HOWEVER, Black has every square protected and then again…Wang needs a fresh idea in order to bring Black to his knees… 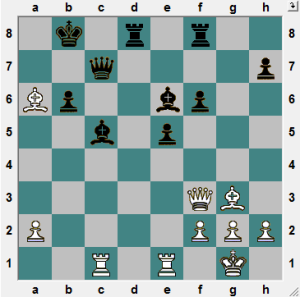 Position after 24 moves of play.  Opposite side castling.  Clearly White is better  and–to boot– he has the initiative.  However, Black can still put up strong resistance should White underestimate his task…one needs to be very precise when going in for the kill: a trapped animal is always dangerous! 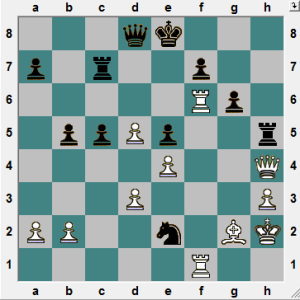 Position after 24 moves.  Black is attacking the White Queen and threatening, in some lines, to block things with Nf4.  There is no doubt that White has a big positional advantage in this position, however, but White must play with energy and courage in order to overcome Black’s resistance.

HOW SHOULD WHITE PROCEED?

INSTEAD, no doubt driven by fiery passion, White preferred to take risks and play for the beauty prize! 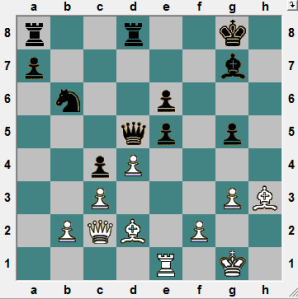 Taking with the Rook or Knight would allow 27.Bxe6+ followed by the White Queen infiltrating…

All very pretty!  BUT, it is not clear that any of this should win by force against best play 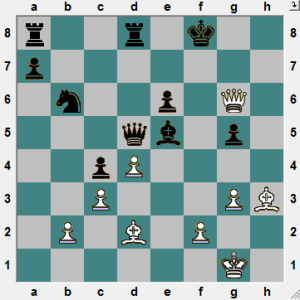 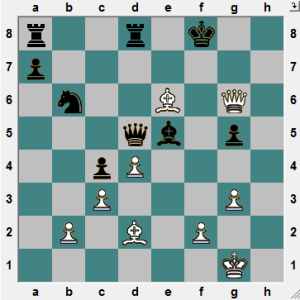 Here Black MUST the Bishop: after 30…QxB!  31.QxQ  Bg7  32.Bxg5 White is a bit better, but it is far from clear that White should win the game.  With 2-Rooks and a Knight for the Queen and pawns, Black can put up strong resistance.  HOWEVER, probably short of time and drained from the impressive series of sacrífices on White’s part, Black makes a terrible mistake and loses immediately…