“Strong coffee, much strong coffee, is what awakens me. Coffee gives me warmth, waking, an unusual force and a pain that is not without very great pleasure.”
Napoleon Bonaparte

It has been a relatively good week , chess-wise, for my fellow Canadians. Youngsters Aman Hambleton and Eric Hansen achieved top-10 positions in the Open in Mexico  while 61-year old Leon Piasetski also got a top-10 position in the World Senior Championship in Greece.  Congrats! 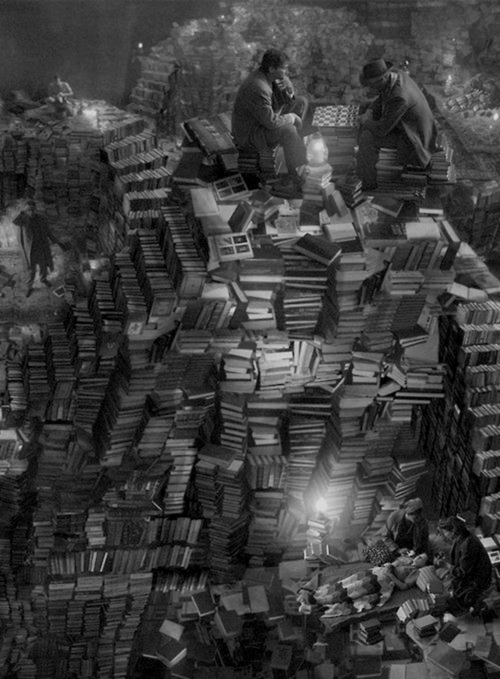 Sixty-one year old im Leon Piasetski was close to a GM norm, scoring 3 wins, 3 draws and one loss against titled players.  Since his retirement several years ago, Leon has been quite active, participating in numerous international events all around the world.  It seems that the ex-Montrealer only needs to be a bit more consistent and then Canada may very well have yet one more grandmaster!
———————————————————————-
TIMES ARE A CHANGING…
Canada has some really good talent right now amongst the under-25 crowd.  Raja Panjwani (who is studying in Oxford right now) as well as Eric Hansen and Aman Hambleton (both of whom have temporarily stopped their university studies to concentrate on chess) are capable of changing the map of Canadian chess.  Eric already has the gm-title and Aman’s latest result might very well count as a first gm-norm.  And Raja’s play this past summer has convinced me that he is very close to gm-strength…if not already one.  Raja has already defeated about 20 gms in over the board play! 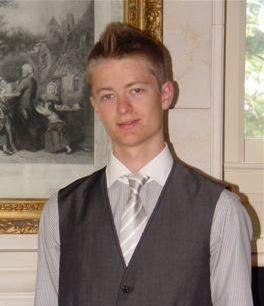 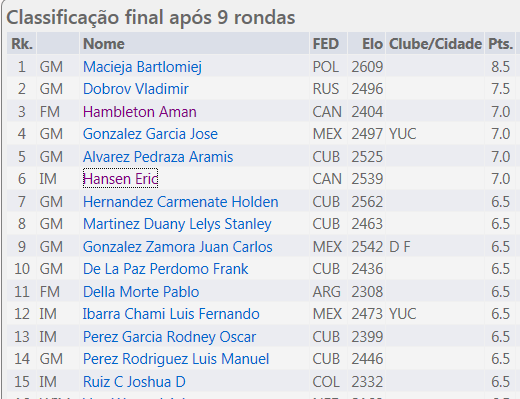 Top 15 places in the Open section of the Mexico tournament.

Aman scored an undefeated 7 points in 9 games, including 4 points out of 6 against grandmasters!  Normally this is good enough for a gm-norm, but Aman’s performance rating was some 4 points shy of the necessary 2600.  If FIDE wants to be a hard ass, then the title-commission can deny the result for grandmaster norm considerations.

(PostScript:  I have since been informed that for norm considerations it is possible to consider the first round opponent as a 2200 rated player, thus bringing up the performance average to slightly above 2600.)

Eric’s performance was a bit off, but his final score was equal to Aman’s.  Had Eric not lost a completely won game against Capo Vidal (see yesterday’s blog) then he could have finished in second place.
The following is a typical example of Eric’s play.  Strong opening preparation combined with a good eye for tactical opportunities to turn the game into his favour. His opponent never had a chance…
fm  Dominguez Aguilar

gm Hansen, Eric
WHITE TO PLAY AND WIN BY FORCE!

A COFFEE CUP THAT YOU CAN EAT!

”This is such a cool idea. This cookie cup was the creation of a Venezuelan designer named Enrique Luis Sardi which was made for Lavazza, the famous Italian coffee company. It’s so ingenius – he made it using a cookie for the outside and a special patented sugar icing on the inside. Dual purpose – it creates an insulator for the cookie and add sweetness to the coffee!”
LINK
Share