Monday potpourri and other nonsense!

Monday!  The start of another week as we inch forward to 2013…assuming , ofcourse, that you are not one of those dooms-day fanatics who thinks that humanity will not live to see it.  I am not: disasters are all part of LIFE and the only thing that really matters is knowing when to duck! BRING IT ON!

The London Chess Classic ends today!  I have been following it closely, and I am certain that most of you have been doing the same…the tournament offers the best online coverage that I have seen this year!  Especially nice is to be able to see the players’ comments afterwards…

Carlsen is now the highest rated player in history–or atleast since FIDE first started to fool around with HOW ratings are calculated (I still feel that Fischer is the real record holder). Congrats to Magnus, in any case!

The kid makes the first move for world champion Anand…apparently he might have made Anand’s last moves also!

This is the position right after making time control (move 40).  The time control in London is really generous: 2 hours for 40 moves, followed by 1 hour for the next 20 moves and then 30 minutes to finish (plus 30 spm)
Objectively, Anand is somewhat better here , but the game should end in a draw.  After 41.Rxe5 Qd2! and we will likely see a 4 vs 3 Rook and Pawn ending, all on the same side (drawn!).
Curiously, Adams is not even threatening anything here!  Which makes Anand’s next move a real whopper:

Vladimir Kramnik’s play seems –to me, atleast–to be worthy of winning this tournament.  Ofcourse, with Carlsen scoring so many wins, this might not happen.  BUT Kramnik’s play seems to be at the top of his game and his wins are really high-level, right from the beginning to the end.  Witness his game yesterday with the luckless Gawain Jones:

gm KRAMNIK
It is likely that Jones was not familiar with the finesses of this line of the Reti opening, as Kramnik came out of the opening with a favourable position, Black’s hanging pawns not sufficiently supported by his pieces, atleast not yet.  Many now would consider 16.Ne1 (or 16.Nh4), increasing the pressure.
BUT Kramnik’s play is simplicity in itself, and reminds one of the great Capablanca in his hey day:
16.Qb5!   forcing an ending  16…Qb6 17.Qxb6 axb6 18.Rxd5! Nd4 19.Nxd4 Bxd5 20.Bxd5 cxd4 21.Bxd4

With 2 pawns and the Bishop pair, Black could only look on helplessly while Kramnik slowly reeled in the point.

What can one say of Carlsen’s play that has not already been said?  Most consider him a genius, in the same category of a Fischer or a Morphy.  He seems to win effortlessly!  While I consider Magnus not yet as strong as Fischer when he won the world title back in 1972, the Norwegian is still just a youngster and has years ahead of him!
I especially like how he dismantled Judit Polgar:
gm  POLGAR 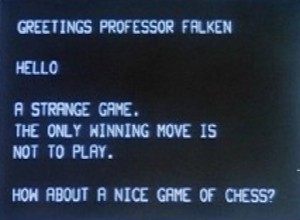 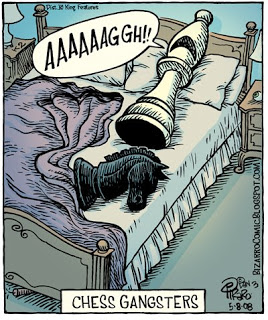 ”Your move!  Concentrate…on the board, not on my naked BUTT!”

MEANWHILE, AT THE MEMBERS ONLY FEMALE CHESS CLUB:

Everyone is merrily following the London Classic! 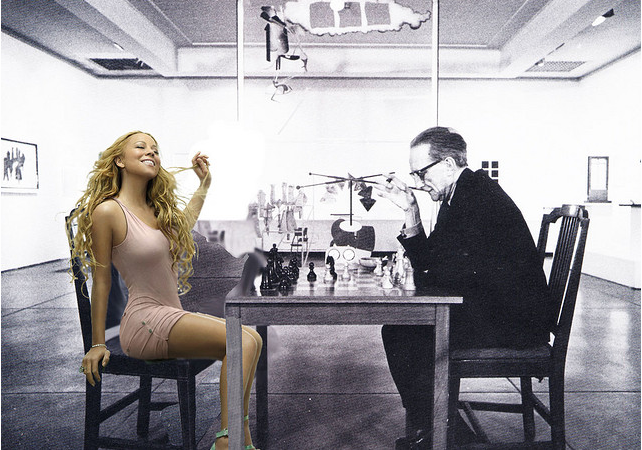 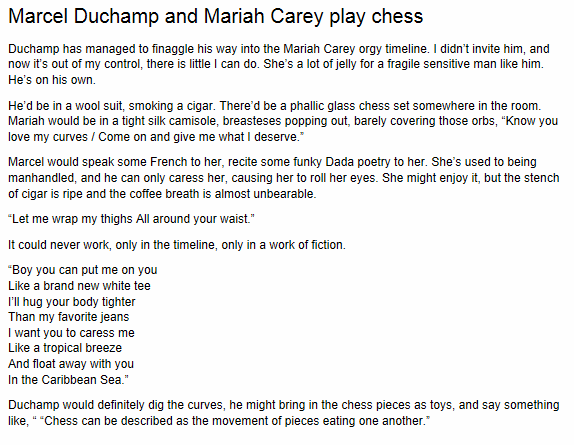 CHESS  ON  THE  BEACH 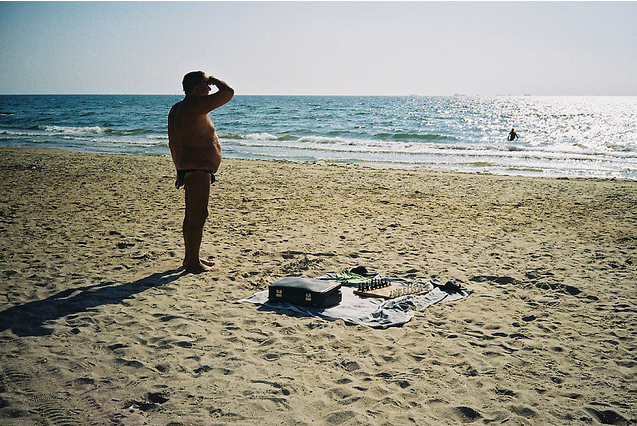 …waiting for the mermaid!
LINK