Finally the chess world can get on with its LIFE !  No more excuses.  Anand and Gelfand have both safely returned home to hero welcomes and NOW all eyes are on Magnus Carlsen to return the excitement, the enthusiasm and the dignity of the game to its rightful stature as KING of games…. 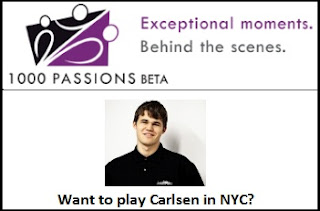 You can still get your chance to meet, converse and play with the BEST player in the world for less than $300!

After the public relations disaster in Moscow last month CHESS urgently needs a HERO!  Someone who not only dispels the current NERDY, limp-dick image of the game, but who infuses into his own games the hopes and aspirations of all true fans of chess!  Someone who is not afraid to lose and who does not need to blame others for his shortcomings…
[youtube http://www.youtube.com/watch?v=yuuusuKxaB4] 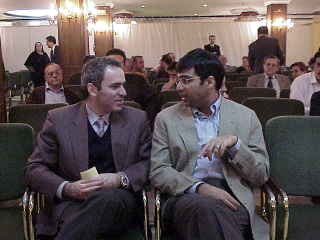 During the match Garry Kasparov was asked of his views on the efforts of both Anand and Gelfand…he was brutally honest.  ”They are stinking out the place!”  insisted the former champ (in maybe not exactly those words but certainly with the identical message)…

Kasparov took notice that an Indian journalist present when he gave his remarks did not appreciate his directness.  No doubt Indians love their Vishy, possibly to the extent that they have lost all objectivity and  sporting self-respect, atleast as far as chess is concerned.  But Kasparov’s remarks were not lost on the players: immediately following the dressing-down Anand and Gelfand exchanged a pair of wins and tried to salvage their images…
When the match was over Vishy tried to paint Kasparov as a bitter old man , but stopped short of saying that he was jealous of the Indian superstar:

”He is a man who regrets leaving chess. He misses the attention he got in chess, somehow wants to be there. May be he should play again…Kasparov retired in 2005, he has been trying to make me retire since 2011. You just have to develop a thick skin as a public figure.”   (LINK)

It never ceases to surprise me how much, how often and how creatively the image of chess appears in the media, in advertisement and in films.  It is remarkable how little the world of chess has been able to convert this attention into money, least of all into sponsorship.

Perhaps it is that organized chess has no patent on the game, which has been around since who knows when in one form or the other.  FIDE is just one aspect of chess.  The truth is that people play chess for the fun of it and there is no need for clocks and arbiters and fancy zero-tolerance rules in this process.  Organized chess takes itself too seriously!  Under Anand, it has become a limp-dick…

Below are some virile items that I pulled from the internet (GOOGLE) just doing a random search for chess…while drinking my morning coffee:

Letting it all hang out!