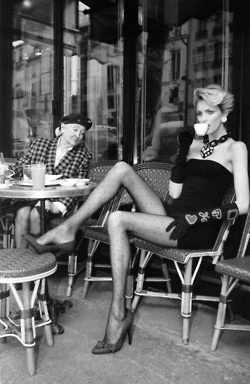 I was in Barcelona this past weekend –and I still am until this evening when I will return to my home in Portugal–for my chess team  ESCOLA D’ESCACS DE BARCELONA  .  Besides the 10th –and penultimate–round of the Catalan team championship, yesterday I played in the Copa Catalana.

My team won the prestigious Copa yesterday by the narrowest margin (half a point!) but finished ahead of many strong teams, and we even beat the pre-tournament favourite (Sabadell) by a 4-0 score!  Congrats to my team members (Cruz, Gual and Xavi) and especially to Abel (president of the EEBCN) for making everything possible (and not having a heart-attack in the process)! 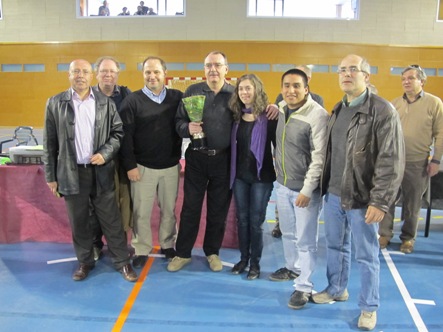 Saturday the team also won against Sant Andreu INFORMATION HERE  in the Catalan team championship (6.5-3.5).  One more round to go and the season will come to an end.  Sabadell has already won the event (we won it last year) but I am not certain where EEBCN will finish.  I expect 2nd or 3rd place, but things will not be clear until a technical question is solved: against Figueres we won by a convincing margin, but the Catalan Federation decided to give the victory to Figueres (10-0!) after it was found out that we had played with one foreign player too many.
Apparently the rules state that each team is allowed up to 5 foreign players, but one of our players (originally from Venezuela, studying for 4 years in Barcelona in a university exchange program)  originally thought to be counted as Spanish is now not considered so…
My team president has already appealed to the federation, but the decision has not been changed.  It seems that my club will now take the Catalan Chess Federation to court and this may take time before there is an outcome.  The player under consideration, being a student with Spanish residence status, could easily be considered Spanish for all effective purposes….I will let my readers know how this story ends.

It is truly eye-opening the brilliantly useless things you can come up with when you have (a) nothing better to do with your LIFE, (b) unlimited research funds to do said nothing   and (c) a university post that you can not be fired from for doing said nothing.
So we should not be very surprised that completing the 7-piece chess endgame table base has been done recently  by a team at the Moscow State University.  This table base is called the  Lomonosov  Tablebase, in honor of the supercomputer at that university:

Nor should we be surprised that Canada’s own Jonathan Schaeffer, a tenured professor at the University of Edmonton, has tried to build a high profile career with this same style of research  .  In particular, in 2007 Jonathan published that he had finally solved the game of checkers (!), having accurately verified–by inference of  all 500 billion billion legal checker positions–that checkers should end in a draw with perfect play.

But what of the relationship between the game of checkers and the game of chess?  Or put it another way, when will the game of chess finally be solved, assuming universities around the world continue to fund such things?
In the chessbase article linked to above, there is a wonderful comparison:  if the 18 years of Schaeffer’s work could be compressed into 1-nano second of useful work, then it would take 3,000 years of useful work to solve the game of chess!
So let’s not hold our breath!  Getting back to the Lomonosov Table Base–which can now be purchased–you can store them on your PC if you have a giant hard disk of 140,000 Gb!
I haven’t had the opportunity to check out these table bases, but I have some experience with its predecessor–Nalimov Table Base–which covers all 6-piece endgames.  You can find a number of free sites on the web where you can acess them.  I do this often, whenever a theoretical endgame strikes my fancy and I want to explore it.  The 7-piece bases increase the number of theoretical endgames that are of interest, and I fully intend to explore them in the near future.
HOWEVER, even a chess buff as myself must admit that all of this is quite a USELESS luxury of no real practical value, atleast not until we get to 10-or more piece table bases.  Until then, an ordinary 10-dollar endgame text will be of infinitely more use to the student. 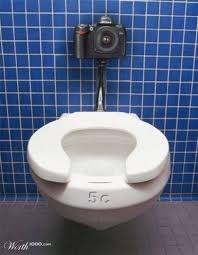 Some things never change! All of the tablebase research can still comfortably fit into a normal size toilet!  Best of all, there is only one BUTTON needed to flush.
Share