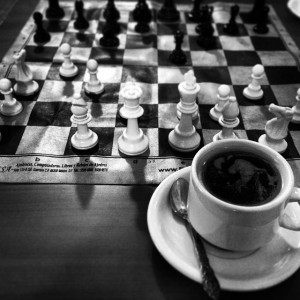 Good morning, Monday!  The new week begins on a positive note as I bring news of my victory (on tiebreak) in the Porto Open, which just finished yesterday….

More technical information on the final tournament results can be found HERE and HERE.

The tournament was held at the Hotel Beta Porto, and was the brain-child of Mario Marques, who deserves much respect and admiration for the professional manner in which he developed and brought the project to such a successful fruitation.

The tournament was organized as part of the 75th anniversary of the GXP (Grupo de Xadrez de Porto).  Players from 19 different countries participated.  Of a total of 158 players, 69 were foreigners!  The tournament was more than ably run by arbiters Carlos Dias and Jorge Guimaraes. (Forgive me if I left anyone out!) 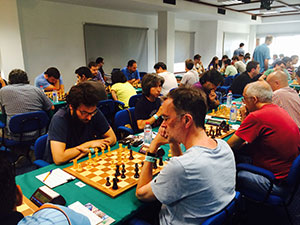 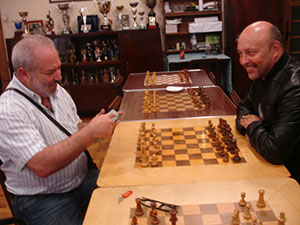 The tournament had a surprise visit: FIDE vp and ceo Geoffrey Borg!  Here we can see him play some blitz with Joaquim  Brandão de Pinho at the GPX.

Geoffrey giving me my 1st place prize!  Actually, Geof and I go back a long way, having played each other at the Commonwealth Championship in London in the spring of 1985!

Actually, I was not the only participant representing the Canadian flag: here we see Daniel Abrahams receiving his prize, flanked by Carlos Dias (l) and Jorge Guimaraes (r).  Directly behind Daniel is Geoffrey Borg and (unless I am mistaken) Dr. António Fonseca, Presidente da Junta de Freguesia de Santo Ildefonso. I played Abrahams in the first round, our game being the longest game of the tournament (not to mention the worse!), taking not less than 3 scoresheets to record…Daniel is currently doing a PHD in England.

Just a short reminder to my Toronto-area readers that the Toronto BUG-HOUSE championship is taking place this Wednesday, July 22, at Madison’s.  More information can be found HERE. 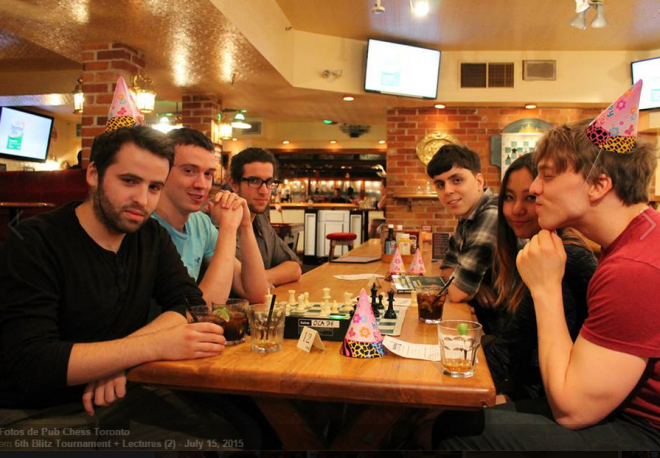 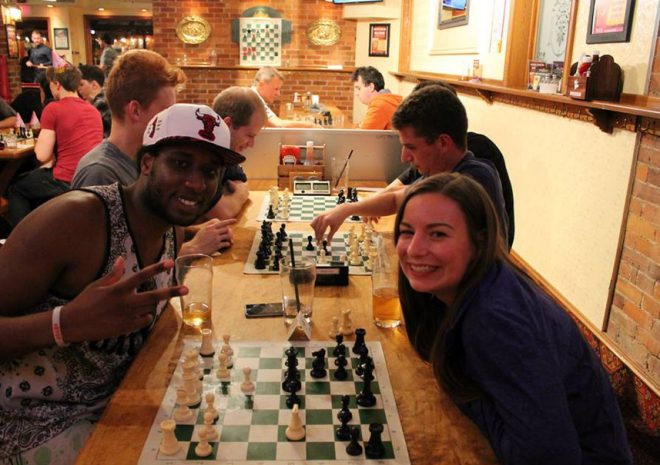 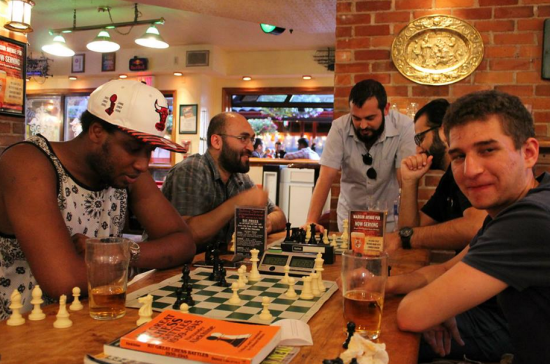