I don’t know about you , but Monday has never been my favourite day of the week. Nothing great was ever achieved on a Monday. All the great scientists never got out of bed on Mondays. The Newton apple took place on a Tuesday.

Mondays are definitely not cool and it is easy to become depressed for this reason… Therefore, I have decided to begin this Monday with a photo of Sara Palin.( Doesn’t she remind you of some suppressed fantasy you had of one of your elementary school teachers?)

I feel better already….inspired even. Thankyou, Sara! The rest of today will no doubt pick up…

I think that this banana bag is the best that mankind has come up with on a Monday.  As impressive as it may be, it is still not enough to make me re-think Monday, however.

”Just look at it!
Seriously though, the “Mengi ” inflatable banana carrier from UK company Fruity Faces is a great way to help your kids get their five-a-day. It will protect the delicate softness of every kid’s favourite fruit on the long and arduous journey to school and keep it safe until lunchtime.
And if bananas aren’t their thing, then there are various designs of inflatables perfectly suited to apples, oranges and all kinds of round fruit. The colorful design include monsters, footballs and animals and they all have a handy key-fob clip to hook them onto schoolbags.
The company was set up with funding secured on the BBC’s Dragon’s Den TV program, where entrepreneurs pitch their ideas to a bunch of moneyed suits and try to convince them to invest in return for a share in the company. Their success with the Dragons enabled them to expand into more markets including Europe and Australia, with hopes to get stateside soon. Fruit Faces work to promote healthy eating and also donates a percentage of its profits to children’s charities.”
_________________________________________________________ 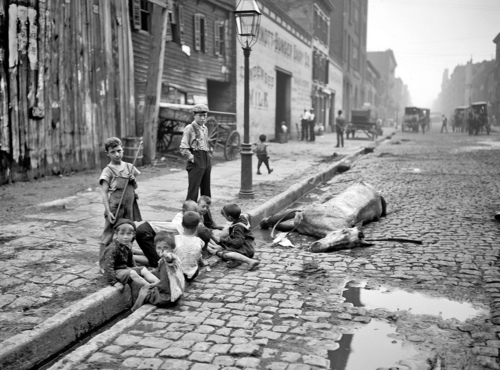 In the good old days when we still used horses, Monday was the day that you would leave your dead horse by the road for the garbage collectors to pick up.

Bobby Gentry used to be one of my favourites, until she decided to chuck the music industry and go back to being a normal person.  That elevated her status in my eyes and became an icon.
(WIKI)
««Roberta Lee Streeter (born July 27, 1944), professionally known as Bobbie Gentry, is a former American singer-songwriter notable as one of the first female country artists to write and produce her own material. Her songs typically drew on her Mississippi roots to compose vignettes of the Southern United States.
Gentry shot to international fame with her intriguing Southern Gothic narrative “Ode to Billie Joe” in 1967. The track was fourth in the Billboard year-end chart of 1967 and earned her Grammy awards for Best New Artist and Best Female Pop Vocal Performance in 1968. Gentry charted eleven singles on the Billboard Hot 100 and four singles on the United Kingdom Top 40. Her album Fancy brought her a Grammy nomination for Best Female Pop Vocal Performance. After her first albums, she turned towards variety shows. After a successful run on the Las Vegas Strip in the late 1970s, she lost interest in performing and has since lived privately in Los Angeles.
Gentry has been married three times. Her first marriage was to casino magnate Bill Harrah in 1969 and lasted only weeks. She married singer and comedian Jim Stafford on October 15, 1975; they divorced a few years later after the birth of their son Tyler. She has since remarried.” 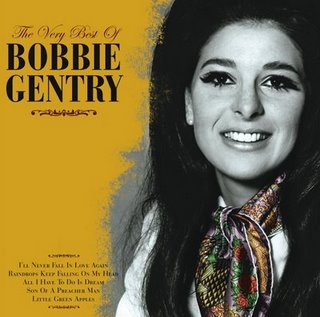 But Bobby was not always so downbeat… 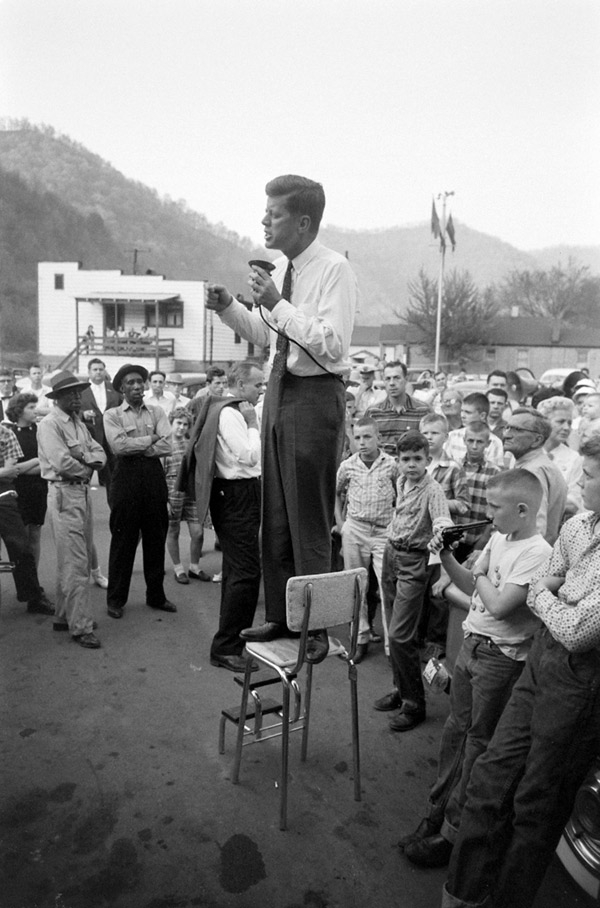 JFK out on the campaign trail.  I love it!  One of America’s richest men,  in search of his dream of becoming President of the USA, having to stand on a shoe-shine chair and speak to a crowd of people who probably have never voted in their life, while some punk-kid behind him sticks a toy pistol in his mouth!  The American dream!

“The most shocking fact about war is that its victims and its instruments are individual human beings, and that these individual beings are condemned by the monstrous conventions of politics to murder or be murdered in quarrels not their own.”

Effervescent Brain Salt
The best thing about effervescent brain salt–OTHER THAN IT IS NOT YET ON WADA’S LIST OF BANNED SUBSTANCES FOR US CHESS PLAYERS– is that it’s not immediately clear whether it’s salt to make effervescent brains even more delicious, or salt to give you an effervescent brain, or effervescent salt for brains.
Also, it appears to come in a Tabasco bottle, and EVERYTHING THAT COMES IN A TABASCO BOTTLE IS ALWAYS AWESOME

“I have never been especially impressed by the heroics of people convinced that they are about to change the world. I am more awed by those who struggle to make one small difference after another.” –Ellen Goodman

MOTHERS’ TIP OF THE DAY

“Girls aren’t beautiful, they’re pretty. Beautiful is too heavy a word to assign to a girl. Women are beautiful because their faces show that they know they have lost something and picked up something else.”      Henry Rollins 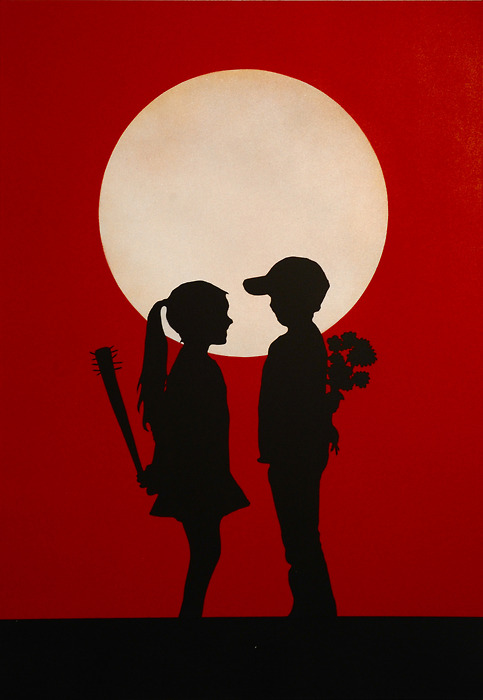 “Some women have a penis… some men don’t…. and the rest of the world is just going to have to get the fuck over it.”–Julia Serano 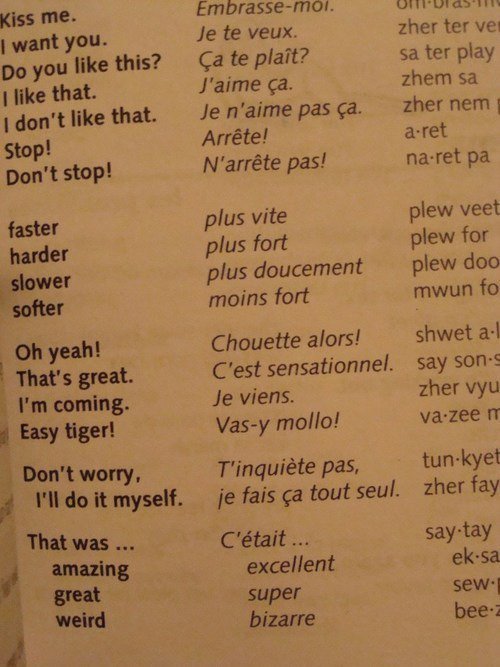 For the liberated tourist 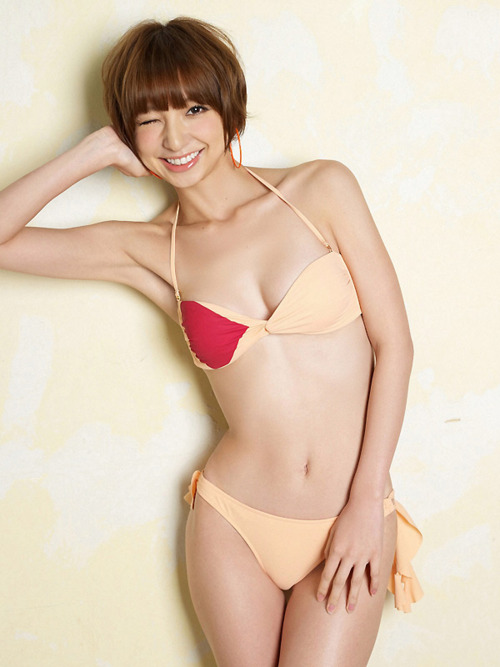 WINK OF THE DAY (Have a great Monday!)
ps.  that is wink, not wank
SPRAGGETT ON CHESS
Share