Official Link
The Grand Prix is quickly coming to an end (tomorrow) and it very much appears that Hou Yifan will rack up yet one more victory!  The teenager is something of a phenomenon….too bad that Judit Polgar avoids these all-female events because I would love to see a Hou vs Polgar encounter! 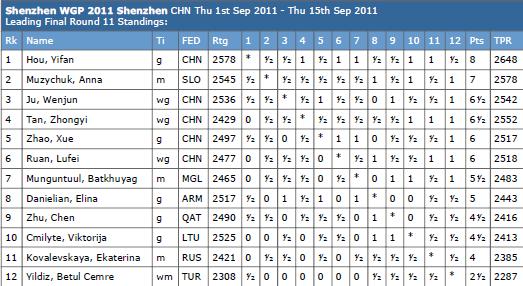 Teenager Hou Yifan is responsible for a big boom in chess in China.
POSITION AFTER WHITE’S 9th MOVE (9.g4)

I am surprised that this line is becoming popular today, especially since White seems to have ‘forgotten’ that the problem lies in this variation:

I just don’t see what White can do here!  Black seems to be in great shape…
HOWEVER, Cmilyte played 9…Be6 and got slowly outplayed by the woman World Champion.

The photo coverage of the Grand Prix has been spectacular!  And no wonder: Hou Yifan is putting chess on the map in China.  She is a young and attractive woman growing up in a country that wants to represent the dynamism and talent of the 21st century. 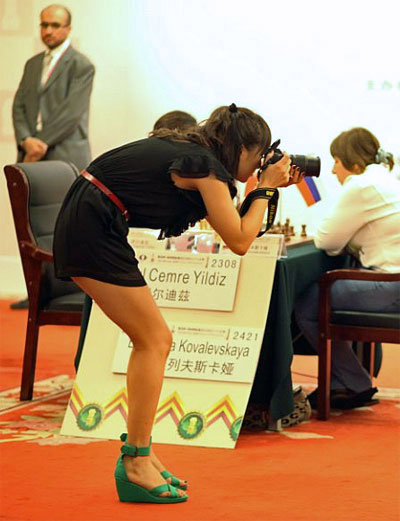 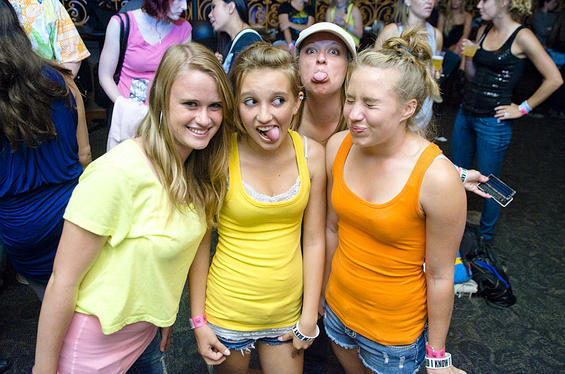 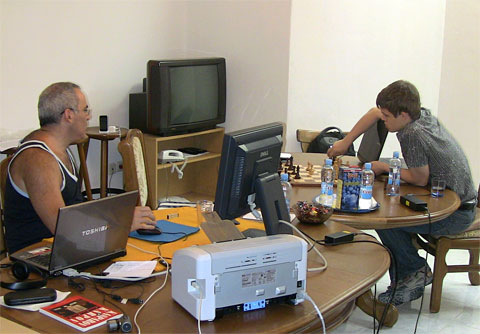 It has been interesting to observe from a safe distance the workings of the team behind young Norwegian superstar Magnus Carlsen.  Ofcourse, the father is the boss, but he has been able to line up sponsors and make his son a househould name–something quite unheard of these days.  Carlsen made the cover of a number of non-chess international magazines.
The father managed to find about a cool half-million dollars to get Kasparov to do some high-profile coaching of young Carlsen.  This seemed to go smoothly, but then it suddenly ended.  Neither Kasparov nor Carlsen wanted to speak much about ‘why’ things ended, but recently a book and a magazine have shed some light on the matter Link   It appears that Kasparov and Carlsen got a ‘divorce’.  And a messy one at that!
I have to say that I am not surprised.  First, there is the clash of egos: it seemed that when ever Carlsen won a game Kasparov got all the credit for it!  Who really wants that?  And then, there was the problem of who gets the blame for when he did not win…
In anycase, it is worth investigating the link given above if you want more dirt.
Share