Meanwhile, back in Canada… 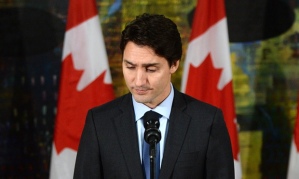 The newly elected Prime Minister of Canada, Justin Trudeau, is quickly becoming a target of criticism from a wide coalition of rights groups for apparently contradictory policies  involving the role of women in Canada, Syrian refugees and non-action in the face of the growing threat from radical islam.

Despite making half of his cabinet female immediately following his election victory late last year, rumours abound that Trudeau will soon allow the use of the hijab–seen by most Canadians as a symbol of oppression of women–by Canada’s national police force, the RCMP. 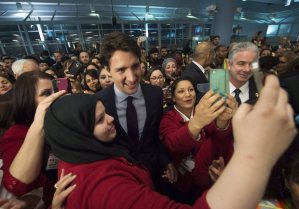 More than a number of western countries are beginning to wonder if the new Prime Minister’s lack of experience is unwittingly setting Canada on the road to become a major hub for terrorism in North America.

France has already banned the use of garments in public places that cover the face. The US is considering a total ban on refugees from Syria.  Simultaneously, the new Canadian government has withdrawn all military cooperation with the major western powers in the middle-east. What message does that send to ISIL?  That Canada is strong, or that Canada is weak? Better still, how long before Trudeau’s vision of the world reveals itself to be little more than  pure political opportunism?

‘Ezra Isaac Levant (born 1972) is a Canadian media personality, conservative political activist, lawyer, writer and broadcaster. He is the founder and former publisher of the Western Standard, a former columnist for Sun Media and former host of a daily program on the Sun News Network from the channel’s inception in 2011 until its demise in 2015. In February 2015, he founded The Rebel Media website and YouTube channel and is its main contributor.

He has become involved in several legal and other controversies on free speech issues. Other issues that he has dealt with include multiculturalism, immigration, and economic deregulation.’ (wiki)

Grigoryan wins in Round 6