Grandmaster Lubomir Kavalek (born Czechoslovakia, August 9, 1943) today celebrates a milestone in his life.  Though long since retired from active competition, Lubomir remains very active in chess as a writer and correspondent.  His columns in Huffington Post and the old Washington Post have made him one of the most widely reader writers on the game today.

Kavalek, 1962.  In his youth Lubomir showed  promise  and won his fair share of tournaments.  He quickly became one of the top GMs in Europe, and when a mature grandmaster found himself counted amongst the top-tem in the world.   Kavalek’s style of play  was aggressive and dynamic, but possessing excellent understanding of position and having a very  fine endgame technique.  He played Sicilians and KingsIndians with Black, never afraid of mixing it up.

Manila, 1973.  Fischer, Kavalek, Campomanes. Kavalek was one of few that Fischer could have confidence and trust in.

Below are just a few Kavalek-tactics for my readers to enjoy. Solutions later today.

WHITE TO PLAY AND MATE IN 7! 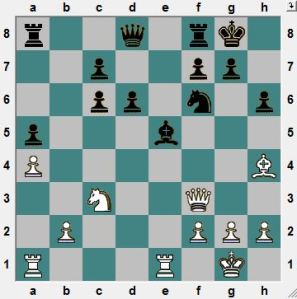 HOW SHOULD WHITE CONTINUE? 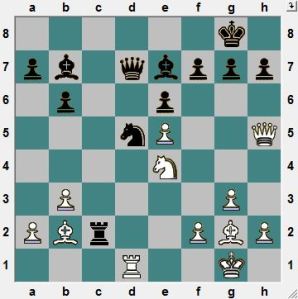