Three players tied for first in the very strong Aeroflot tournament, Le Quang Liem, Nikita Vitiugov and Evgeny Tomashevsky, all with 6.5 points out of a possible 9.  Seven players were half a point behind.
Le Quang Liem won on tiebread, making this the second year in a row that he has won the prestigious Moscow event.  Born in 1991 in Viet Nam, Le won the under-14 world championship in 2005.  Since that time he has made steady progress and should now be considered one of the elite players in the world and yet another example of the growing power of Asian chess.

As we can see from Le’s rating chart ,taken from the FIDE website, his progress has been impressive.  He should probably find himself rated 2700 sometime this year.
Le’s style of play is modern, putting heavy emphasis on opening preparation , playing critical lines resulting in sharp and double-edged positions.  His tactical skills are of the highest order.  In Moscow he was a bit unlucky to have lost to Cheparinov–curiously he made a serious tactical oversight in a much better position.  No doubt much more will be heard from this young man.
POSITION AFTER BLACK’S 15th MOVE:

LE QUANG LIEM
Kamsky did not play the opening with his usual accuracy and Le is now about to punish the American for this!  The Black King wants  to castle, but Le tears open the position with a temporary sacrifice, resulting in material gains in a few moves time.
16.Bxc6-ch! 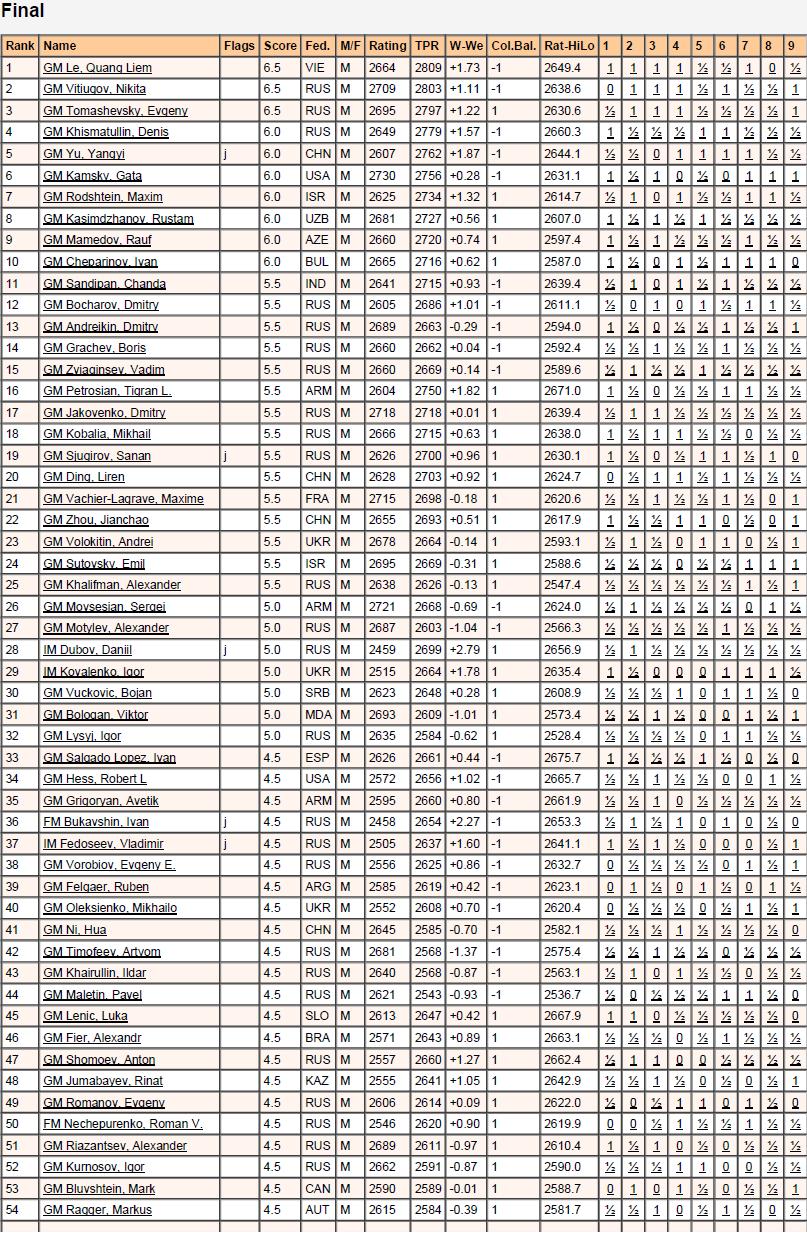 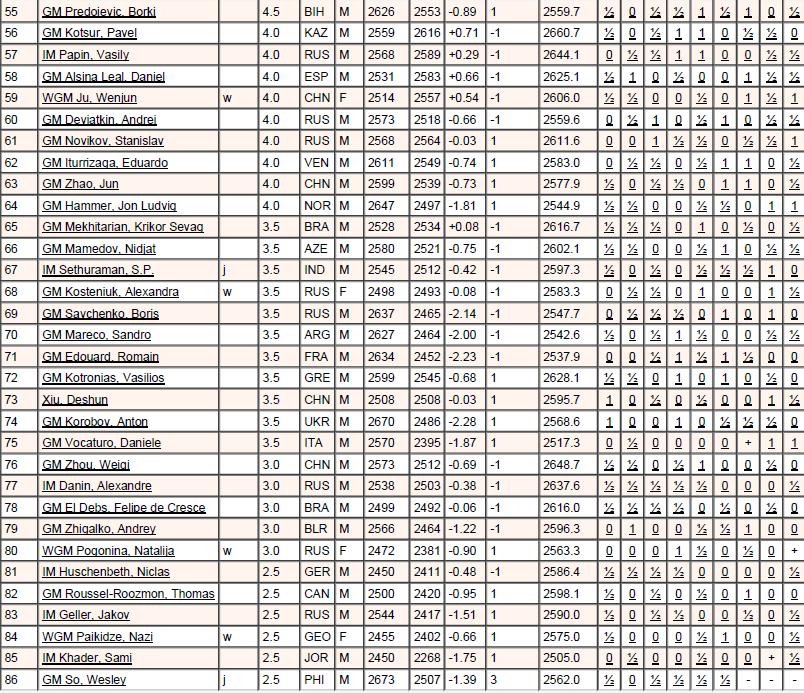 Canadian GMs Mark Bluvshtein and Thomas Roussel-Roozmon found the going a bit tougher than expected, scoring 4.5 points and 2.5 points respectively.  Especially Thomas, who is usually a very difficult player to beat (he lost 5 and won 1) and lost 10 rating points.  Mark’s result was his theoretically expected score, not losing any rating points.
The traditional Aeroflot tournament is perhaps the strongest open tournament of its type in the world and it is no shame to finish near the bottom. I remember when I played there in 2004 Romanishin was often playing on bottom board!.  The tournament is an excellent training for Mark and Thomas and no doubt will be beneficial for their upcoming tournaments.
I will allow myself this one criticism: both players need to work on their openings more.  Especially, Mark seems to be needing a good reply to 1.e4 (his favourite Petroff has recently been doing poorly, his Sicilian and Modern both suck).  Mark is, in my opinion, not less talented than any of the other GMs in the Moscow tournament, and it would be a pity if he does not work harder on the opening stage of the game.  With the heavy emphasis on data-base preparation at the top today, it makes little competitive sense to allow your opening to become the weakest part of your game.
A CUTE TACTIC

This is the position after Black’s 31st move.  Sutovsky has sacrificed the exchange for the attack , but it seems as though Black has successfully defended.  If White now plays 32.Nxf6ch RxN 33.QxR(?) Black draws with 33…Qe4ch