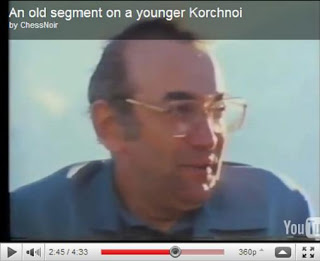 In 1982 the late Quebec film director Gilles Carle finished a National Film Board film called ‘Jouer sa vie’ –english translation is ”The great chess movie”.  Montreal IM Camille Coudari worked with Carle on the film, doing most of the research and actually appearing several times in the film. (I think that I even appeared for about 5 seconds at one point!) 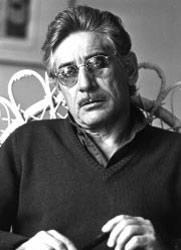 The film was produced during the height of the cold war, and so it should not be surprising that there was a lot of political bias and propaganda thrown in.  Today we would just laugh at such manipulation, but in those days the cold war set its own rules and art had to follow suite or not be financed. 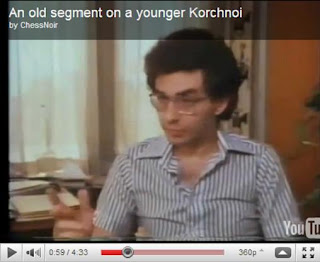 ”In this Gilles Carle feature documentary on the game of chess, the international chess match is cast as a classic Western shoot-out. Three chess greats dominate the film: Russia’s Anatoly Karpov; Viktor Korchnoi, a Russian defector; and American Bobby Fischer. Chess aficionados Camille Coudari and Fernando Arrabal analyze the personalities and strategies of the players and comment on the interplay of politics and chess.”
(internet source)


I found the following youtube video (via chess for all ages–http://chessforallages.blogspot.com/ ) and it includes some great footage from the Lone Pine tournament of 1981, where the Soviet Union finally let Soviet GMs participate in a tournament with Korchnoi.  (After his defection in 1976 Korchnoi was ostracized by the Soviet chess federation and no GM was allowed to play in any event with Korchnoi.  As a result, Korchnoi lost many invitations and had to play in second rate tournaments.)  Korchnoi won the tournament in great fashion.
It is worth taking a look at this video just to be able to see some of the GMs –like Yasser Seirawan–when they were young and dashing.  The late Igor Ivanov appears several times.  The video appears to have been taken directly from the film ‘Jouer sa vie”.
[youtube http://www.youtube.com/watch?v=yy4kyjsgTbA]