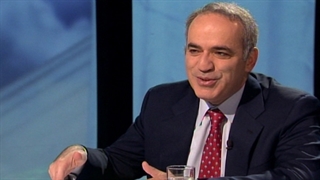 LINK
”Kasparov also touched on the game’s reputation for eccentric characters, an image which he said was shaped by pop culture. Many notable people in physics and math have been mentally unstable – “but that doesn’t mean you have to stop studying math in school,” he said. “It caused me a lot of problems in defending the image of the game […] It is painless for intellectual health. On the contrary, it brings great intellectual happiness to those who can master the the game.”