The 2011 edition of the US Chess Championship came to an end yesterday.  For the 2nd consecutive year, GM Gata Kamsky emerged victorious.  Congrats!  Kamsky now joins a very small and elite group of American chess stars who have won the US Championship 3 times or more! 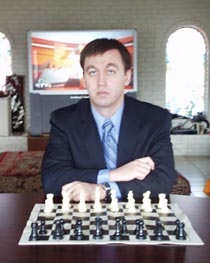 Gata Kamsky was born in the Soviet Union in 1974 and learned the game early on.  He was recognized as a prodigy and won against a GM in a tournament at age 12!  By the time Gata defected to the US (1989) at age 15, he had alread done something that no one had ever done before: he won the USSR-under 20 championship twice!
His career since defecting was marked with controversy because of the often bizarre behaviour of Gata’s father.  Never the less, by 1996 he had qualified for the World Championship Finals, where he narrowly lost to Karpov.  Gata then disappeared from the chess world for a number of years to dedicate himself to becoming a lawyer.
Now free from his father, Gata has become a well adjusted adult and is himself now a father and has returned to playing chess.  And with great success!  He remains one of the best players in the world at the moment, and will participate in the upcoming Candidates Matches (against Topalov) next month.

For his efforts, Kamsky earns 40k for first prize, plus some bonus money (I am not clear on how this works, but the official US Championship site will explain this if you are interested).  Yuri Shulman came in 2nd place, earning a cool 30k.  19-year old star Sam Shankland came in 3rd (20k) followed by Robert Hess (15k).

A total of $166,000 in prize money was offered at this year’s Championsip 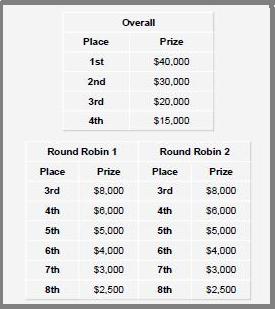 This year’s championship consisted of 2-qualiftying round robbins followed by a series of knock-out matches.  Kamsky and Shulman made it to the finals, which consisted to 2 games played at regulation time.  Kamsky played without any pressure on him, and true to his own Lasker-like style, did not rely on any special opening preparation.
In the first game Kamsky exchanged Queens early on and was willing to play an equal ending.  This is one of Kamsky’s strong points:  his superior ability to play 100 moves without any major mistakes.  Few GMs today are capable of doing this–Fischer was able to do this in hs time and often won equallish endings–and Shulman proved to be no match.  Kamsky just had to wait for the mistakes and grab them.
GM   SHULMAN

GM  KAMSKY
Most GMs would agree to a draw in the above position, but Kamsky has no fear of blundering.


In the 2nd game of the finals, Shulman did not even try to win and must have already come to the game with the idea of simply not losing.  In the opening Kamsky was even a bit better!  However, from the practical point of view, his edge was purely theoretical and there was no need in beating a dead horse twice: Kamsky was already guaranteed of the title by drawing.
GM  KAMSKY

So Kamsky gets bragging rights for the next year (atleast!) for being the strongest chess player in North America!  Below is a short interview with him, done by the media-team behind this year’s US Championship.  Kamsky comes across as a level-headed adult with few ego related problems.  No doubt his many years of living in the US has helped him get rid of the slightly-paranoid attitude that he and his father brought with them when they first defected.
Also pay attention to how Gata speaks: his mild demeanor and softly spoken voice hides a very eloquent person.  No doubt  US chess should be very proud to have such a spokesperson!