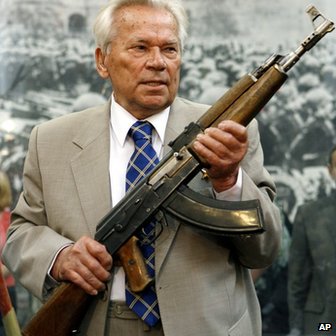 Mikhail Timofeyevich Kalashnikov  ( 10 November 1919 – 23 December 2013 ) died today after a long illness, leaving a legacy that has endured more than 6-decades and has spread to every corner of the world. It is expected that little will change in coming decades.   Coming from a poor Russian family, Kalashnikov was something of an engineering-wizard when he was   assigned to a tank division as a mechanic shortly before the second world war.  Kalashnikov  turned towards designing assault rifles towards the end of the war.  His most successful invention , the AK-47 (standing for Avtomat Kalashnikova model 1947) came into prominence only in 1947 and within a few short years became standard issue for the Russian armed services.

Because of  its design simplicity, inexpensiveness (today’s manufacturers charge about 200 euros for a new model) durability and reliability, the AK-47  has been the top choice for assault rifles thru out the world, easily beating out the American M16. LINK  It is conservatively estimated that atleast 100,000,000 of Kalashnikov’s rifles hasvebeen produced since  day one.  No one knows for certain, as it was only in 1997 that Kalashnikov aquired a patent!   As a result, Kalashnikov never made a cent from his rifle.  Most of the AK-47s in use today are non-Russian produced. 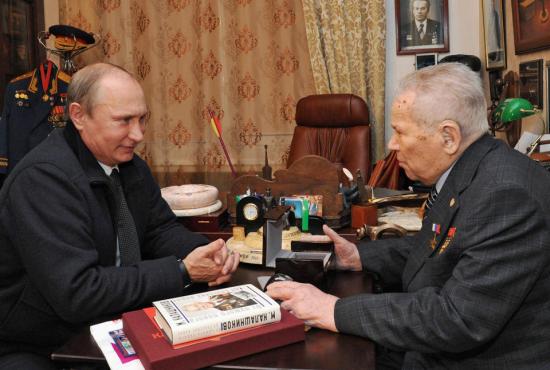 Putin with Kalashnikov in September of this year.  Successive  Russian (Soviet) governments have awarded Kalashnikov with virtually every honor in its arsenal. 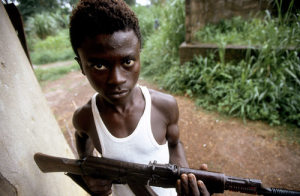 Shortly before his death he is quoted to have said that while he had no regrets about designing the gun nor about the numbers of people who have been killed from its use in armed conflicts, he was saddened that the AK-47 was used by so many criminal organizations and by child-warriers in some third world countries. 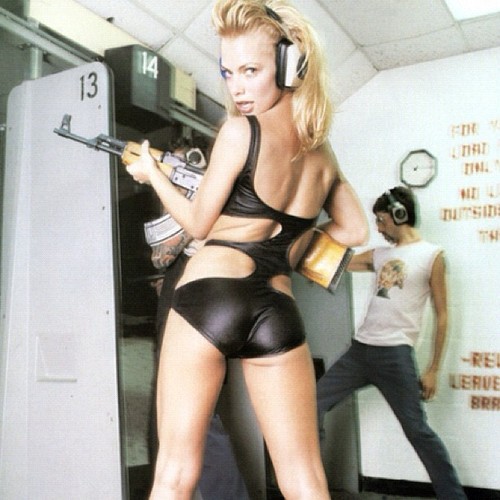