Not just a french film about chess with one of my favourite actors–Kevin Kline— but a sophisticated comedy that is both sensitive and gentile and does credit to the game.  Joueuse is a film about self-emanicipation, about a woman’s road to self-discovery made possible by discovering a passion for chess. 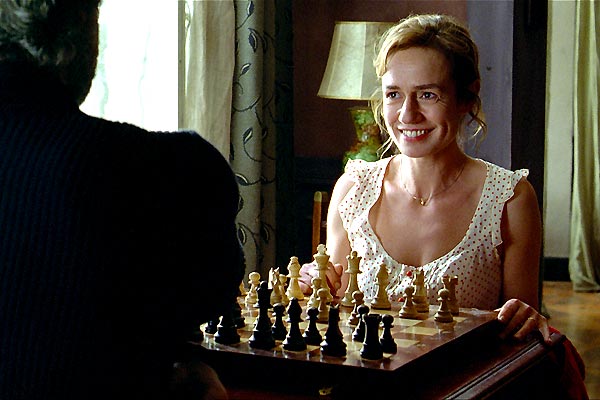 Sandrine Bonnaire is one of the best known actresses in France
New York Times film critic Nathan Southern wrote:
”A middle-aged maid with few prospects before her finds a new lease on life via the game of chess, in this unusual tale that marked the first directorial go-round of acclaimed scriptwriter Caroline Bottaro (Les Aveux de l’innocent). French screen siren Sandrine Bonnaire (Á nos amours) stars as Hélène, a Frenchwoman employed as a housekeeper in a posh Corsican hotel. Though devoted and diligent as a wife and mother, she lacks any real passion in her life. That changes in a single, defining instant when Helene espies a mysterious couple (the female played by Jennifer Beals) exchanging erotic glances and seductive gestures over a chessboard, on a nearby balcony. Feeling sexual arousal, Hélène misguidedly tries to parlay this into her own personal life by giving her boatworker husband an electronic chessboard, but the connection between this and a need for greater intimacy eludes him. Hélène’s curiosity about chess nonetheless endures, and when she fails to teach herself to play sans assistance, she turns to an eccentric, reclusive American whose house she cleans, Dr. Kroger (Kevin Kline) and asks him to mentor her in the game. In time her expertise outstrips Kroger’s and she begins to live and breathe chess, but this very passion also threatens to alienate the woman’s family, who perceive a form of infidelity in this new obsession. ” 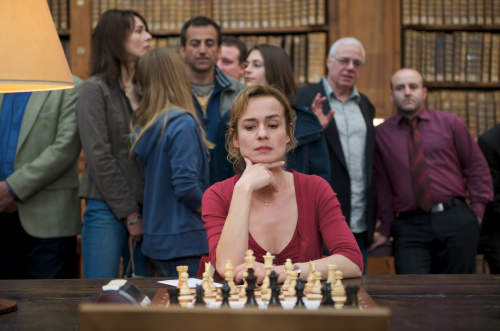 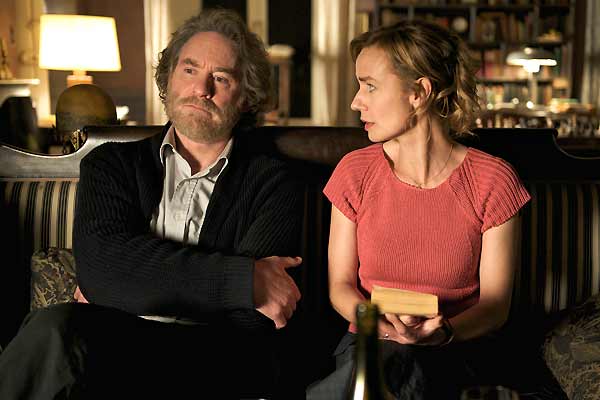 One of Kevin Kline’s most convincing performances.  “I was interested in the ambiguity, the subtlety the uniqueness of the love story played out across the chess board, among other things. It had passion, but it was a sort of quiet passion,” he said.
“Like many European films it just resembled life a little more closely than a lot of Hollywood films that are purely escapist…The (European) process was unique and interesting and very pleasant. Just the way they make movies in France is different — the ambiance on the set, the approach,” he said.
“It’s work but it’s more calm and respectful. I think the French approach film as an art form more than a business. It was fun and I think the result to my eye was something different.”

Sandrine Bonnaire comes from a large family: she is the 7th of 10 children!  With more than 40 films to her credit, many consider her the best actress of her generation.
“Joueuse” : la belle complicité de Bonnaire et Kline Vidéo jt_tf1_20h sélectionnée dans Actualité 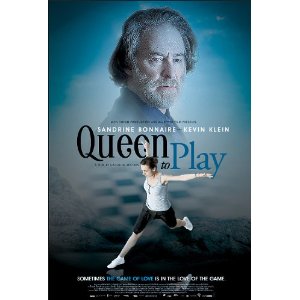 Bertina Henrichs was born in Frankfurt in 1966 and presently resides in France.  She has 3 books to her credit, with La joueuse d’echecs (2005) being her first. The others are ” That’s all right mama” ,2008  and  Le Narcisse, 2010
SPRAGGETT ON CHESS
Share