It all started 40 years ago today! 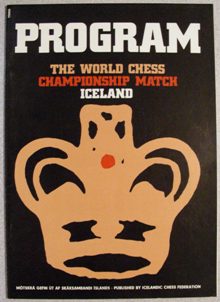 Time flies when you are having fun!  Hard to believe that it is already 40 years ago today that Game 1 of the Match of the Century was held.  The much anticipated match (by the chess world, that is) got off to a disasterous start for the American superstar, whose controversial 29th move got the rest of the world started talking chess….soon Fischer had become the biggest news draw in history!  The match re-invented the chess world and got hundreds of millions of people playing the game….

SPASSKY
Fischer played the baffling 29…Bxh2, a move that still today fans argue about whether it was a blunder or not.  We will never know for sure…