Is the CFC at it again? 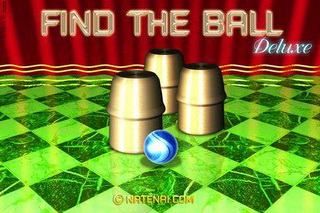 Is the CFC playing games at the membership’s cost, again?

Today it was revealed on the CFC message board that a membership-fee change is proposed and that the new fee will be  an across the board  $34, as opposed to the existing structured fee (maximum $36 for adults, but with reduced fees for juniors, families, etc).

Why the change in fee?  Especially since the author of the motion argues that it will be revenue-neutral, and he even produces some calculations to prove his point?

The answer is supposed to be this:  ”The motion seeks to simplify the administration of CFC memberships, by eliminating multiple categories, and instituting only 3 memberships – an annual membership, as desired by this motion, the existing “ Life Membership “ and the Honourary Membership. This is clearly beneficial from an administrative point of view, and is less time-consuming for staff, and thus saves CFC some member administration costs.”
Ofcourse, this is a load of croc!  The  administrative costs in question  are minimal, especially since the only  work involved is  when ever someone becomes a  member or  renews at the end of his membership period.  And how much work is that?
The principal problem that I have with this motion is that it does not say what the membership gets in return for the membership fee.  It should stipulate that a magazine (or its equivalent) is offered to every member.  In the past this was made clear to anyone becoming a CFC member, but with the recent problems effecting a re-structuring of the CFC,  the magazine was at first  eliminated without any discussion or corresponding reduction in membership cost …until today , after  some  embarrassing false starts, it has been replaced with a pdf-newsletter that infact only part of the membership actually receives!
The membership fee change being proposed today is NOT revenue neutral if no magazine (or equivalent) is on the table.  The members have a RIGHT to have a magazine–as they have always had– or to see a reduction in their membership fees!
Just my opinion.
SPRAGGETT ON CHESS
Share