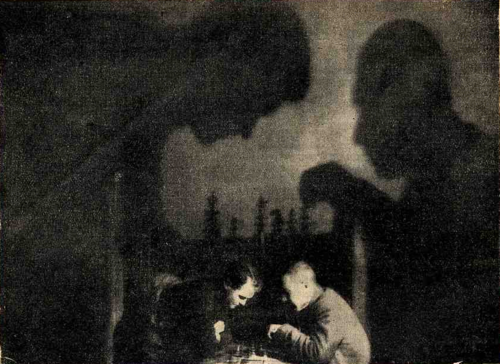 AMERICAN chess-blogger Michael Bacon sent me the following email that he had recently sent to fellow-blogger Mark Weeks concerning chess , teaching and children.  And why the contemporary approach to teaching chess to children has been  dogged by a HUGE drop-out rate.  Michael has given me permission to publish it.  Thankyou, Michael!

I have enjoyed your blog for many years. This post has caused me to spend much time thinking about the question posed. Chess has been, and is continuing to be taught simply because there are many who play the game and it has a reputation of being played by “smart” people. It is also more socially acceptable than games like poker and backgammon because they are percieved as games of chance.

Parents know the public school systems do not do a good job of teaching children to think. Like most things in this country, only the children of the wealthy, who can afford to pay for a private school, can obtain a decent education. The system teaches the children to memorize and regurgitate the information.

For example, the children are taught a verision of the War Between the States only from the side of the victors. They are taught names and dates, but nothing about the causes of the conflict, other thanslavery, when there were so many more causes such as the Morrill Tariff, something of which the vast majority of students have no knowledge. Simply put, students are not taught to question, which is the beginning of knowledge and wisdom.

Some years ago my friend NM Neal Harris asked me to teach chess to a class of middle school boys in preparation for the North Carolina state junior tournament. One of the first things I said to the class was that up until this point in their lives someone else, father, mother, or teacher, etc., had thought for them, but when they made a move on the chess board only they were responsible. If the move turned out to be bad, they could not blame it on anyone else. One of the chess moms later told me she thought that was exactly what her son needed to hear at that stage of his life.

At this point I would like to mention that I could not help but notice you left out the board game Wei Chi, or Go, as it more commonly known. Having played chess over forty years, and having devoted considerable time learning and playing Go in my latter years, I would make a case that if any game should be taught to children, that game should be Go. Read “The Electronic Holy War” in the New Yorker for a better understanding of why I feel this way.

On June 30, 2013 you posted a graph that was printed in the May 2013 issue of Chess Life magazine by Ruth Haring. You posted something written by Ruth that has stuck with me.         She wrote, “As we look forward to the future it is important that we address membership retention. Existing scholastic programs see constant turn  over and we see in our membership data, a membership decline beginning around the  age of 11.”

I had lunch with an old friend, a former chess player, NM Chris Chambers recently and mentioned I had previously written on my blog that USCF was being run like a PONZI scheme in that for the USCF to continue it had to continually find new children to replace the ones who were leaving, repeating what Ruth had written about the decline beginning at age eleven. “They do not even make it to puberty,” Chris replied. Indeed, that is the situation.

Later that day I was thinking about our conversation and thought of a book I read some years prior, “The Chess Instructor 2009,” edited by Jeroen Bosch and Steve Giddins. It is touted on the cover as, “The New in Chess Compendium for Chess Teaches, Coaches and Parents.” One of the essays, chapter 10, is “Chess Thinking Skills in Children,” by Richard James. He cites the work of Jean Piaget, writing, “Piaget’s pioneering work has been subject to much criticism and revision over the years, but it’s still a useful place to start in any investigation into the inter-relation between chess and children. Piaget’s theory is that children pass through four major periods of intellectual development. The sensori-motor period, from birth to two years of age, the preoperational, from two to seven years of age, the concrete-operational, from roughly  seven to twelve, and the formal-operational, from about twelve upwards.”

Most children leave chess before reaching the last stage. From personal experience, and from discussions with many who teach chess to children, it is obvious children are taught the game at too young an age, and therefore “burnout” before reaching the stage when they should first learn the game. One chess teacher who has made a career out of teaching the game to children told me sometime ago that, “The real battle is in middle school, because by the time they reach high school most of them have left chess.” Since the children are leaving before reaching middle-school, his statement may have to be revised downward to grammar school.

Mr. James goes on to write, “According to Smith, Cowie and Blades (Understanding Children’s Development) a concrete-operational thinker ‘is still tied to the immediate experience but within these limitations can perform logical mental operations’. Their description of a formal  operational thinker runs as follows: ‘Abstract reasoning begins. The child can now manipulate ideas in her mind as well as actual objects and people; she can speculate about the possible; she is able to reason deductively, and formulate and test hypotheses.’ That sounds to me like a pretty good description of what I do when I play chess.”