How to stash a million dollars in your fridge

Rob Cockerham says: “A gal named Brittany was so impressed with the “How much is Inside a Million Dollars?” article from 2005 that she withdrew 10,000 ones from her bank to better simulate the $1,000,000 experience. She sent a few pictures, and I asked her for a few more. They turned out pretty nicely.”
If you recall, the largest denomination of money in the US are the $100 bills. If you want to get one million dollars cash into a small package, your best bet is by stacking 10,000 of the $100 bills. Like most bills, $100s come from the bank wrapped in bundles of 100 bills ($10,000 bundles). Of course, $1 bills are the same size as $100s, so Brittany’s pictures will accurately indicate the mass of one million dollars. 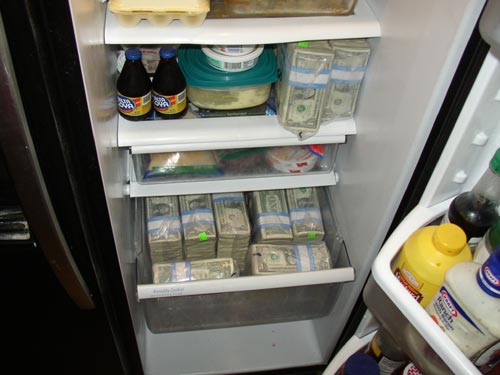 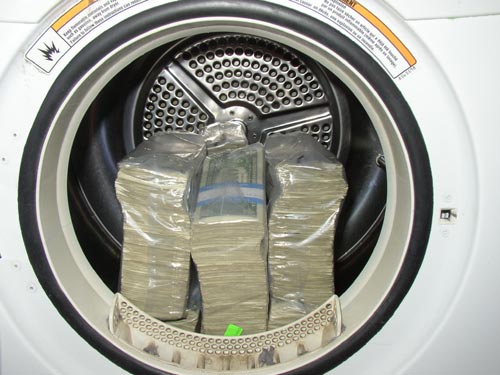 I million dollars in a washing machine. Great idea!  What thief would look there, eh? 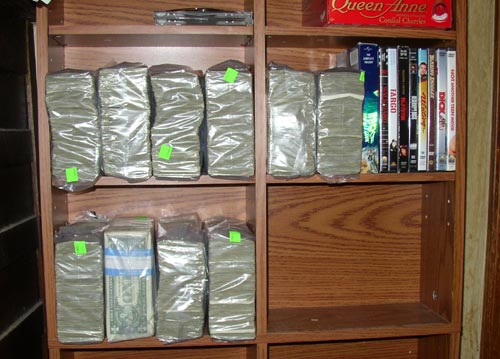 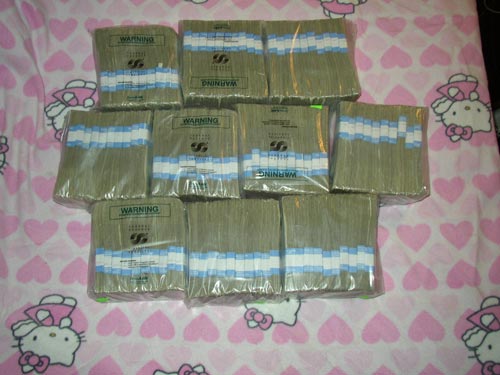 [youtube http://www.youtube.com/watch?v=caMRBGmja3w]
Rural Man Tries to Cash Blank Check for $1 Million at a Bank’s Drive-through Window
A rural Indiana man was arrested after he tried to cash a forged check for $1 million at a bank drive-through window. According to reports, 21-year-old Justin C. Johnson admitted to forging a blank check he received from a man who owed him money for some work he did. He allegedly wrote the jaw dropping number for a million even though he knew that it wasn’t the amount he was supposed to be paid.
Share