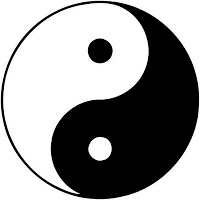 There was an small, but interesting interview with Engish superstar Nigel Short in DNA (below) where he talks about the Anand vs Topalov duel  and mentions that Anand should perhaps be more concerned about his health. 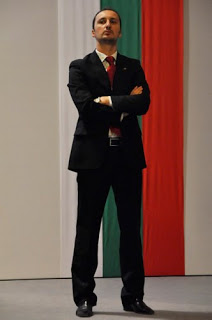 “Chess is not a 100 metre race and fitness is a minor issue. However, in a match of high intensity between players with equal talent and skills, fitness could turn out to be a factor. I thought the eighth game loss for Anand was because of fatigue…. he committed a horrible blunder (54…Bc6). That move was not for lack of understanding or knowledge. It looked to me as fatigue…”
“This saga of a 40-hour road journey to Sofia must have taken its toll on him. He was quite exhausted and disconcerted. But I thought he was too casual. He should have reached Sofia much before. That’s why I thought, the organisers should not have postponed the match dates.”
FOR THOSE INTERESTED, HERE IS THE LINK TO THIS INTERVIEW 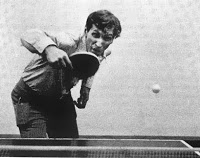 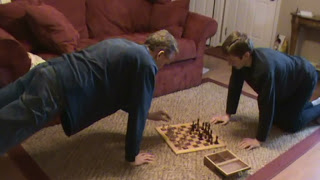 Chess students practicing Yoga at the institute
OR…

http://ezinearticles.com/?Yoga-Breathing-Improves-Your-Chess-Ability&id=3472338
Chess is a game that captures the imagination, as in Arturo Perez-Reverte’s popular novel The Flanders Panel. The game’s sedentary nature ironically adds to its excitement, creating a little world where nothing exists except you, your opponent and the chessboard.
Chess games, especially in the big tournaments, can require you to stay seated for hours at a time, thus causing poor circulation. This can lead to serious cardiovascular health problems over time, such as deep vessel thrombosis. On a more immediate timescale, it can lead to soreness and stiffness of the muscles, and to sluggishness of the brain.
Improving your breathing during chess games can also help you psychologically. Controlled, long, deep breathing can soothe your nerves. In other words, you can use better breathing to prevent a panic attack if your opponent surprises you with a brilliant, unexpected move. Needless to say, this has real practical benefits. Chess is a game of the mind. The player who has the calm, clear mind will win.
There are lots of ways to pick up these types of improved breathing practices. You might take yoga classes, for example. These are available at many fitness centers, usually in versions that excise the religious and philosophical aspects from the physical practices. Then again, you might be interested in learning the spiritual aspects of yoga breathing, as well. In that case, you might do research on the recent writings of Buddhist and Hindu spiritual leaders. You might consider this another benefit of doing yoga: it can be a gateway to other mindsets or conscious planes that will show you a whole new way of looking at chess. You might come up with brand-new moves that you never would have thought of from your usual perspective on the game.
However, you should not just limit better breathing to your championship games. Use it in your practice games, or even when you are not playing at all. Better breathing is great for your body, no matter what you are doing. Also, once better breathing practices become habitual, you will not have to concentrate on improving breathing while you are playing. You can get the advantages of yoga breathing without being distracted by getting the inhale-exhale techniques right. It would be silly to expect you to lose your concentration over a technique that is supposed to enhance your focus.
This is why practice outside of big games is necessary: by the time your critical moment comes around, your better breathing practices have become ingrained. Breathing aids (as in special equipment you purchase to build your lung capacity) might help to hasten this process.
Chess can be a highly addictive game. It consumes your thoughts and efforts, even if your next match is far away. However, while you are trying to remember old tips and tricks, and design new strategies, do remember to look after your body and mind by practicing optimal breathing. Yoga breathing, especially, is not only good for your game, but offers you indispensable health benefits. How’s that for a great victory?
Keith Tennent is a medical researcher and a fitness enthusiast. He has overcome personal health difficulties and now teaches others to improve their health. His technique is simple and takes literally a few seconds each day. Best of all, anybody can do it. Whether your interest is in improving your mental health in things like concentration and memory, or your physical health like overcoming arthritis or asthma. He has written many other articles which are available free at http://www.easybreathe.co.uk/
_____________________________________________________________________