Giving up the fight….

Alexander Morozevich pondering his 12th move, which was to come with an unexpected draw offer!
GM  Grischuk

With this draw, Morozevich was eliminated from the World Cup, having lost the previous day with the Black pieces against Grischuk (the matches are 2 games each).  Morozevich left the tournament hall without speaking to journalists, but Grischuk stayed around and made himself available for comments.

Grischuk was elated with the fast draw.  He had expected a fight to the death game.  Why did Morozevich offer the draw?  Grischuk refused to speculate:  “I think it is up to journalists to find this out – it is part of their job.”


WHAT HAPPENED?
FEAR   OF  FAILURE?

Some sports psychologists define fear of failure as the irrational fear of not succeeding.  Morozevich had lost the first game , a very tense and exciting struggle.  In order to keep his chances alive in the World Cup, it was absolutely necessary to win the next game.  He had nothing to lose by trying.
Perhaps Morozevich did not like the added pressure that a draw would be equivalent to a loss.  A consumate professional with a long history of top-level chess, however, this kind of pressure was not new to him in anyway.
Most likely Morozevich did not want to not win in front of the whole world and his many fans, and took the easy way home.  Now, atleast, he can say that he did not lose.  But isn’t that childish?  Ofcourse, but it is his right.  Morozevich, as a chess player, is an uncompromising fighter.  But today, it was not the chess player who sat down at the beginning of the game.  It was simply the man himself….a man lacking the confidence and resolve to face what needed to be done that day. 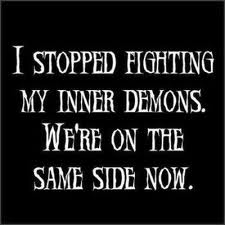