Train your tactical  skills so that when opportunity knocks…

RIVAS GARCIA
Catalan Team Championship.  A sharp Sicilian where Black has foregone castling to try to take the initiative.  This strategy has netted him a pawn, but the Black King must stay in the centre.  For the moment his majesty seems well guarded….
WHITE TO PLAY AND WIN!

im  JEREZ PEREZ
From the Catalan Team Championship last month.  The World Junior Champion has a  positional advantage, but his opponent is hoping that the presence of opposite colour Bishops will offer  drawing chances.  However, his last move (30.Re5) was a mistake…
HOW CAN BLACK DECISIVELY INCREASE HIS ADVANTAGE ?
————————————————-
6.
im  RAUZER,V

im  RAUZER,V
From the 1937 Soviet Championship.  Black is clearly on top, especially with White’s King stuck in the centre.  However, Rauzer is defending as well as possible and seems to have everything under control for the moment…
BLACK TO PLAY AND WIN!
—————————— 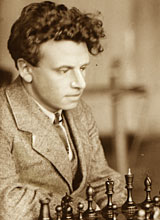 Alexander Fyodorovich Ilyin ( November 28, 1894 – September 3, 1941), known with the party name Zhenevsky, “the Genevan” because he joined the Bolshevik group of Russian émigrés while exiled in that city, was a Soviet chess master and organizer, one of founders of the Soviet chess school, an Old-Guard Bolshevik cadre, a writer, a military organizer, a historian and a diplomat. He was born in St.Petersburg and was the younger brother of Red Navy leader Fedor Raskolnikov.

Ilyin-Zhenevsky promoted the usage of chess as an instrument for developing tactical and strategical comprehension during military training and he was the main responsible for the spreading of chess as a way to teach the basics of scientific and rational thought. The first Soviet Championship in 1920 and the 1933 match Mikhail Botvinnik – Salo Flohr were organized by him.
He was three times chess champion of Leningrad (now again Saint Petersburg) in 1925 (jointly), 1926, and 1929. In 1925, he won one game against José Raúl Capablanc, making him one of a handful of players to have an even score (+1 =0 −1) against Capablanca.
A variation of the Dutch Defence, characterized by the moves 1.d4 f5 2.c4 Nf6 3.g3 e6 4.Bg2 Be7 5.Nf3 0-0 6.0-0 d6 7.Nc3 Qe8, is named after him.
Being personally associated with many oppositionists since Civil War times, he suffered persecution in the Joseph Stalin era. According to Botvinnik and official sources he died in a Nazi air raid on Lake Ladoga on a ship during the siege of Leningrad, but it is believed by some that he fell victim to the Great Purge along with the majority of the Old Guard of revolutionists.
WIKI 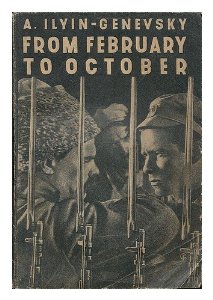